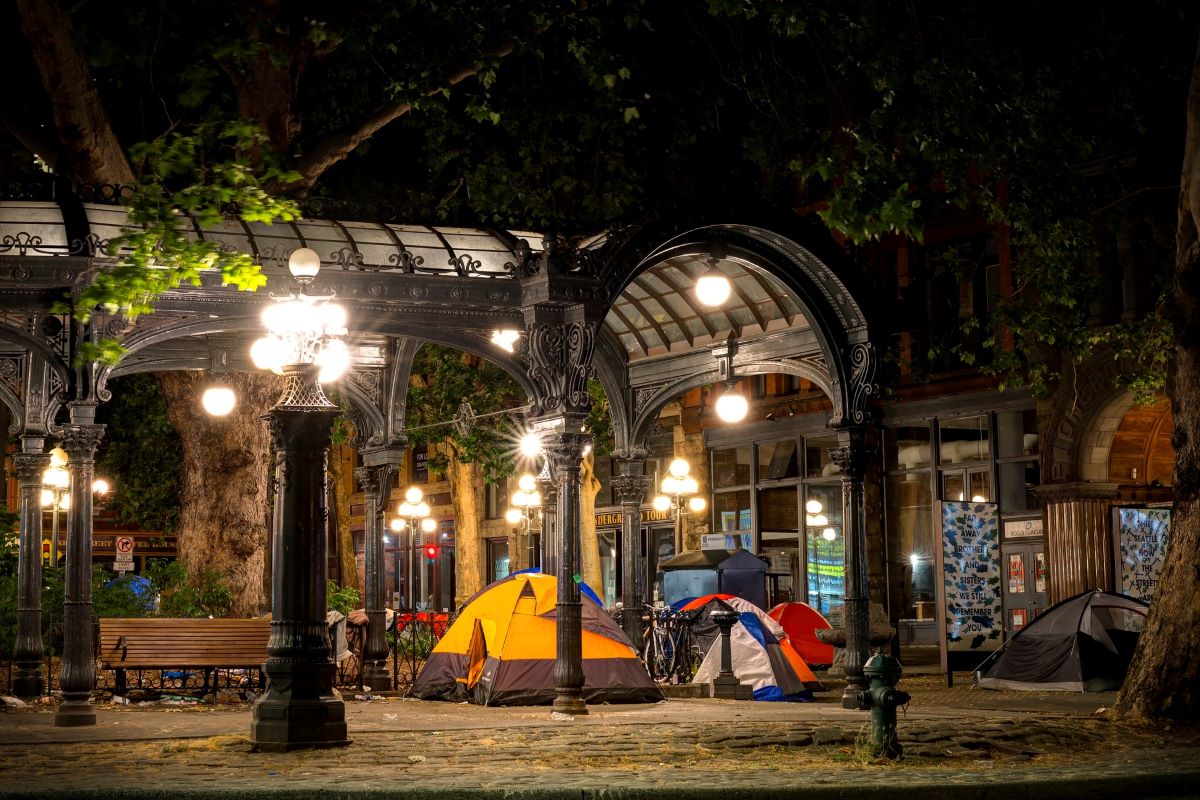 Now and again, we get a glimpse into the desolate underworld of homelessness. It is just a peak, a snapshot, a one-eyed glance through an open blind. But if we look closely, that glimpse can be enough to spark meaningful conversations.

In these rare and fleeting moments, we realize just how unexpected and sudden homelessness can be and how quickly it can lead to sudden, unexpected death.

A recent study released by the Seattle and King County Community Health Services Division offers just this kind of glimpse, a snapshot, if you will, into the lives and deaths of people experiencing homelessness in the region.

On January 1, 2012, Seattle’s Community Health Services Division embarked on a ten-year study into the disturbing trends of sudden and unexpected deaths within the area’s homeless community. Their mission was to provide the public with information regarding the causes of these deaths, along with average homeless life expectancy rates, common locations for deaths, trends in increasing or decreasing death rates, and any noticeable disparities.

The study’s findings were both honest and disheartening. As with most projects examining unhoused communities, data limitations abound.

Researchers state that the analysis is based largely on information collected via the Presumed Homeless Death Report. This database has been published by The King County Medical Examiner’s Office monthly since 2003. The new study, entitled “Report On Deaths Among Presumed Homeless Individuals Investigated By The King County Medical Examiner January 1, 2012-December 31, 2021,” covers the deaths of approximately 1,429 individuals presumed to be homeless as they happened over a ten-year timeframe.

Perhaps the most significant finding of this study is that unhoused individuals die an average of 28 years earlier than the general housed population.

Public Health Insider reports that while the median life expectancy in King County is 79 years, people experiencing homelessness died at the median age of just 51. This is nearly three decades earlier than the rest of the population. These numbers align with the national average, meaning that all across the country, people experiencing homelessness are dying almost three decades prematurely.

The study again confirms that housing is healthcare, and the lack of housing contributes to premature aging and death.

Whenever myth-busting information is released to the general public, the validity of these studies is called into question by some skeptics, especially if the studies are small. While this study contained only information provided by one coroner’s office and one specific location, the data still reflects an entire decade of information. Additionally, these findings are compatible with other more extensive studies released over the years.

Some key findings show causes, disparities, and similarities to other statics:

Drug overdoses or accidental poisoning only account for 35% of the sudden, unexpected homeless deaths.

In our Truth Talk series, we discussed the fact that according to the Substance Abuse and Mental Health Services Administration’s statistics, only 26% of all homeless people are abusing illegal drugs. Even when drug and alcohol addictions are combined, we still see that addiction is disproportionately portrayed as playing a more outsized role in homelessness than it actually has.

This truth shows again here, where we find that even in cases exclusive to the homeless community, only 35% of sudden, unexpected deaths are attributed to accidental overdose/poisoning. Many of these deaths could have been avoided with appropriate services in place.

Another 35% of these deaths are attributed to natural causes.

By natural causes, this study’s authors indicate “a naturally occurring disease process.” However, it’s important to note that there is nothing natural about dying three decades sooner than your peers.

Many people enduring homelessness die from treatable diseases that would have been cured or managed if healthcare had been made accessible. For this reason, study authors have gone on to say that many deaths classified as natural were preventable. These causes include cardiovascular disease, cancer, and diabetes, to name a few.

7% of homeless deaths were the result of a traffic accident.

Homeless deaths from exposure to the elements or severe weather steadily increased yearly.

Fetal deaths were also a significant issue, with 14 reported throughout the decade-long study. This shows how the threat of miscarriage due to harsh conditions caused by homelessness is always present, year after year, in study after study on the subject.

Racial disparities also played a massive role in the study, with Black or African American and Alaska Native or American Indian decedents being overrepresented in homicides, suicides, and accidental homeless deaths. This opens the realm for a broader discussion on the intersections of race, poverty, and premature mortality.

Talk to Your Legislators about Ending Homelessness and Premature Death

Study after study continues to prove that people shouldering the burden of homelessness are dying decades before their housed peers. Most of these deaths occur outside, in spaces unfit for human habitation.

These are fellow human beings being run over by cars, stabbed, murdered, and set on fire. They are dying from treatable diseases that were undiagnosed. They are being denied healthcare, welfare, and services. They are being turned away from shelters and kicked out of the housing market.

Armed with the information above, you can make their voices heard. Contact your lawmakers and tell them to save lives by making housing a human right.