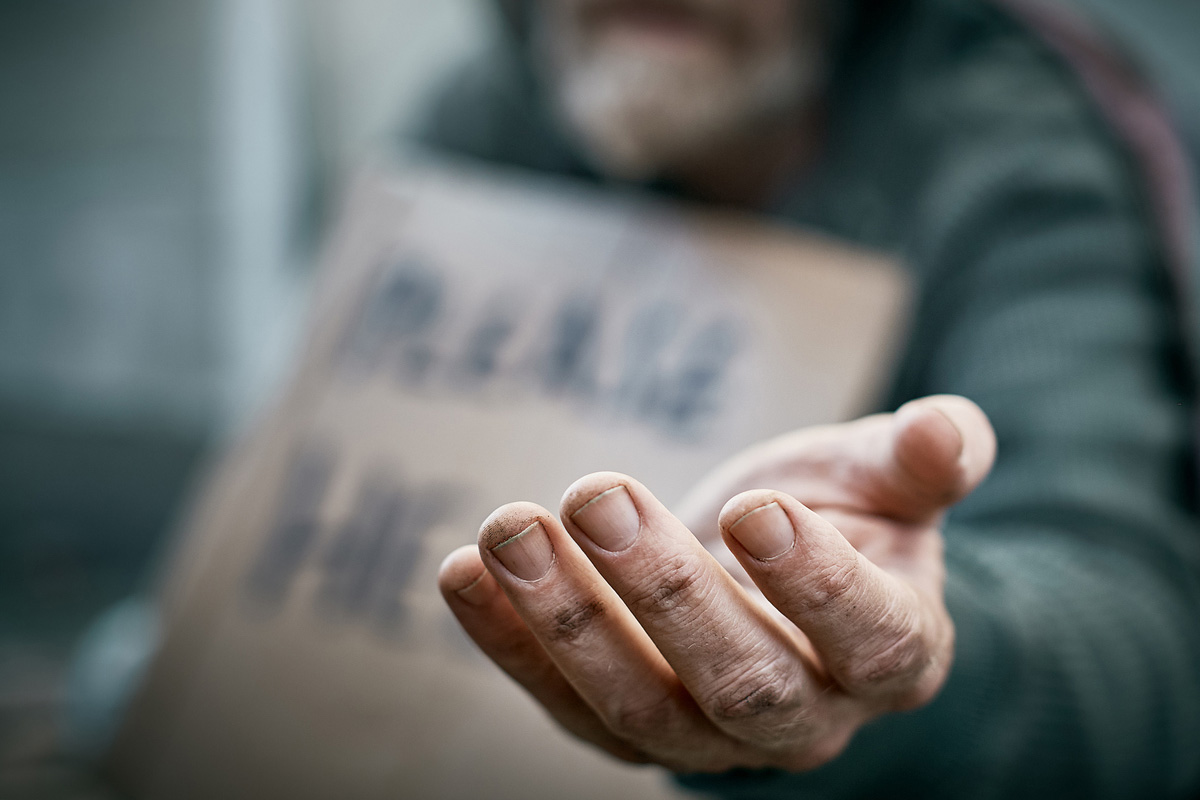 For so many people, the new calendar is considered an act of great hope. For some reason, January 1st is supposed to be some magical reboot, as if the date holds promise of a new beginning. However, time is a man-made concept. And, a new calendar, whether it’s one made of pixels or of paper, changes nothing. Time moves on as it always has regardless of the date. And I do not expect 2021 to be any better than 2020.

I know many people believe things are going to get better in 2021. They believe COVID will die down to a point where life will go back to pre-COVID conditions. The economy will bounce back and jobs will increase, and so forth. Maybe some of that will happen. Maybe not. Homeless people can just expect more of the same.

Now you might think me very cynical in my opinion but I speak to logic, not emotion. We know that the housing crisis did not happen overnight. The seeds were planted years ago. We also know that gentrification prices poor people out of housing. To actually solve the problem of homelessness, we know homes would need to be built specifically for the poor. That requires rent control and government help, which year after year are not government priorities.

We know that real estate is gobbled up by people with money … and they use it to make even more money, not to help others in need. These investors buy people’s homes, demolish them and build overcrowded “luxury” apartments that they can price high. What are the odds any of them will build housing for homeless people?

Year after year, politicians promise to help homeless people … Who remembers that old joke, “How can you tell when a politician is lying? Their lips move!”

Many of these politicians just want to build more shelters. That way, they get the unsightly homeless people off the streets and sidewalks – out of sight, out of mind. According to the housed, they have “solved” the problem as they no longer have to look upon us. They don’t care what happens to people in shelters of if homeless people are ever housed. They just want us out of their sight, not dragging down the property value.

I know there are caring individuals who really do their best to help others. They try to help people get food and shelter and medical care. But they are the minority. As I wrote in last month’s Christmas column, the Dickens era attitude still prevails. Poor and homeless people are blamed for their plight.

The public falsely believes poor and homeless people are just lazy alcoholics and addicts. And a “work ethic” like Scrooge’s is one that is admired and should be emulated. Nothing has changed since that tale was written, so why would it change in 2021? I don’t see the world waking up one day and deciding to change from an acquisition based agenda to a humanitarian based one. Where’s the profit in that?

Homelessness will never completely be solved everywhere. It would be impossible to implement a world-wide system that everyone will use. The Housing First model has a lot of promise but again I ask you, who is going to pay for it? Who is going to invest in this housing? Who is going to give up perfectly good land that could be used for profit to house homeless people?

The fact is, in a world where only money is precious, we do not matter. Until they can figure out a way to profit off of us, then we are of no use.

Even the act of trying to get a site approved for building affordable housing turns into a nightmare. People want homeless people out of sight and away from their neighborhoods. They don’t want them in an apartment building nearby. In town after town all over America, neighborhood committees wage wars to stop the building of low income housing.

So as many people ring in 2021 with hope in their hearts, I do not.

I have hopeless despair, which is based on logical analysis of the situation. Some tell me I am valuable. I am important. How? No I’m not. If I were worth even one penny to this universe, you’d think some lucky break would be given to me.

Instead, I have suffered endlessly year after year, paying for mistakes that I thought were helping people. Like giving up the opportunity of a lifetime for my Down Syndrome roommate, for example. All I solved was making it possible for him to live 2 more years in his childhood home. He was removed from it anyway and I will never get that golden opportunity that I passed up ever again.

So what did I solve? Or staying with my ex as long as I did, only to be discarded into “beggarly divorcement” (to quote Desdemona in “Othello”) when he was done using me to get to my wealthy friends. They’re deceased now, but he did very well upon their deaths.

Over and over again, I put other people’s needs and desires before my own. A line crossed from self-sacrifice to self-sabotage.

It’s not as though I’ve ever been a bad person. I have always tried to choose right action. Yet, I am of no value.

I don’t know how much longer I can hold out. I need a small house in the middle of nowhere, someplace not horribly far from where I am now with just my basic needs met. Not a castle and jewels and riches and big money. I just need a place to make art, to write, to sew. To see the Milky Way and hear owls at night, I want to be in cold and snow. I need to be left in peace.

That’s all I want. But you’d think I was asking for the moon. I don’t expect 2021 to be better. I might not even make it to 2022 at this rate as my health continues to decline and my stress levels continue to rise.

To make it all worse, I injured my leg very seriously back in August. I cannot afford to be on the hook for 20% of any medical bills and tests. I would never be able to get surgery. Even if I could raise the money, I have no place to recover and no one to help me recover. I can barely walk on it and I do not take pain medications. On top of multiple sclerosis, fibromyalgia and all the other issues I have, I just live with yet more pain. So you will forgive me for not sharing the enthusiasm about 2021. I think it’s fair to say that my goose is cooked.