59% of Americans are Just One Paycheck Away from Homelessness 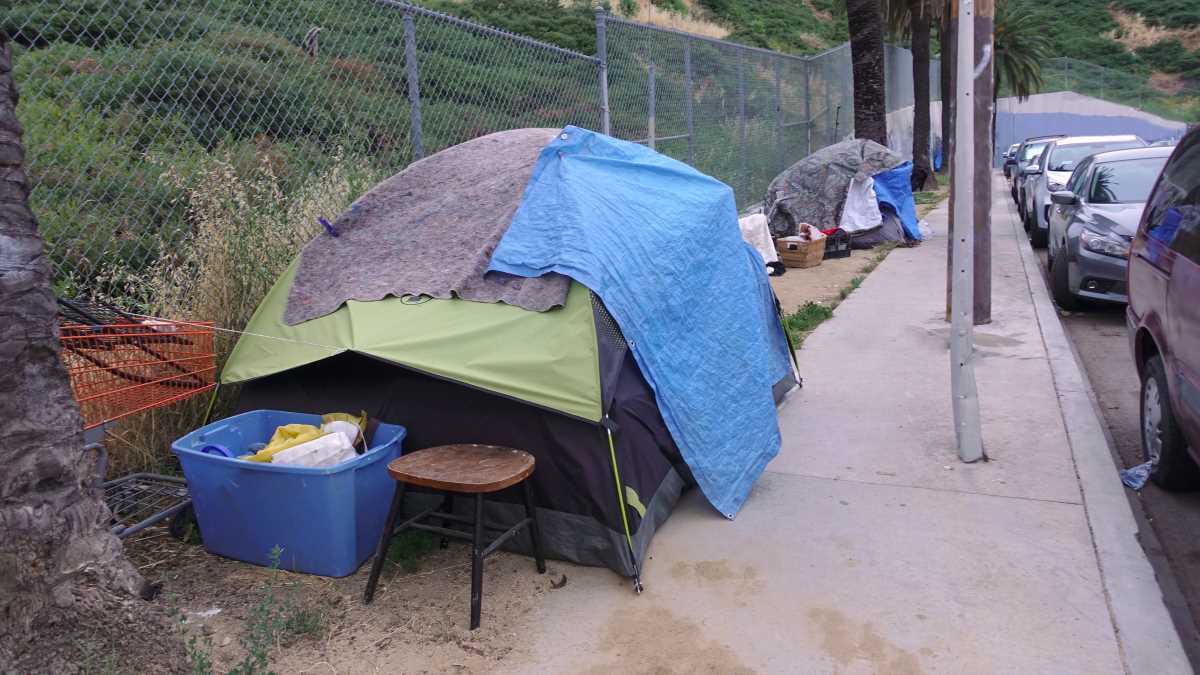 You’re a reader of Invisible People, a noble do-gooder, a thoughtful humanitarian, an activist, an advocate, or perhaps just a quiet observer. You read the homeless education news because you agree with it or because you oppose it, but certainly not because you are part of it, isn’t that right?

What if I told you it’s wrong?

I recently did a piece on pallet shelters and found these so-called “homes”:

Despite these lackluster features, the overwhelming majority of our readers claimed that they would be grateful to live in one of those if they were homeless.

What if I said you’re about to find out whether or not that’s really true?

Entirely too many people who read about homelessness do so from a sympathetic perspective rather than an empathetic standpoint. But for most working-class Americans, homelessness is closer to home than it may appear.

A financial survey encouraging Americans to save more money was released in 2019 and exposed that 59% of Americans are currently at risk of homelessness. In fact, they are all just one paycheck away from experiencing homelessness firsthand. The COVID-19 pandemic did a great deal to expose poverty in the United States and create it. In 2020, national poverty climbed at never-before-seen rates, thrusting nearly 8 million new Americans into impoverished despair throughout one solitary summer.

What Is Driving Poverty in the United States? It Might Not be What You Expect.

One of the most baffling things about poverty in the United States is that historically, unemployment rates can drop while poverty rates continue to increase. Such was the case recently, in March of 2021.

The root causes for the spike in poverty, which is disconnected from the unemployment rate, are as follows:

as being among those who experienced the sharpest rise in poverty statistically.

Question: Based Solely on the Information Above, Who is at Risk for US Poverty? Answer: In short, everybody. Meaning probably you!

What is Driving Homelessness in the United States? This Answer Might Also Surprise You.

Poverty now tops the chart as the third-leading cause. All of the top three causes relate to poverty in a significant way. While the government has recently spent billions to save the economy and salvage what remains of the nation’s middle-class, attempts to raise the minimum wage have failed miserably. For over 20 consecutive years, rents have risen higher than wages, creating a mass epidemic of rent burden. Housing purchase prices have also increased, making homeownership a dying dream for millions of US citizens.

When mixed with wage stagnation and an economic nosedive, the affordable housing crisis has given way to a future where the vast majority of US residents are walking a tightrope that hovers just above the horrors of homelessness. Anyone at any time could fall right in.

This Is About You. Homelessness Can Happen to Anybody.

When I write about homelessness, I’m not talking about some stranger lurking in a dark alleyway who you’ve never met before. I’m talking about you and me and your parents and your children and their children. I’m showing you a very realistic outline of what the future looks like based on current trends in finance and housing.

*Please Note: These numbers reflect the poverty rate leading up to the passing of the American Rescue Plan. There is not yet enough available data to show if recent government efforts have served to curb poverty in a statistically significant and lasting way. What is clear is that wages have yet to keep pace with housing and rental prices. Either way, there is still more work to be done.

Contact your legislators today and apply the pressure to make affordable housing a reality.