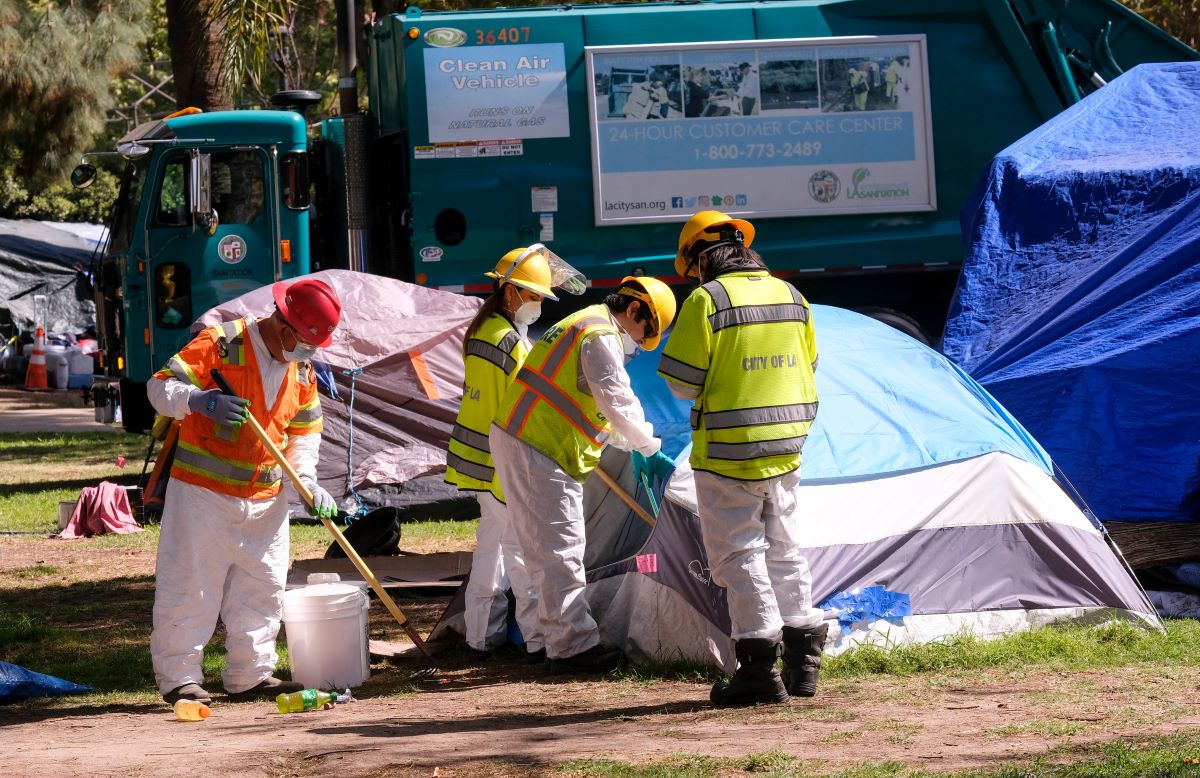 A new report describes the way Los Angeles responds to homelessness as a system that perpetuates “permanent displaceability” by shuffling people in need of housing around the state.

The report was authored by the After Echo Park Lake Research Collective (EPLRC) and the data team at the UCLA Luskin Institute on Inequality and Democracy, which includes both academics and people with a lived experience of homelessness. It focuses on the efforts to remove homeless encampments from Echo Park Lake between Historic Filipinotown and Angeleno Heights, two of the city’s fastest gentrifying neighborhoods.

According to the report, Los Angeles has created a system where “political claims of housing placements legitimize such displacement but rarely result in housing outcomes.”

“The Echo Park Lake enclosure and eviction is a turning point in Los Angeles,” the report concludes. “While neither unique nor unprecedented, it marks the coordinated mobilization of public resources, from policing to homeless management services, for the purposes of state-led displacement.”

Echo Park Lake became a flashpoint in Los Angeles in March last year after the city mobilized more than 400 armed police officers to remove a group of homeless people that had been living at the park for months.

Following the displacement, Jose Ramirez, the city’s deputy mayor for homeless initiatives, said all 193 people who lived at the camp “will be placed in stable housing within a year.”

However, a review of city data regarding the displacement by EPLRC found that Ramirez’s prophecy has not come true for a majority of the Echo Park Lake residents. Of the 193 people who were displaced, just 17 have been placed in housing units.

As of February 9, the report states that 82 people had “disappeared” from the Los Angeles Homeless Services Authority ecosystem to unknown locations. Another 15 people returned to homelessness, and six people died.

In an interview, one Echo Park Lake resident named Ayman told Invisible People that the city’s means of dispersing homeless camps makes it impossible for people living on the streets to rebuild their sense of community.

During the pandemic, residents at Echo Lake Park built several pieces of infrastructure at their camp that Los Angeles officials were not providing. Some examples include a medical tent, a community garden, a kitchen, and showers. All the items needed to build this infrastructure were given to the camp by the surrounding community, according to EPLRC’s report.

“Just because you’re living outside doesn’t mean that your lifestyle has to change,” Ayman said. “The concept of community and love doesn’t die out when you’re house-less.”

Other residents like Bobby, who has been homeless “off and on” for more than 20 years, told Invisible People that he has never seen tactics like the ones used by Los Angeles police officers to remove homeless encampments.

Bobby said officers broke his cell phone, threw his clothes in the mud, tore up his tent, and threatened to arrest him for a misdemeanor warrant that was more than a decade old. According to the California Penal Code, the statute of limitations for misdemeanor offenses is one year, though arrest warrants for such offenses don’t expire.

“I’m not happy, and everybody who lives at my camp is not happy,” Bobby said. “The only crime I’ve committed is being homeless.”

“While the unhoused are willing to repeatedly respond to street outreach and enroll in programs, the system is a shuffle, where people are moved from one placement to another, creating the appearance of activity but with little change in their housing status,” the report said.

The report also said that many of Los Angeles’s programs to help people escape homelessness are counterproductive. Project Room Key, which was designed to provide temporary housing during the pandemic, is an exemplar, the report said.

Several residents described the program as “Project No Key” because they were moved from unit to unit without ever transitioning into stable or supportive housing. Instead, the project simply served to create a “ruse of housing” where success is measured by placing people in housing units rather than providing stable housing.

“Housing placements are not housing outcomes,” the report said.

If you live in Los Angeles, visit and support Services Not Sweeps, an LA-based coalition made up of over 35 community organizations demanding a care-centric approach to homelessness and the end of criminalization.

Contact your officials and representatives. Tell them you support revamping the way your city addresses homelessness. Handcuffs do not get anyone closer to stable housing. Instead, we need to focus on compassionate solutions, which is the first step to ending homelessness once and for all. 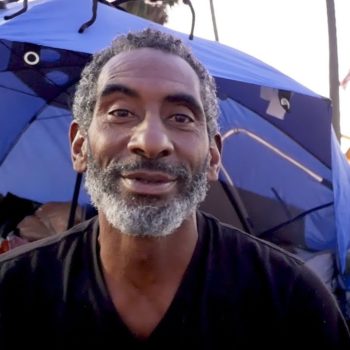 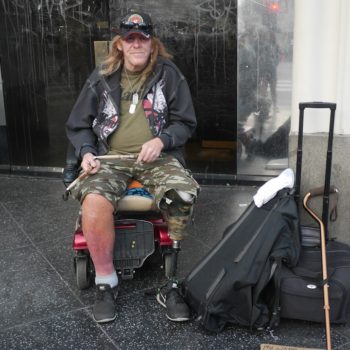