Are Open Streets Really Open to Everyone, Including Homeless People? 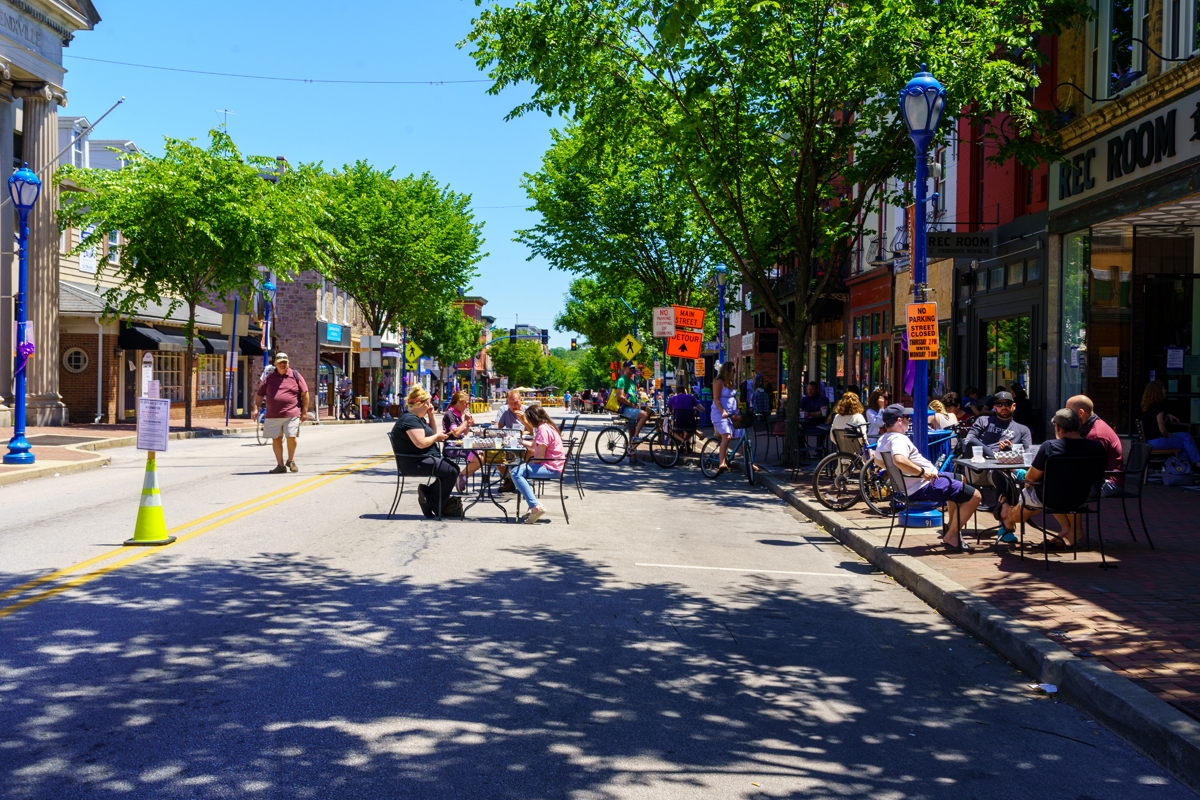 Social distancing and dining on the main thoroughfare is on display in Phoenixville, PA.

The ongoing COVID-19 pandemic is reshaping urban life. That ranges from urgent efforts to house homeless people in vacant hotel rooms to cities reevaluating how to use roads. Across the country, local leaders are testing and expanding closing streets to cars and creating pedestrian thoroughfares. And it’s a marked shift away from years of urban design that stripped accessible elements away from open spaces, a trend that directly targeted homeless populations.

Cities round the United States are exploring or setting up these pedestrian friendly streets. The goal is to help increase social distancing for pedestrians and restaurants that are allowing outdoor dining. Cities like Minneapolis, Oakland and New York City have already created “safe,” “slow” or “open” streets. Oakland Mayor Libby Schaaf said the reduction of car traffic during stay-at-home orders was a reason the “Oakland Slow Streets” program was viable. New York City has been particularly ambitious with several miles of streets closed across all five boroughs. The plan is to create a total of 100 miles.

In practice, streets are closed to cars. This allows restaurants and other businesses to extend seating and service outside of their buildings onto sidewalks or parking spaces.

The moves require permitting, such as in Los Angeles. Unlike public parks, which have closed due to large crowds, these streets have private businesses and restaurants moving onto sidewalks and roads. Those entities take over that space in operation. It is unclear how accessible and open these open streets are compared to parks, especially for unhoused people.

Since the outbreak of the coronavirus, unhoused people have sought limited hygiene resources available to the public.

In Los Angeles, for instance, that manifested in larger encampments near parks with public bathrooms, or sites with hygiene stations set up. This allowed homeless people the ability to clean up and avoid getting sick. Health experts say the best ways to avoid contracting the disease is to regularly wash hands and maintain social distancing.

Some urban planning experts say the inequalities in public space haven’t changed. What existed prior to the pandemic and the expansion of pedestrian thoroughfares will be maintained in these new open street plans.

“This isn’t a new issue,” said Dr. Destiny Thomas, a transportation expert. “The same barriers to access that existed before are being exacerbated. The same poor lighting, overpolicing, and the same toxic atmosphere of a space doesn’t change with it being an open street. It’s not an invitation for those who haven’t been able to access it before.”

Many proposals cite existing walking plazas in places such as Barcelona. Municipalities have used Paris’ sidewalk cafes as inspirations for outdoor dining. But in the United States, years of installing “hostile architecture” has left public streets and plazas less inviting to everyone.

Elements of hostile architecture vary. Some can be as direct as spikes along platforms. Others can be less obvious, such as arm rests separating seats along benches so people cannot lie down on them. Planners design these features to deter homeless people from utilizing those public spaces.

In other cities, such as throughout the Bay Area, there’s even an absence of architecture. There are no benches, no places to sit at bus shelters, and little foliage or space to stop. In the majority of the different open street plans in effect or in discussion across the country, the focus has not been about restoring accessible architecture. They are simply shutting down the spaces to cars.

“[With open streets], there’s no adding bus shelters, no tree canopies. It’s for the pedestrians, but not for the person,” Thomas said. “It’s for the theoretical pedestrian.”

In that regard, public infrastructure within slow or open streets could come much later than accessibility.

The plans focus on increased pedestrian flow in part due to the health concerns of social distancing. However, where planners set up these programs could leave many people disadvantaged or left out of policies meant to help the public, experts note.

Naomi Iwasaki, an urban planning and transportation consultant, said many groups lobbying for these pedestrian-focused spaces are people of greater means. They have the time and resources to organize and lobby officials. Iwasaki added efforts to make streets and roads safer for cyclists and pedestrians are not new. However, the pandemic is heightening the rate in which change can be accomplished.

The other matter is who enforces how open streets work. In many cases it’s individual entities, be it specific groups, restaurant owners or business improvement districts. In San Francisco, for instance, the city issues permits for closures. But it’s up to applicants to manage and set up markings, according to Nick Chapman, who manages street closures for the San Francisco Municipal Transportation Agency.

“The maintenance and security question is really where the truth comes out,” Iwasaki said.

Thomas noted that many of these proposed or newly implemented pedestrian-focused policies come from good intentions, but can unintentionally fall back on preexisting inequalities.

“The competition for curbside space between those who want to sit outside or be at eateries, or have access to that space like delivery drivers and people who ride bikes, those issue are coming up because none of those proposed concepts are thinking about use of those space, beyond the comfort and recreation of people,” Thomas said.

Too Soon to Tell

Iwasaki noted that in some cities, such as Los Angeles, the slow streets rollout is too new to see if homeless people are actively excluded. However, if these programs do continue, she said the biggest issue in regard to accessibility will be where these streets are closed off to cars, and what neighborhoods are connected. And that goes back to who will be able to push for these kind of changes.

“The people who have the time, means and access to make these requests will be able to. And those who don’t, which is far more than there were pre-pandemic, won’t have the resources to,” Iwasaki said. “It’s really possible [that there could be] hostile action against those who don’t have that capital.” 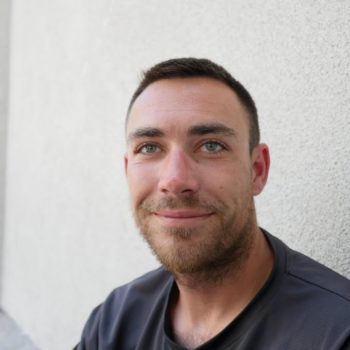 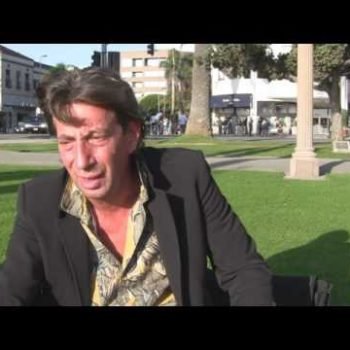