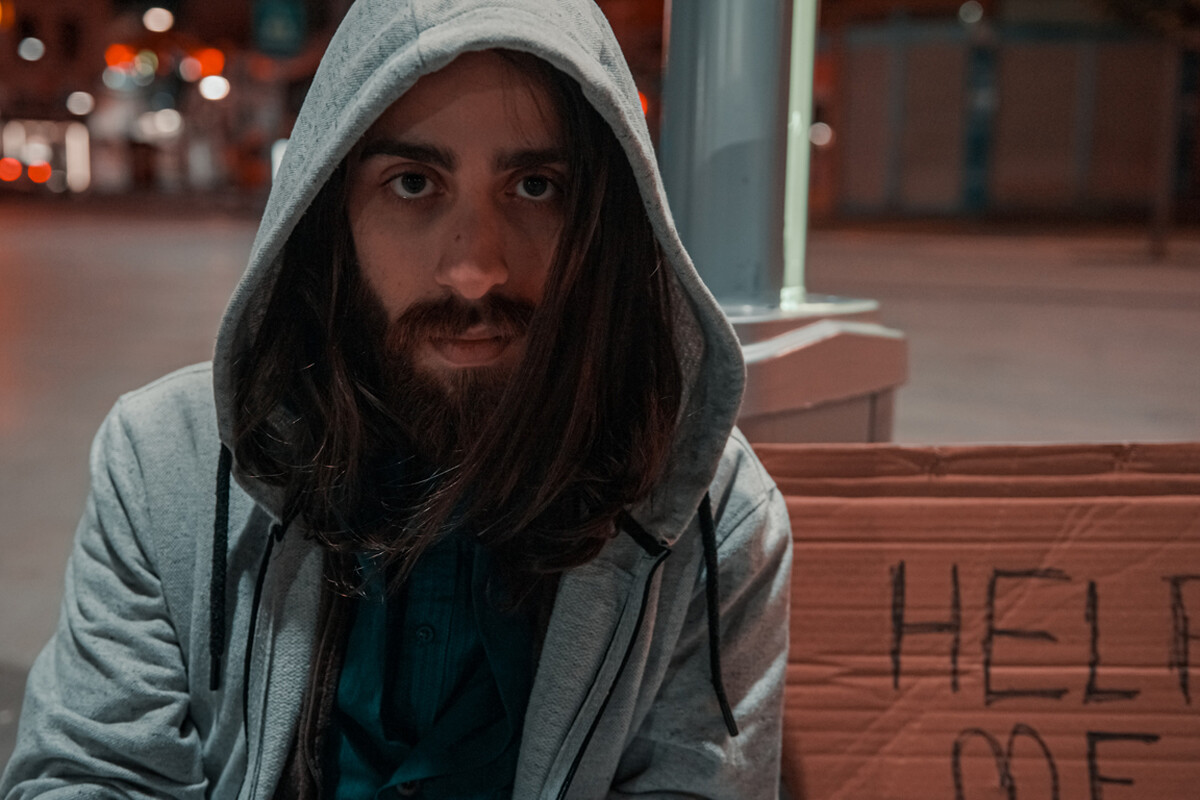 Our perceptions can be quite different from the realities of how things are. Each of us has a lens through which we experience the world, shaped by our own lives and experiences, our upbringing, our peers, our social status, our entertainment choices, etc.

This gap between perception and reality is significant when speaking on something already controversial:

Let’s look at some common perceptions then compare those perceptions with the realities of homelessness.

Myth: Homelessness Is a Choice

Reality: Homelessness is a result of many factors, the most influential of which are structural faults.

According to the most recent annual survey by the US Conference of Mayors, major cities across the country report the top causes of homelessness among individuals in order as follows:

Reality: Homeless people do want to work. But there are many intrinsic challenges involved in getting a job and keeping it.

This myth is categorically false.

As previously documented on Invisible People, many homeless people are well educated and seemingly in a prime position for viable employment, but struggle to find opportunities to ply their trade.

Regarding their desire to work, the popular sentiment goes something like this: If they really wanted to work, they would be. The Los Angeles Times found that of the homeless individuals surveyed, “nearly 60 percent are working or actively looking for a job.”

And why wouldn’t they want to work? Every day on the street is a struggle. It’s a struggle to find food and secure sleep, a struggle to keep themselves and their property clean, a struggle to stay healthy. Homeless people are acutely aware that employment is the answer to a large chunk of the issues they face daily. But while a job is the answer, homelessness is ironically the barrier to securing said employment.

This is a big one. A 2018 study revealed that 88.2% of people surveyed believed that mental illness contributed to homelessness, with another 88.4% viewing drug and alcohol abuse as the main contributor.

As previously mentioned, mental illness and substance abuse rank low as causes of homelessness. They are well below the lack of affordable housing, unemployment, and poverty.

Reality: Housing homeless people is more cost-effective than supporting someone who is chronically homeless.

Studies show that using a “housing first” philosophy has resulted in reduced numbers of homeless people and is proven to be fiscally responsible. Housing first reduces hospital admissions and police interventions. Health care costs also drop dramatically for people who are provided with supportive housing.

Beyond saving taxpayer dollars, housing previously homeless people empowers them to rise to the challenges of finding stable employment, addressing health issues, and escaping violence from life on the streets. People in supportive housing are in a better position to contribute to society.

The reality is that it’s too expensive not to house homeless people.