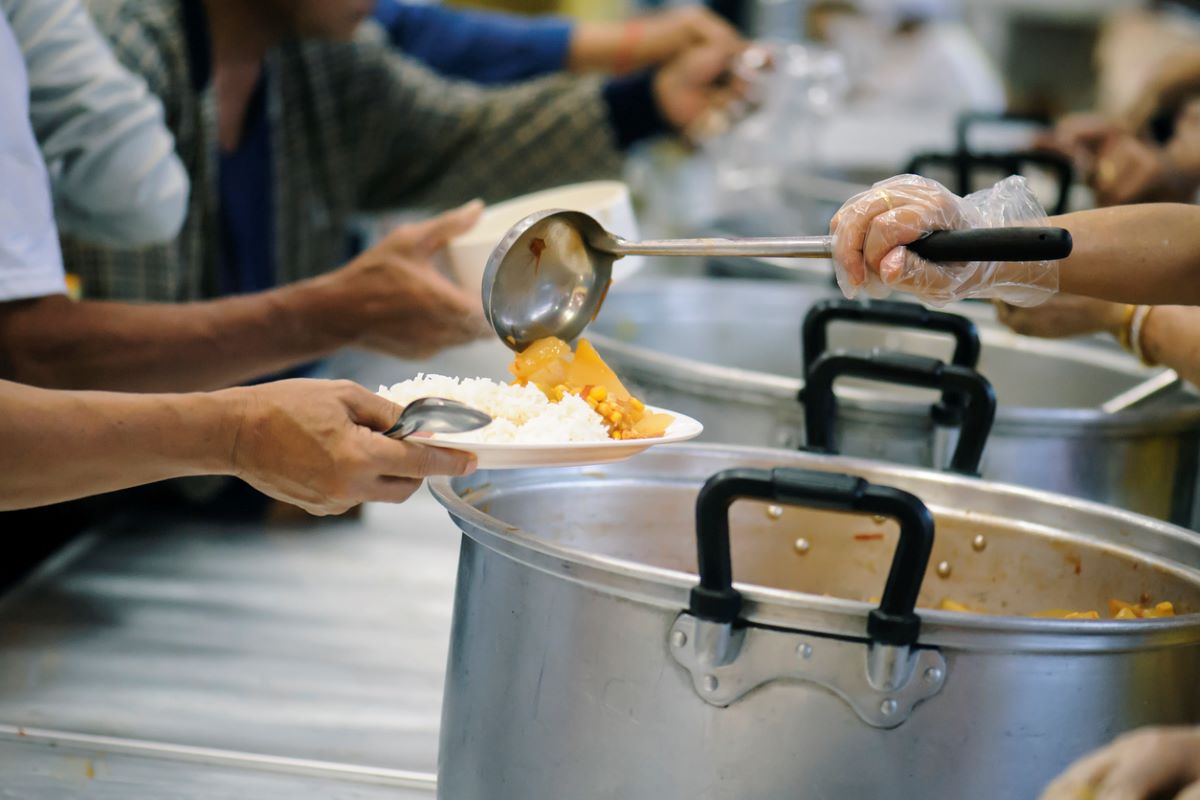 I woke up on my 32nd birthday, made a cup of coffee, and opened my laptop to find an email forwarded from Mark, founder of Invisible People. It was written by a man in Ireland who had just read my piece from 2019 titled Breaking Stereotypes About Homeless People. Not only did the post resonate with him, but he wanted to get in touch. It wasn’t long before we became friends.

This is how I met Volker, from Dublin, who inspired a series of emails and eventually this post.

I reached out to him last month, thanking him for not only reading my post, but for being an ally to homeless people and for serving on the “frontlines” because we need the soup kitchen laborer just as much as the social worker. And from his emails, it seems he is a little bit of both.

When it comes to breaking stereotypes, as I wrote about in that article, I think no one does it quite as perfectly as someone like Volker. Breaking stereotypes requires stepping into the space and lives of homeless people and connecting with them. Food is a great way to do this.

Food is also a great place to start a conversation and get to the core of homelessness.

Volker wrote: “I work for a soup kitchen in Ireland. I see homeless people every day and will most likely become homeless, too, in a short while. I have a mental illness. I was high on the ladder once, then I fell. Almost nobody cares if people become homeless. They were a part of society once, but now they’re not.”

It was that last sentence that really hurt my heart.

Because as a formerly homeless person with homeless friends, I can assure you that homeless people are indeed part of our society. You could have a homeless classmate or homeless coworker for all you know. But that way of thinking, our sense of otherness, is very much encouraged and maintained by capitalism.

From Dublin to New York City, capital is power, and it drives the classism many subscribe to today.

Volker wrote: “We have a serious housing crisis in the Republic of Ireland. In Cork City (where I live), luxury apartments are being built, but there is almost no room for poor people. On the other hand, thousands of houses and apartments remain vacant. If your application for social housing is accepted, you will be put on the waiting list. Waiting times are now over a decade.”

I was almost shocked by the similarities. My experience with public housing applications in New York City, and Volker’s experience where he lives, in Cork City, are almost identical. When I noticed how long I’d have to wait, I thought – forget it. It’s not even worth it. If access to housing and wealth inequality is still this bad in 10 years, I’ll probably have even bigger problems.

Capitalism breeds classism and, in turn, allows the rich to get richer and the poor to become poorer.

Capitalism ensures that homelessness continues to grow in every corner of the modern world. Why is this? Capitalism requires the exploitation of the many (the poor, the homeless, and the working class) by the few (the rich); capitalism’s selfish nature encourages this exploitation.

For this to work, the majority (us) must be divided, by systemic racism, for example. All oppression serves capitalism. While we struggle against systemic oppression, be it racism, sexism, or ableism, many still idolize the rich. The poor want to join the rich, and this attitude is what keeps this system intact.

It’s the homeless person spending $2 on a lottery ticket, fantasizing about one day leaving that homeless shelter with a million dollars, which will never happen. But that is enough to keep the dream alive – to accept inequality, exploitation, and oppression.

I think about how that same man, residing in a homeless shelter, is being exploited daily by capitalists who receive thousands of dollars in government funding to house him in a shelter, which is often just a step up from prison.

But it goes far beyond that. What allows this to happen is our classism encourages us to point fingers at each other instead of the folks in power and the policies that allow these inequalities to exist in the first place. The homeless person is not your enemy, no more than the single mother on welfare is your enemy. We are on the same team.

Volker reflects on one of his regulars at the soup kitchen, Brian:

“People usually don’t talk to homeless people. Every day I see Brian. People are afraid of him. But Brian is the nicest guy you can imagine. He has almost nothing, and yet he insisted that I would share a bag of sweets with him. I am not afraid of people like Brian. I am afraid of people who are afraid of Brain, who treat him badly.”

Today, it is normal to look away when we see a homeless person while accepting and rationalizing the inequalities. Internalized, we can turn on each other – against other poor, homeless, and working-class people, further dividing our communities. As a result, our attention is diverted away from the policies that benefit the rich, powerful, and elite. Instead, we place all the blame upon each other.

Remember, you have vastly more in common with a homeless person than with a rich person. Many of us are a few paychecks away from sitting at Volker’s soup kitchen, including Volker and me.

When we look at homelessness, at classism, on a global scale, we can see that the cause and effect are very much the same in many places. That means the problem is that much bigger and more profound.

But that doesn’t mean that our work in our own communities doesn’t change lives – because it does.

Volker changes people’s lives every day simply by feeding them. If not me, then who? That’s what I often ask myself. If not Volker, then who? I hope one day, that question won’t need to be asked at all. But until then, I hope the answer is perhaps you. If not me, then you.