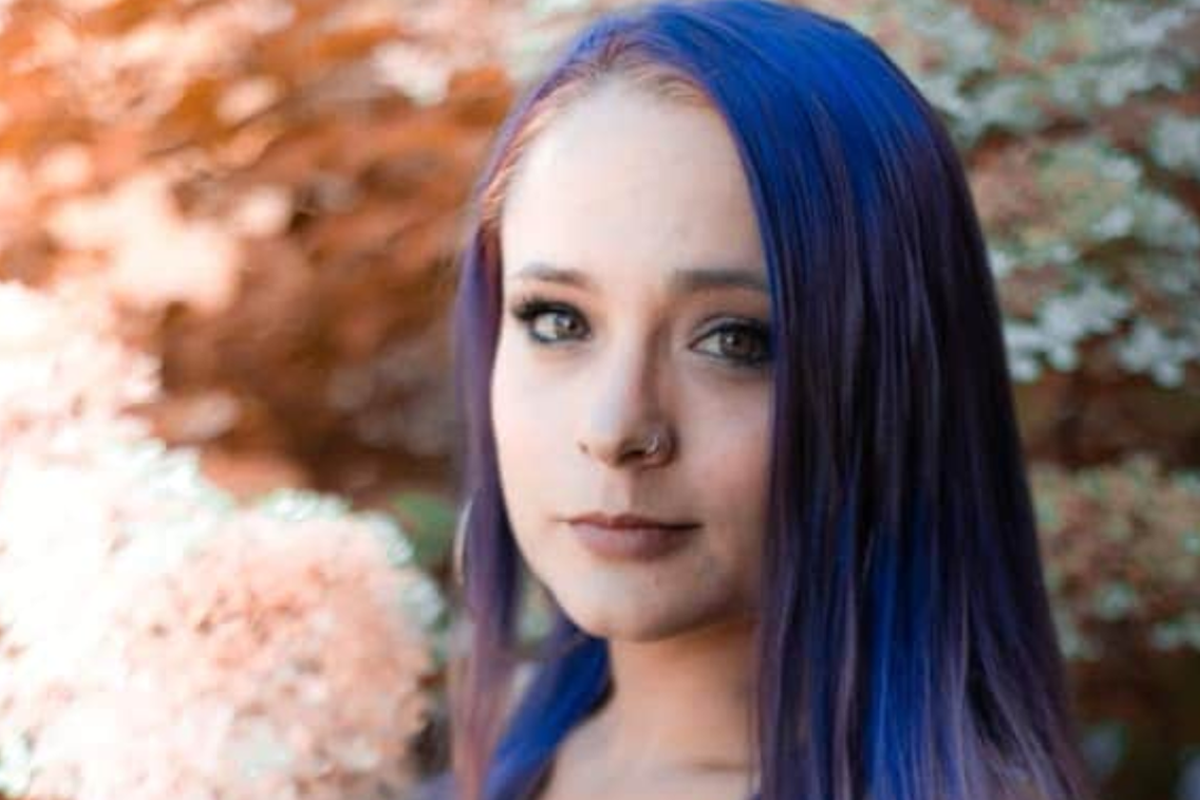 ‘A normal life still feels very much out of reach, but I’m trying.’

Katrina is a survivor, but she struggles to feel accomplished. Her past keeps her awake at night, and it disrupts her journey, as she still searches for a better life.

Katrina is currently four months pregnant, and living in a seemingly stable domestic situation. The Cornwall, Ontario native is hopeful for the future. A future without upheaval and anxiety, where her life can get on track. She exhumes a warmth that is attractive. She is welcoming and engaging. Although the wounds caused by her pitfalls are still very fresh.

A rising cost of living and the challenges of independent living still bring rise to worry that her situation could still change. Precarious housing is still a reality for her. To call her situation ideal would be to ignore complicated health conditions, strained relationships, a collection of disappointments, and a worry that her financial supports may not always be there to cushion the blows of bad luck.

While her situation is complicated, and her worries are real, she was still very eager to share her story. Hoping that her tribulations could help others recognize the traumas and issues that might lead to rough sleeping, Katrina willingly spelled out her unique story. She opened up about the reoccurrence of her homelessness. She told her stories without filter. And she illustrated how what happened to her could happen to almost anybody.

“I was living with my boyfriend for three and a half years, and then we broke up,” she said. “It was my fault on that one, but these things happen.”

This is a familiar story that many of us have heard before. A common change in a codependent relationship, and things unraveled slowly.

“My relationship with my landlord was great. I paid my bills on time. My last month wasn’t the greatest, but I made due. And after my ex-boyfriend and I broke up, he eventually asked me to leave. I didn’t want to fight the issue as the breakup was my fault,” Katrina said. “Being heartbroken and feeling guilty, I thought I deserved what was happening to me. Before long, I found myself without a path forward, only beginning to realise the damage I had done.”

Heartbreak is a common reason for housing displacement. Many of us know the pain of making unwelcomed changes, facing our mistakes head on, and feeling as though we have lost our social circles. Often times, it is our familial supports who hold us close as we rebuild, opening their doors and comforting us as we learn to redesign our destinations.

Unfortunately, that support was not forthcoming in Katrina’s hour of need.

“My family was less then surprised by my predicament,” Katrina explained sheepishly. “They thought it would happen sooner, and were surprised I kept my relationship in tact as long as I did.”

“I’ve never had a great family support system, my whole life. I feel like my mother doesn’t care for me much. My father hasn’t been in my life all that much at all. I haven’t talked to him since I was 12 years old,” she admitted.

Now at 28 years old, 16 years has passed without a father figure to lean on.

“If I’m being honest,” Katrina said with vulnerability, “I have felt worthless and useless for half of my days on this planet.”

Like many who struggle with depression, a compromised mental health, and may be lacking positive social supports, Katrina definitely fell into some traps. Struggling with addiction issues and making some nihilistic decisions, Kat was often at her lowest before she made the decision to pull herself back from the brink of self-destruction.

“Recovery came at a cost,” Katrina said. “Some good some bad.”

“The good for me is that I’m now an active mother in both my children’s lives for the first time, and I’m very happy about that. The bad side to recovery is that I feel like I’ve lost myself in trying to find myself without knowing who I am.”

Returning to the original theme of the discussion, Katrina shared her worries about sustaining her lifestyle and recovery. She explained with angst how her journey towards health and wellness has not necessarily led her to a permanent location.

“It’s hard to look for housing when you can barely afford to live in a run down, one bedroom shack. But I’ve managed to find somewhere for the time being that is safe for me and my children.”

Katrina explained how her current living arrangements still far exceed her previous places of refuge, even in spite of her current limitations.

“The weirdest places I’ve lived is in the cemetery. I had nowhere to go, and it was the only place I felt safe and comfortable. I don’t feel safe many places anymore but I know I can walk to a cemetery and always find a place to cry about my problems, and no one will ever interrupt me or make me feel out of place.”

When asked how she is dealing with this newfound stability, Katrina wears her survivor’s guilt. Her experiences sleeping in graveyards, couch surfing, and ending up in toxic relationships have affected her mentally. She wrestles with this daily, even as she embarks on a future focused on health and family.

“You see, people often view me as this strong woman with a good head on my shoulders, because I’ve lived through more heartache and trauma than any 28 year old should. And as flattering as that is, my mental state is often rocky and shaken. I am constantly struggling with trust issues, and riddled with PTSD (post-traumatic stress disorder) symptoms. All of this on top of suffering with OCD (obsessive compulsive disorder) and rapid bipolar.”

“A normal life still feels very much out of reach, but I’m trying.”

Katrina laughed while recalling the unique and often negative experiences she had interacting with the public, while in the midst of her crises.

“I was a 26 year old, with purple hair and covered in random-ass tattoos,” she said. “Some are nice, but some are questionable at best. Katrina winces with humility. “The looks I would get, and I sometimes still get are unreal. The comments I would hear were that I deserved to be where I am, because I made my life that way.”

“People assume I deserved my hardships, just because I looked different.”

Even now, as things seem to have improved, Katrina mourns the loss of her freedom and aspects of her individuality.

“Even now, I feel like I can’t be who I want to be. I can’t express myself and feel human anymore,” Katrina said remorsefully. Still, even as she struggles with her depression and regret, she reminds herself that the improvements she has made and the paths she has charted have allowed for something special to take priority.

“My passions are my children! My children are in my life. And my life is worth living for them.”

With that attitude at the centre of her next steps forward in life, here’s hoping that her regrets can one day be replaced with the confidence to say that she is doing better for them today then she has in the past. And that her past is merely a footnote in her journey, meant to teach her the strength to be more for them than some others had been for her.