Could Homelessness Really Increase by 49% in the Next 4 Years? 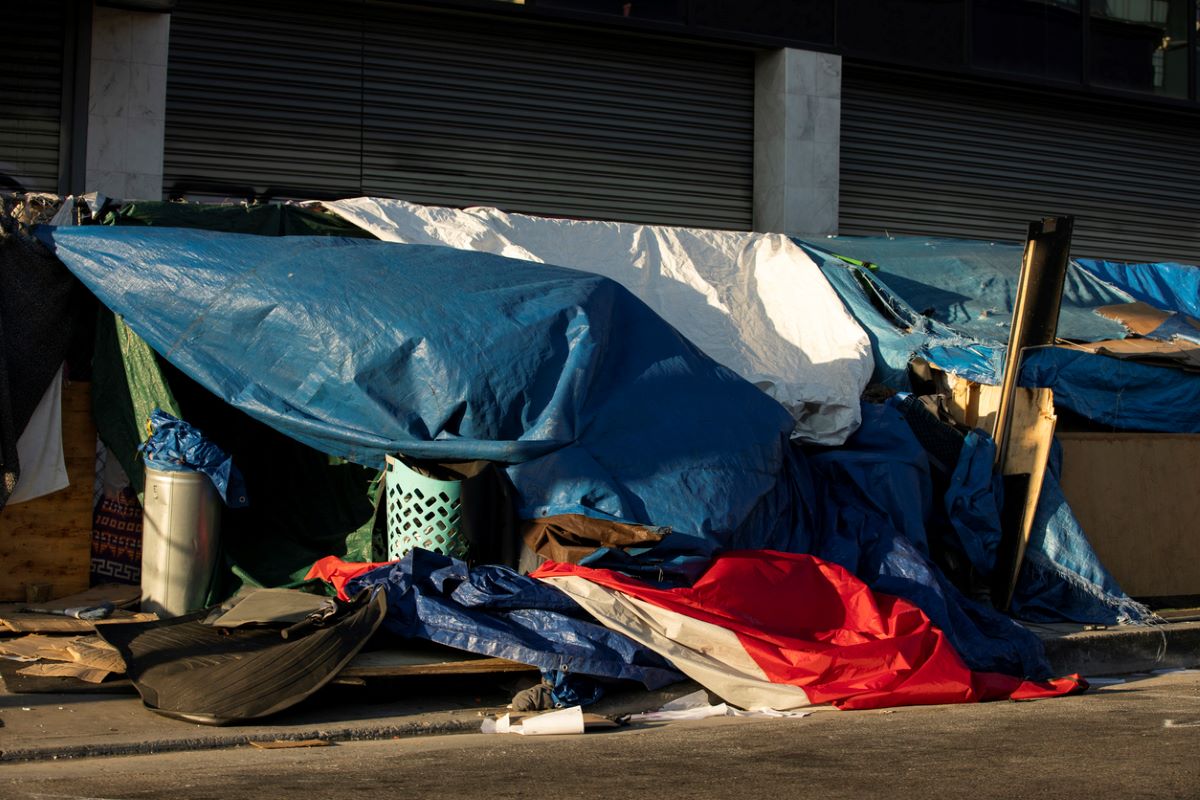 Homelessness can’t hide forever because the truth is we all know that it’s there. Evidence of homelessness is everywhere we go.

Even if it appears hidden under a blanket on a neighbor’s sofa because a recently evicted individual has resorted to “couch surfing” as a way of life, we can still find it in the eviction rates if we dig deep enough.

Even if it gets pushed out of sight by uniformed officials who clear encampments under the threat of violence or prison sentences, it only moves across the street.

And even when entire streets and cities are cleared to make way for spectator events or public speeches, evidence of homelessness is steeped into the architecture visibly bare. Those steely spikes and slanted benches, street dividers, and raised grates poking up out of the sewer system tell a harrowing tale for those of us who pay attention.

But in this era, in post-pandemic 2022 America, homelessness has become visible even to those not carefully scanning for the architectural details, the gaps in the data, and the national wealth.

It has become evident to the everyday person who sees this unsettling trend in motion and takes notice, rather than simply shrugging it off.

According to the Economist, we are not just collectively imagining a harsher environment. By HUD estimates, homelessness has increased by 30% since 2015. Now, in the shadows of war and other international emergencies, some experts claim it could increase again by as much as 49% in the next four years.

A 2021 Study Entitled ‘Locked Out: Unemployment and Homelessness in the COVID Economy’ Projected a 49% Jump in a Four-Year Timeframe

In January of 2021, Economic Roundtable researchers presented this shocking conclusion after carefully comparing COVID economy trends with unemployment and hardships from the 2008 recession. The study zeroed in on mass layoffs, categorizing them by industry, and identifying the most vulnerable as:

Based on these findings, the researchers agreed that homelessness was likely to increase at a rate double that of the 2008 recession. That number eventually adds up to 49%.

The research was so astounding it ended up on major media broadcasts like “Last Week Tonight” with John Oliver. It graced the pages of major publications like USA Today and the LA Times.

A lot has changed since the start of 2021. There have been stimulus packages and rescue plans. There’s even been some talk of building more affordable housing. Under these circumstances, should we still anticipate this astronomical increase in homelessness?

Like most things that require years of analytical research, the answer is… It’s complicated.

To quote the National League of Cities, “the PIT Count is widely considered to be a severe undercount of the homeless population” to begin with.

According to HUD data, there were approximately 580,466 individuals experiencing homelessness on any given night in America in 2020. Note, though, that number reflects only one specific night. It’s a point in time if you will. And that snapshot is far from projecting the whole picture.

In 2014, the Washington Post reported that 2.5 million American children, or 1 in 30 nationwide, were homeless at some point during the school year. Herein lies a massive conflict in statistical data, especially if homelessness has increased 30% since the original article was published.

The long answer is the kicker, though. It all comes down to you.

Only you can stop homelessness from increasing by 49% or more in the coming years.

No matter how we tally homelessness, one thing experts do agree on is the fact that it’s increasing. Furthermore, any data we have on-hand is an undercount at best.

Making matters much worse, though, is a political shift toward the criminalization of homelessness. This is seeing a great deal of support from taxpayers who are mostly misinformed of the facts.

When the people came together in collective protest during the pandemic, demanding aid for themselves, their neighbors, and their families, the government responded with aid. We can do the same thing here if only we move wisely and in a unified fashion.

Contact your legislators about removing legislation that criminalizes homelessness and poverty. Replace it with laws that make housing a human right. Urge your friends and family to do the same.