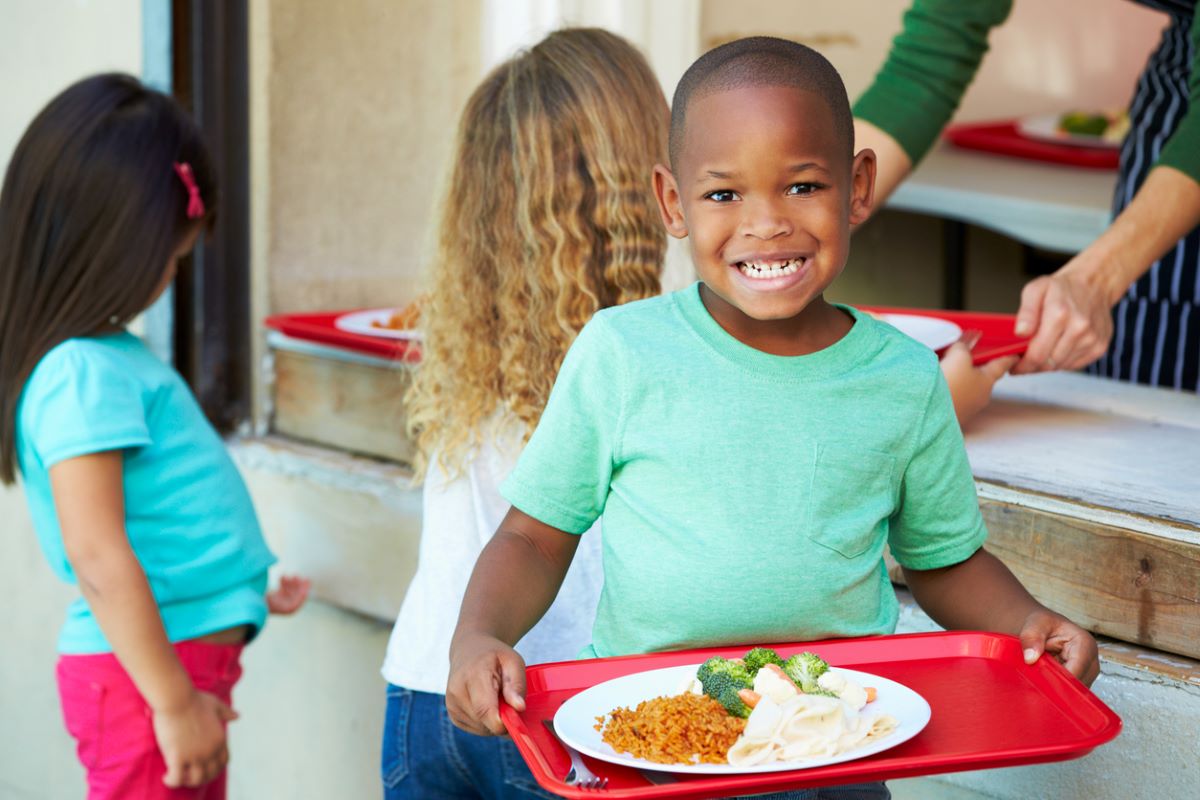 When people say, “autumn is in the air,” they’re generally referring to crisp, breezy sweater weather, the scent of crumpled, colorful leaves underfoot, and the phenomenon of pumpkin spice everything. But for school-aged children, the smell of autumn also happens indoors between the hallways and lockers of the local public-school buildings. Here the scents of Elmer’s glue sticks and paper-wrapped crayons, vulcanized rubber erasers, sharp plastic, and pencil shavings meld to create a kind of unique “back-to-school smell” which could never be complete without the aromas wafting from the cafeteria.

Indeed, for many returning students, the cafeteria is more than just the smell of open chocolate milk and pizza squares that will someday become nostalgic. The cafeteria is pretty much the cornerstone of their education – a place where friends meet, and memories are made, where troubles are temporarily pushed aside while the chairs get pushed in, and sometimes tasty fajitas are served.

It’s no secret that kids swiftly scan their rosters on the first day of school to learn which time slot their lunch will be in, and which friends will share their table. In the grand world of K-12 education, lunch is often one of the highlights cherished and looked forward to all day long.

Except, that is, for students who cannot afford their lunches.

For them, it is different. For them, that same nostalgic buffet of pizza squares displayed steaming on the other side of a metal divider might even be tantamount to torture.

We live in a world of folding laptops and flying cars, where we can reach the other side of the planet by simply touching a screen. Imagine that in this world of unfathomable innovation, you are the student who is hungry and whose parents cannot afford your lunch. Worse still, imagine if you were the parent of a student who cannot afford their lunch. Imagine if, every day, you have to choose between the rent, the gas, and the food.

Such a scenario is not far from reality for millions of families this year.

Due to Inflation and Sky-High Mortgage Rates and Rental Fees, School Lunch Just Isn’t on the Menu for Many Families

NBC News reports that school lunch has become a high-ticket menu item for a growing number of families who can’t keep up with the price of inflation. The jump in school lunch prices – from free for all to as much as $5 per student per day, according to Time Magazine – is more than they can handle.

Over the course of the pandemic, school lunches were free for all students regardless of their income bracket. When things returned to paid lunches, those lunches were nowhere near the same price.

In many districts, school lunch costs have doubled since 2017. When you combine this with an average $460 monthly increase for basic necessities, it’s easy to see it as a recipe for disaster. By itself, this new burden might not drive families into homelessness. But it is emblematic of another trend that might – being just over the line to qualify for assistance.

Free and reduced school lunches have been a part of the public education program for decades. But now that the gap between middle-class and poverty is closing more urgently, several families teeter on the line. They are not quite poor enough to qualify for assistance and not quite wealthy enough to handle the doubled price.

To qualify for a free or reduced-price lunch, a family of four must earn less than $51,338 per year. Yet, parents who can’t quite afford the upcharge are usually within $100 of that figure, making just a tiny bit more than allowed.

“I had to tell one family of six that they were $33 over,” nutrition services supervisor Angie Richey told NBC.

Anji Branch of the Idaho School Nutrition Association told reporters the problem was unlike anything he’d ever seen.

Hungry Students and Houseless Landscapes. Is This What Lies Ahead?

The term “adjusted for inflation” has never rung truer than when you look toward the future of America. People who once considered themselves middle-class now teeter on the edge of poverty, skimming its surface and feeling its wrath.

According to the latest reports, the Biden Administration has vowed to broaden the public-school lunch program, with the goal of offering 9 million more hungry students free lunch by the year 2032. Sadly, like other strategies aimed at tackling poverty and reducing homelessness, the target sits too far in the future. Provisions that are needed immediately are yet again being offered eventually or temporarily, which almost always translates to not at all.

Talk to Your Representatives about Child Hunger and Child Homelessness

In 2014, the Washington Post reported there were 2.5 million homeless children in the United States of America, a number that reflects one in 30 children. Since then, great strides have been made to hide and criminalize homelessness, especially female and child homelessness.

What we really need are policies that protect these vulnerable students from poverty, homelessness, and hunger.

Please get in touch with your representatives regarding this issue today.