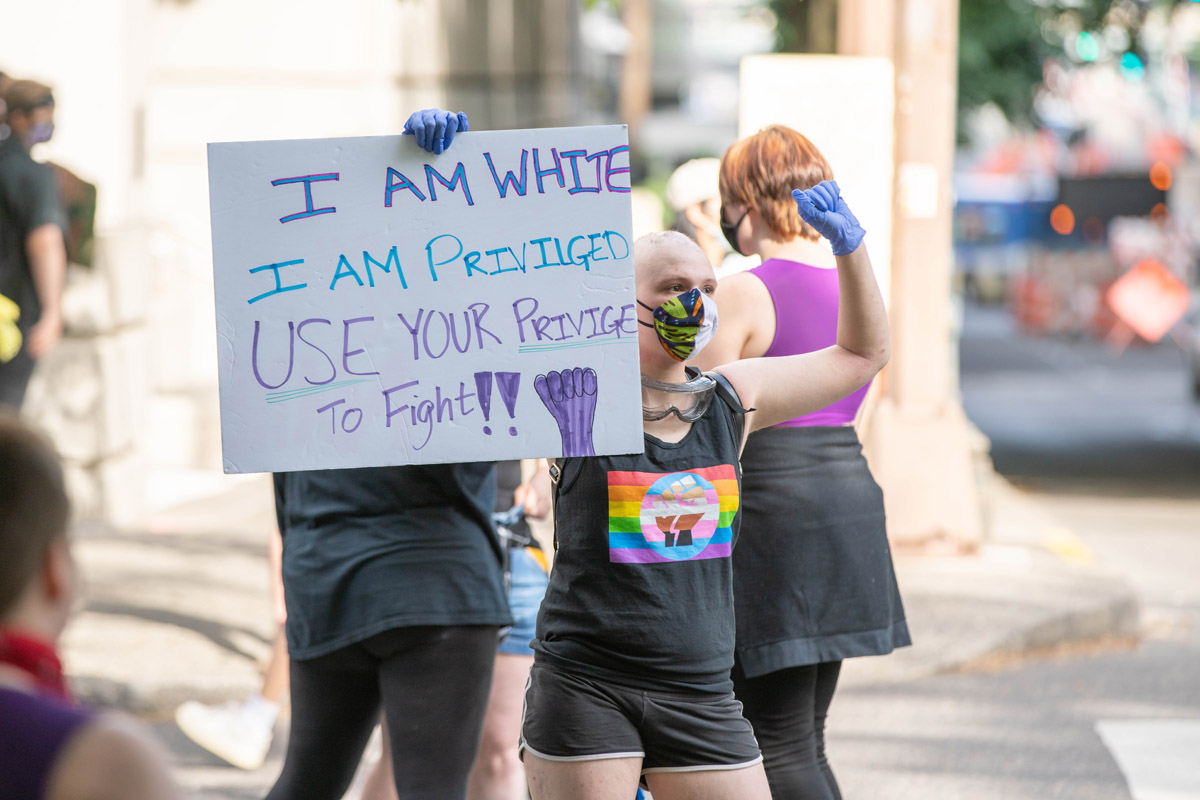 A recent study by a Columbia economist predicts a 40% rise in homelessness over the next year as a result of COVID-19 and the complete and utter failure by our nation’s leaders to respond to the health and economic needs of our brothers and sisters. We know from past experience and from current data that people of color will be hit hardest.

In America, people of color are always hit hardest.

This past Monday was Memorial Day, a day when people across this country honor those who have lost their lives in military service. In Minneapolis, it was a day when another black man was murdered by police. Another day another black man in the final moments of his life on earth pleaded, “I can’t breathe.”

The Charleston 9. Remember them. Say their names.

And so, so many others. Remember all of them. Say all their names.

The Minneapolis Police Department reports that Derek Chauvin, the officer who killed George Floyd, had 18 prior complaints against him. A department that can so quickly produce so specific a number surely could have acted on those complaints to remove Chauvin’s badge, seize his gun, and keep his knee far from Mr. Floyd’s neck. We needed decisive action before this senseless killing, not words after it.

Let us be clear. We need the right words from white leaders. We need people in powerful positions to speak out against structural racism. We need normal, everyday White Americans to stand for racial justice. To acknowledge and bear witness to our past. To advocate reparations for Native Americans and Black Americans. To champion humane immigration policies. To stand in solidarity with Black and Brown people.

Native people were not the ones who stole white people’s land, infected them with smallpox, rounded them up and marched them on the trail of tears, broke treaties, and tore children from parents to be re-educated at Indian Schools.

Asian Americans were not the ones who carefully crafted then methodically passed into law the Chinese Exclusion Act, which stripped Chinese immigrants of their citizenship rights and banned further immigration purely based on skin color and national origin, while welcoming white immigrants from Europe in droves.

Japanese Americans were not the ones who seized homes and businesses and created concentration camps during the paranoia that accompanied World War II.

Latinos and Latinas were not the ones who recruited workers to come across our southern border to do the jobs white Americans did not want to do, then deport them by the hundreds of thousands when the Great Depression caused unemployment to skyrocket and White people wanted the jobs back. Latino and Latina people did not divert billions of dollars in taxpayers’ money to build a border wall as a political stunt. And they did not lock children in cages.

People of color were not the ones who created the circumstances in which large groups of their brothers and sisters are more likely to become homeless, end up in prison, be separated from their parents and children, suffer illness, and die young – simply because of the color of their skin.

No, people of color did not commit these atrocities. White people did.

And it is about time that White people commit, individually and collectively, to be part of the solution. We can no longer act as if it is the job of Black and Brown people to fix racial injustice in the U.S. We can no longer absolve ourselves of the sins of our fathers and mothers and pretend as if we do not continue to benefit from the structures and systems they built. We can no longer ignore the fact that our people went around the Monopoly board a hundred times, generation after generation, collecting our pay, buying up property, and stealing property, opportunity, and breath from anyone who did not look like us, before allowing people of color to roll the dice even once.

Here is what we must do:

The journey toward racial equity, reconciliation, and justice begins with White people one-by-one making a deep individual commitment. We must educate ourselves relentlessly about the past and we must prepare our minds to imagine a better future. We must read and watch and listen and think.

We must enter into dialogue with friends, neighbors and colleagues whose skin does not look like ours. If our social circles, our work, and our faith communities put us in contact primarily with people of our own racial background, we must make a commitment to broadening those circles and stepping outside of our own to enter other circles. As we enter into dialogue and connection, though, we must be careful not to assume that it is the job of people of color to teach us. Instead, we should courageously prepare ourselves for real, humble, engaged conversations about racism in our communities. And we must listen closely to one another and work together to build more just and equitable institutions.

For resources to read, watch, and listen to, click here.

The nation is in crisis. White people can no longer remain silent.

The HIV/AIDS advocacy movement lost one of its most provocative and effective change agents this week. On May 27, Larry Kramer died in his home in Manhattan after a lifetime of writing, political action, and unending advocacy for LGBTQ people. In the course of his work, Kramer and his fellow AIDS activists founded ACT UP and boldly announced that “SILENCE=DEATH.”

This statement resonates because it is true. It is true about HIV/AIDS. It is also true about racial equity in America. SILENCE=DEATH. Especially the silence of White people.

In the days following George Floyd’s murder, my friend and colleague Amanda Andere posted a plea to her White friends and colleagues:

The silence from my White friends, colleagues, and people we call leaders is not surprising. It’s expected. But it’s still painful and disappointing. Please don’t tell me you don’t know what to say. Your Black friends are hurting. Say kind things. The organization you lead that works in/with/ supposedly serves communities of color needs you to consistently use your privilege and voice. Your silence is the ultimate privilege. Your supposed action behind the scenes is not working. You need to use your voice and act in ways that push communities to anti-racist policies.

White allies who have made a commitment to racial justice should be bold about shaping their mind, body, and spirit into a force for change. Then get involved. Get involved in anti-racist organizations and advocacy efforts. Get involved with constructive dialogue. Get involved in committees and workgroups and street protests. But get involved. And remember that such a commitment requires daily work, daily self-examination, and daily recommitment. Like going to the gym, playing guitar, or learning a new language, racial equity requires muscle.

3. Use Power and Privilege

Once White allies commit to solidarity with our Black and Brown brothers and sisters in the fight against racism, we should thoughtfully analyze our spheres of influence and determine how we can use our power and privilege to make change. Whether we are elected officials, organizational leaders, or just regular people in the community, we all have untapped power. We have the power to influence our family and friends, our teams at work, our politicians, and our faith communities. We can partner with friends and colleagues of color to launch initiatives and host community conversations. We can develop policy agendas. We can write letters, make phone calls, and show up at city council meetings.

Those of us who have benefitted from the social, economic, and political privilege of being White in the United States have a moral imperative to use that privilege to dismantle structural racism and help build a new and better nation.

In the face of structural racism and its constant, devious evolution, people of color keep finding ways to advocate, to protest, and to heal from the trauma of racism. If our brothers and sisters can rise day after day, death after death, the very least we as White allies can do is to stand beside them and raise our voices together.

Do not check out. Do not tire. Do not think that our work is ever done.

For readers who may be frustrated that this essay does not tell you step-by-step exactly what you should do, that was not my intent. You are smart. You will figure it out. There is so much work to do in the service of racial justice. There are so many great leaders in communities around the country. There are so many organizations, initiatives, and grass-roots groups that need White allies. Pick one and go.

Then once you are engaged, stay engaged and sustain that engagement over time. Structural racism in the U.S. was not built overnight and it will not be solved overnight. This is our life’s work. This is the work that is required to protect and preserve the future of our people, the future of our country. This is what it will take to begin to right the wrongs of the past and those of the present. This is what it will take to achieve the goal of justice for all.

This article was originally published on May 29, 2020 on jeffolivet.com. 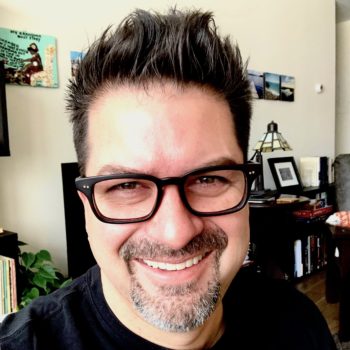 Jeff Olivet is a writer speaker, and activist. He has worked across the United States and Internationally to prevent and end homelessness for 25 years. He is based in Cambridge, Massachusetts and Washington, DC.