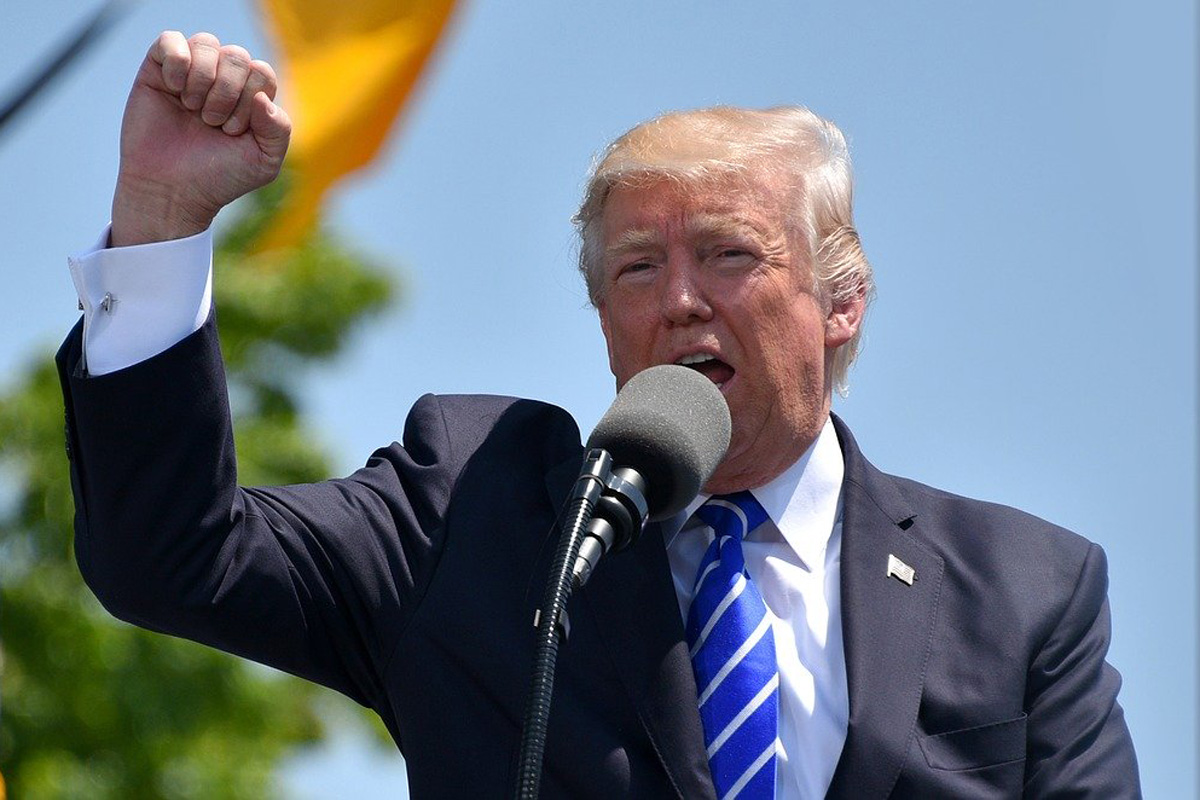 Disclaimer: This is not a partisan post. Homelessness and housing inequality have long been like legislative hot potatoes passed from one North American political party to the other with very little action happening on either side. It’s different this time. Everything is…

Some of that difference stems from international catastrophe, worldwide debt, unemployment numbers the likes of which have not been seen since the Great Depression, and a healthcare system that is buckling under the weight of new illnesses, viruses, and disease. But, quite shockingly, the bulk of the difference exists due to the statements of one man – a man whose speeches almost always serve as a catalyst for worldwide events.

That man is the president of the United States.

His words and actions exhibit such striking similarities to the statements of former dictators that it is no longer adequate to refer to him as just a Republican or to align his supporters with people who merely have different opinions. I would not be writing this if I did not, somewhere in my heart believe, that with this man positioned in a seat of power, we could very well be staring down the barrel of a second Holocaust. To prove my point here is yet another shot fired at America’s working-class from behind his favorite social media platform: Twitter.

July 29,2020, 12:19 PM Former Reality Star turned President Donald J. Trump, Amid the Most Economically Devastating Event of our Generation, Had This to Say:

Further down the thread, you can see that he follows this somewhat ambiguous statement with the real kicker, the game-changing policy he just enforced when he casually adds:

“…Your housing prices will go up based on the market, and crime will go down. I have rescinded the Obama-Biden AFFH Rule. Enjoy!”

Granted, these short words come across as tame in the pool of filth we’ve come to expect from Trump tweets. He isn’t calling anyone a dummy, a pervert, a low-class snob, short, fat, unattractive, or just plain stupid as he often does when someone disagrees with him. He isn’t raving about his very high IQ or fawning sympathy for his criticizers because they were, in his words “born f**ked up”.

Trump didn’t bother layering on the profanity – an act that garnered attention in the New York Times when journalist Peter Baker stated that, “Never has any president pushed the boundaries of language as far as Mr. Trump.”

And while oftentimes this heated presidential speech is ripe with subliminal (or not so subtle) racism like that infamous time he referred to African nations as “sh**hole countries” or his unnerving persistence in referring to the novel Coronavirus as the “Chinese Virus”, this recent comment appears less sinister at surface level. Don’t worry. It isn’t.

Once you begin to unpack the statement and the very real act of rescinding the AFFH Rule it becomes clear that behind the yellow curtain there lies a piece of glass.

Understanding the Implications of this Tweet: What is the Suburban Lifestyle Dream Anyway?

In order to rally up support from followers, President Trump opens in praise of a perceived “suburban lifestyle dream”, which one must assume consists of beautiful backyards, sprawling landscapes, happy, waving, Truman Show-Esque neighbors and of course, housewives; lots of housewives since he makes mentioning housewives such a pivotal point in these discussions.

It’s important to note that he calls out in favor of suburban housewives but often uses derogatory speech when mentioning urban or lower-income earning mothers who choose to stay home with their children. Most recently, when Trump moved to tighten regulations on food stamps and other forms of government assistance, his stance, as told by Secretary of Agriculture Sonny Perdue was firm:

“… we need everyone who can work, to work.” was the claim.

Housewives in lower-income neighborhoods were indeed included under the Trump title “able-bodied Americans”. With that comes the expectation that they should leave their children and get to work.

Studies show that housewives exist in all income brackets. But Trump is only in favor of making life better for suburban housewives specifically. Here, we can conclude that when weaving a new American dream, Trump has deliberately added region-specific and socio-economic requirements.

Housewives of the future are to be suburban and their ability to stay home with the children relying heavily on inherited wealth, which is likely passed down through homeownership, as it has been in Middle America for centuries. This is precisely why people of color have been systematically removed from the equation.

What Does It Mean to Be “Bothered Or Financially Hurt By Having Low Income Housing Built In Your Neighborhood…”?

In a nation both torn and united through protest and civil unrest, unspoken racial disparities are being revealed on a public level and henceforth drawing international attention. Among them is the act of redlining and other discriminatory lending practices that were used by banks to keep communities of color (especially predominantly African American communities) up to their knees in debt with little or no ownership of property to pass down as generational wealth.

It was initially through this practice that the American government was able to create a situation where neighborhoods promoting diversity were punished financially through the depreciating value of the houses built in the region. According to Redfin data journalist Dana Anderson, this unjust practice cost the average black American family approximately $212,000 in wealth over a period of 40 years.

As such, low-income housing was created in order to help bridge the gap and pave the way for a brighter future for all Americans because, in truth, you are only as rich as the poorest person in your society. It was also through red-lining that another collective and predatory practice came into fruition- that of white flight.

Residential segregation was rooted in predatory lending. However, it was upheld by the complacency of white homeowners and their willingness to simply move out of a neighborhood if the people moving in next door had a different color of skin.

When predatory lending was combined with predatory building and white flight mentality, the housing oppression of African American families ensued. This is why President Trump was able to get away with using code-terms like “low-income” and “financially hurt” rather than resorting to his usually racist antics.

His readers got the meaning right away and responded accordingly.

Tweeter [email protected] said “Segregating people based on socioeconomic status is not okay.”

Another user, Mike O’[email protected] admits to enjoying the space of the suburbs while simultaneously hoping for more diversity in his neighborhood by stating: “I comment all the time how I’m sad there’s no diversity in this town.”

But the user who hits the nail right on the head is Ad [email protected]_Inifinitum who simply replied, “This tweet goes out to all the white flight voters.”

The American people understand that many previous building and lending regulations were created not to uplift the suburban lifestyle dream, but rather, to exclude very specific groups of people from partaking in it.

The Racial Implications of Rescinding the AFFH Rule

The AFFH Rule was a fairly new, Obama-era mandate aimed at combatting racial bias through zoning, particularly in the suburbs. Through AFFH, communities were ordered to revise their zoning and lift restrictions that would encourage segregation either by race, class, or both. It was an orchestrated effort to undo years of systematically racist zoning practices. It would have almost certainly brought diversity to the suburbs. Rescinding it could mean rebuilding racism into the blueprints of the suburbs and yes, the president himself is the architect.

The general public has been misled into believing that homelessness could be largely fixed if lazy people would just go out and get jobs. In reality, nothing could be further from the truth.

In a pre-pandemic America, the problem of homelessness was due to a shortage of affordable housing combined with the fact that wages are not keeping pace with housing market prices.

One of the biggest issues at the root of this problem was construction, especially zoning. Not only do we not have enough affordable housing, but we’re also running out of space to build affordable residences. This is because of restrictive zoning, especially in the suburbs.

So, in a hypothetical American utopia where everybody has a job and nobody is lazy or living off of free money (as has been the accusation), we still wouldn’t have enough housing for all of these employed, hard-working people to live in.

The real tragedy, however, is this… In post-pandemic America millions of people are unemployed. There aren’t enough affordable houses. The zoning laws have just become even more restrictive. And data reveals that communities of color have already been hit the hardest.

This. Is. The. Perfect. Storm.

On June 29,2020, precisely one month prior to this presidential tweet, CNBC reported that approximately 50% of the American population is now unemployed. Eviction moratoriums have lifted. The stimulus has been stalled. And the newly appointed director of the U.S. Interagency Council on Homelessness Robert Marbut is busy creating prison-inspired homeless “shelters” that resemble concentration camps as we speak.

Still think affordable housing is a topic we can afford to skip or skim over during presidential debates?

Talk to your local representatives about where exactly they plan to build affordable houses since Trump seems to think the American suburbs are an inappropriate place for poor people and poor people currently make up 52% of our national population. 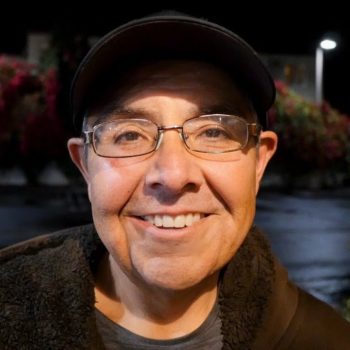 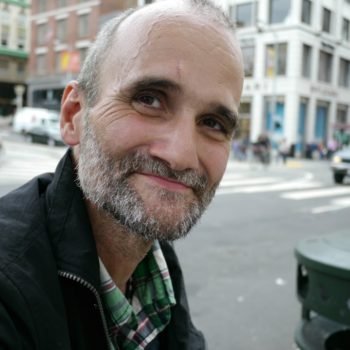