Direct Action Can Inspire Hope and Help Those in Need 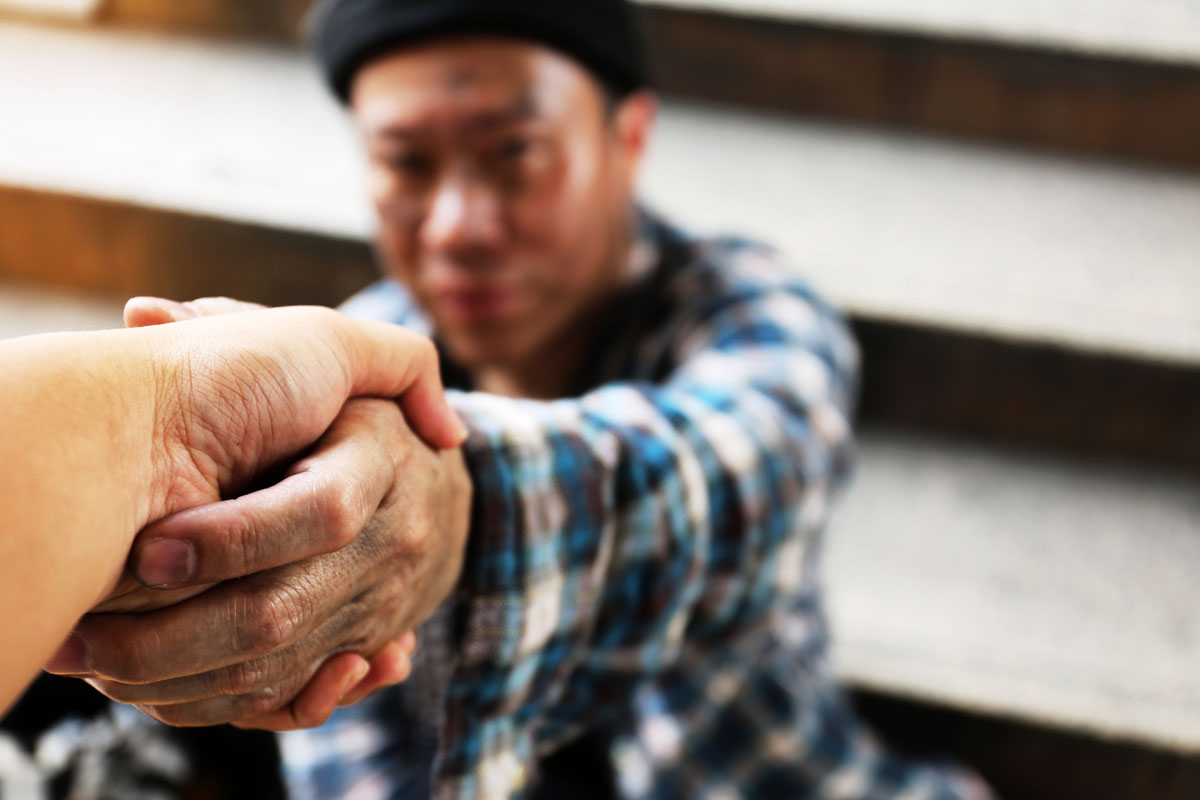 I need hope. After watching less than an hour of the first debate between President Donald Trump and Joe Biden – yes, I need hope. I need reassurance that we are, in fact, capable of changing the course of the future. I need reassurance that, in the face of everything that’s to come, and everything that’s already here, that we are able and willing to come together and overcome it.

In such a time of intense political uncertainty and turmoil, direct action can uplift, empower, and support our people. And, right now, we need that. We need hope. We need each other.

No matter what happens, we need to show one another that we’re in this together. We’ll always show up for each other. We need to remind ourselves that nothing is impossible when we stand united.

This year has been a hard year for me, as I know it is for all of us. Although I’ve been housed for nearly three years now, the constant uncertainty about the future has left me crippled with flash backs triggered by homeless trauma that I thought I had mostly healed from.

I suppose I should have known better. I’m never going to forget what happened. But that doesn’t mean I want to carry it with me everywhere I go.

More than ever before, homelessness now looks like something that could actually happen not only to me, but to millions. Now more than ever does it look like it can happen again to so many people.

Beyond that, I have spent nearly every waking moment worrying about the health and well-being of my loved ones. First it was COVID-19, then a surge of racism and police brutality. That was followed by fires blazing through California and the West Coast. All the while, I still worry that I’ll lose my job, I’ll lose my apartment, that the people I love will die, and I’ll lose everything. These feelings have left me living in constant anxiety. As you can imagine, it’s made it difficult for me to sustain the hope required to push through another day.

As I watched the first debate, I remembered that I became homeless shortly after Donald Trump won the election. I remembered how terrified I was, in that moment, when he won. I sat there, on my couch, staring at the ground thinking: Well, this is it. We’re f*cked.

Today, I see you hurting. I am hurting too.

For a lot of us, that doesn’t really mean we’re voting for Joe Biden. It just means that we’re fighting the best way we can in this moment. Joe Biden is a choice that could possibly change the lives of millions of people. It’s not the end. It’s a stepping stone. It’s not all we can do, and it surely shouldn’t be. It’s just one step of the many steps we will take for each other.

So yes, go vote, but also check in with your neighbors – make sure they’re okay. Donate to your local homeless shelters. Give directly to homeless people – whatever it is they need. Feed people. Clothe people. House people. Maybe even write an article.

I want us to make the impossible possible. Maybe in time, we will even make it look easy.