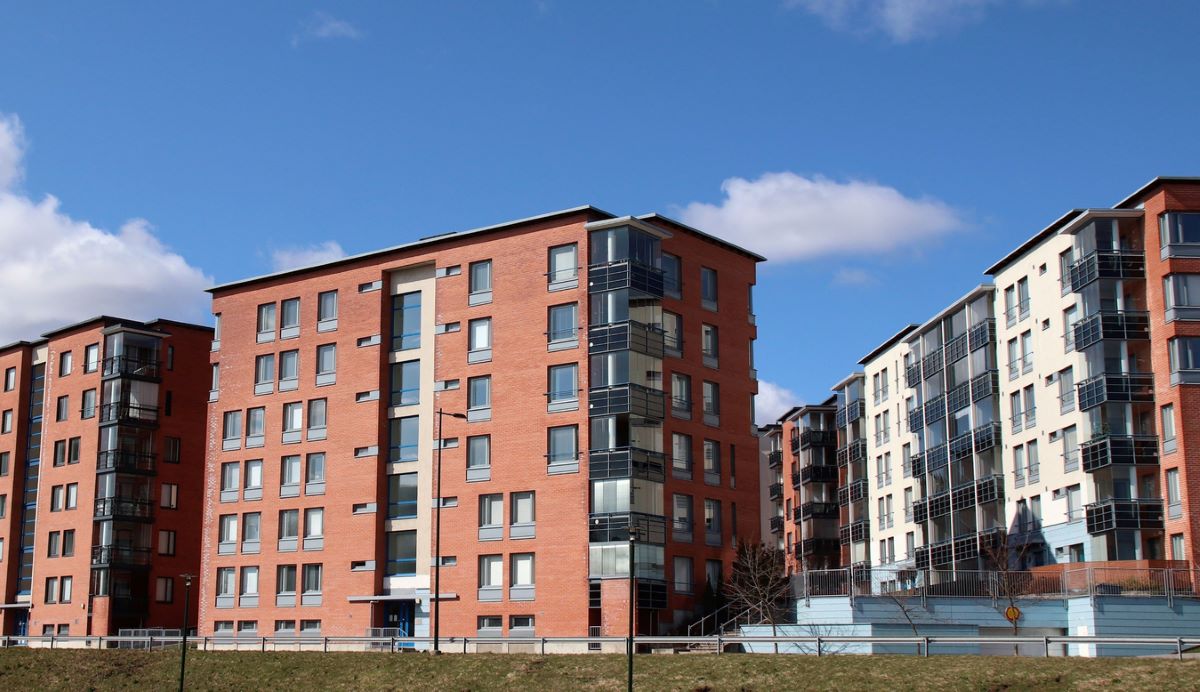 And It’s Time We All Started Copying It

Over the past 40 years, Finland has been able to decrease the level of homelessness within its borders by 80%. They’re on track to end homelessness in Finland completely by 2027.

That’s huge, especially at a time when so many other countries are struggling to not make the problem worse. But how have they done this? Is it some unique magic that only Finnish people can wield? A function of their population level? Is it just something in the water over there?

In fact, it’s quite simple.

Housing first is a strategy for ending homelessness in which housing is provided, well, first. It seems like the obvious way to go. But for too long programs in a lot of countries have withheld housing until the person they’re “helping” jumped through hoops like finding employment, taking drug tests, meeting with psychiatrists, and otherwise defending their basic human right to housing.

Obviously, that’s a flawed approach for many reasons, one of which being that it doesn’t even work. Or, I should say- it doesn’t work if your goal is getting people housed. If your goal is to gate-keep who can access basic necessities, the American model works great for that!

We’ve been reluctant to let go of our vice-grip on making unhoused people “earn” their right to housing. Meanwhile, Finland has been taking a different tack. They’ve adopted Housing First as the plan of action at the national level, and it’s working!

On the one hand, a lot of Americans have become desensitized to homelessness. The conception is that it’s an unfortunate but intractable problem, around since the dawn of time. Fins, however, largely see it for what it is – a horrifying human rights crisis that cannot be ignored.

It’s this sense of clear-eyed compassion and urgency to respond to the emergency that led to change at a national level. The Finnish government provides funding for affordable housing nationwide. It also dictates that at least 25% of all housing in major cities must be affordable social housing, which has kept the national supply at a workable level.

Wouldn’t you know it, a reasonable supply of affordable housing was the solution to
homelessness all along!

In terms of homeless shelters as we typically think of them, Finland has a grand total of one. It’s located in Helsinki, the capital, and it has 52 beds. Unhoused people can go there without any prerequisites and speak to a social worker directly who will begin finding housing for them.

There used to be more shelters across Finland, but they’ve transitioned temporary shelter into supportive, permanent housing. What used to be a 250-bed Salvation Army shelter is now an 81-unit apartment building with support staff on-site.

The needs of each individual dictate which type of housing they are placed in. Some people have no need for supportive housing like that. Others would benefit from it greatly. Many different types of housing are available to accommodate many different situations and types of people.

Finland didn’t just happen to stumble into the solution for homelessness on the first try. In fact, their first response was to set up barriers and requirements for accessing housing, similar to the systems we’re still using in a lot of places today. However, once they saw that this method was counterproductive (way back in the 1980s), they switched over to the Housing First model and never went back.

Now, the Finnish philosophy on addressing homelessness can be neatly summed up by this excerpt from the Y-Foundation, an organization that spearheaded the shift to Housing First:

“In the Housing First model, a dwelling is not a reward that a homeless person receives once their life is back on track. Instead, a dwelling is the foundation on which the rest of life is put back together. When a person has a roof securely over their head it is easier for them to focus on solving their other problems.”

Housing First, Not Housing Only

Every person’s situation is different, and while the solution for homelessness is always housing, other services are necessary to help each person heal from the time they spent without housing.

Things like medical and psychiatric treatment, addiction recovery, and employment services are still vital to provide to those that need them. But the order matters. Trying to force people to address all of these other issues while the person is still actively experiencing homelessness is setting them up for failure in an uphill battle.

Imagine that you went to the hospital in extreme pain due to a burst appendix. But instead of dealing with the main issue right away, the doctor insisted on first putting a band-aid on your scraped knee, clearing up that weird rash you’ve had for a while now, and referring you to an eye doctor to get that overdue prescription updated. If you can manage to get them done, these steps will improve your health. But that doesn’t mean that they should be the focus in the middle of your life-threatening emergency. And it sure would be a lot easier to fix all of those things after your appendectomy.

Homelessness is the most pressing issue in most unhoused people’s lives. It is an emergency. Putting secure, permanent housing in place FIRST relieves a huge mental and physical burden, making it easier to solve every other problem.

How Can We Do the Same?

If these are the results you’d like to see in America, we can only get there by convincing our government. Encourage them to follow in Finland’s footsteps and create well-funded Housing First programs.

Talk to your representatives about their plans to make increasing affordable housing a reality. Let them know you support Housing First since it has proven to be effective where other models have failed. And, if they’re shamelessly more motivated to save money than to save lives, be sure to remind them that housing people actually does save money.