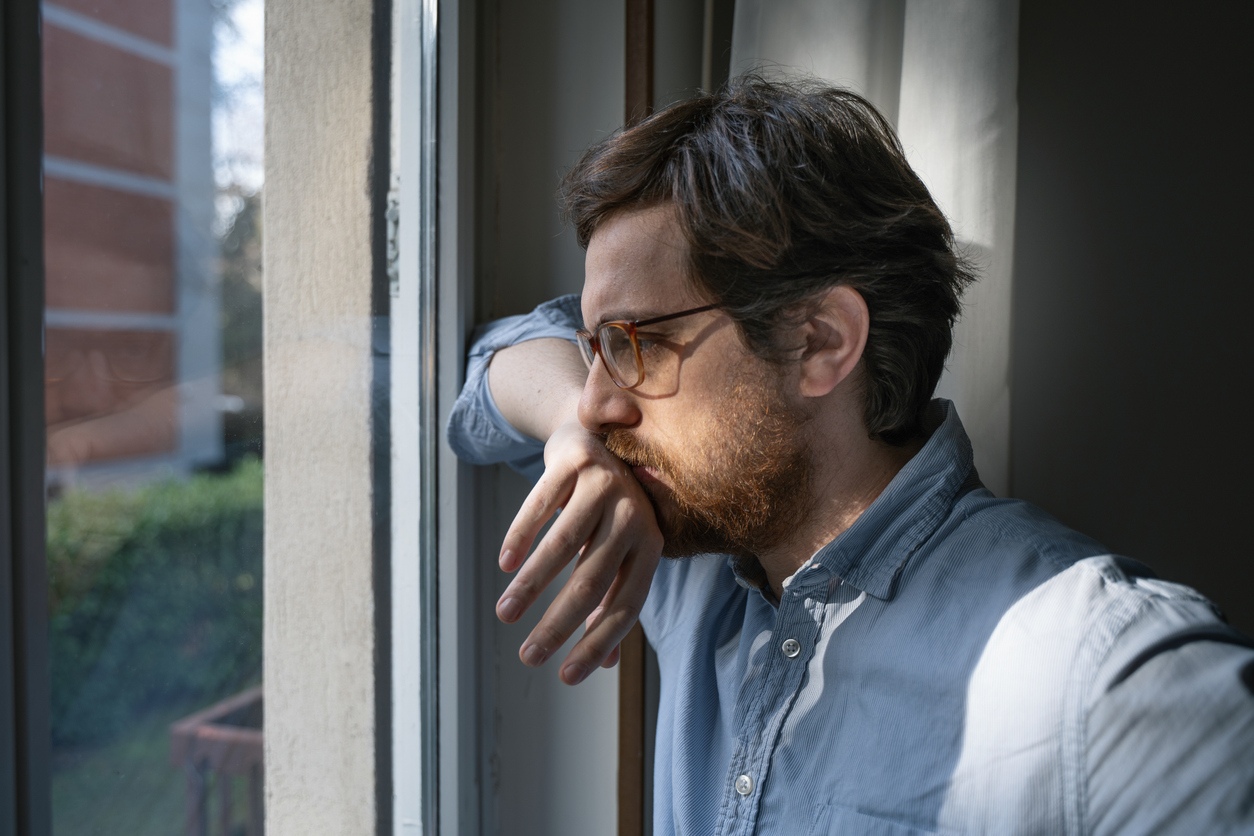 Each of us who has experienced homelessness should have the right to offer our thoughts, experiences, and conclusions. I’ve been around for a while, a long while, and I’ve done the research. So, I offer this analysis for your consideration. If the discussion of homelessness ever falls silent and normalcy replaces abhorrence, then we will have truly lost.

I grew up in the 60s. After my family turned me away in my teens, I wandered the country through the 70s, 80s, and into the early 90s. I moved from job to job until I had enough to climb a mountain. Mountains were the only place my undiagnosed autism didn’t matter, and more importantly, didn’t hurt. I visited all the big west coast cities, toured many Pacific islands, and even stopped by the deep south. In all that time, I wandered through a country where over half a million people weren’t trying to survive in the streets. I never saw tent cities and people living, and more importantly, dying in the streets of every American city in anywhere near the quantities that they do today.

Something terrible has happened along the way.

I think that this current homeless crisis started in the 80s during the “greed is good” Reagan era when the mentally ill were dumped into the streets. At the same time, we got busy building a Trillion-dollar a year military and intelligence perpetual war machine. This made billionaires out of the weapons makers while things like jobs that provided a good quality of life, decent benefits, and good educations were quietly eroded. We built smarter bombs at the expense of smarter children.

Then there was the whole $5.6 Trillion Bush tax giveaway to the rich, which promised us that we’d all be fine because it would “trickle-down” to the rest of us. Which, of course, it never did and never will.

More and more tax cuts for the wealthy followed ($2.3 Trillion from Trump) as ever more conservative trickery and propaganda from a right-wing media machine working 24/7 to sell the idea that more extreme conservatism is the only answer to everything. Things like accessible health care, affordable housing, and decent wages are just evil ideas of the liberal/Marxist/socialist/communist left.

Never mind the fact that Marxism, Socialism, and Communism are three vastly different things that not one conservative that I’ve ever met could even define.

I read Marx and thought that he was an idiot. But I’m a rabid adherent, according to my cousins.

Local, state, and federal governments, who became more and more increasingly starved of the tax revenue that once enabled them to function, by necessity, turned to massive increases in punitive fines and fees simply to get by. These punitive fines and fees disproportionately affect the poor and lower-middle-class. At the levels they are now, they can be devastating.

Meanwhile, loan shark operations, calling themselves “Payday Loan or Title Loan” outfits, sprang up everywhere, offering quick loans to anybody and everybody at a mere 400% interest.

You can put the title to your vehicle up to pay off some devastating expense that you didn’t plan on, and then, once you’ve lost your vehicle, what then? Now you can’t get to work, look for work, or get food and medicine. Stories of these kinds of disasters play out again and again and again among homeless people. I know, I was there. Often, the disaster that put someone on the pathway to homelessness was an encounter with the legal system —forcing them to find some way to pay the judge when they were barely scraping by in the first place.

With all these spiraling costs and stagnant wages, credit ratings have suffered. People have ended up in bankruptcies that fail to offer any relief because of conservative laws that make it illegal in most cases to discharge the predatory credit card debt and student loans that could be choking off a person’s ability to get by in the first place.

Meanwhile, corporate apartment conglomerations build and build and build, making the most beautiful showplace clubhouses with magnificent crystal-clear swimming pools and gorgeous amenities like climbing walls, gymnasiums, and hot tubs that look amazing. An apartment is only a year’s lease, with the first and last month’s rent up-front plus a hefty security deposit. Just don’t ask where you’re going to put everything you own in the tiny apartment they show you. Need more space? Take a look at the 2-bedroom unit, it’s only a few hundred more, but it’s a whole 800 Square feet! So, you’re likely stuck paying somebody for storage as well.

Research shows us that most of us are only two missed paychecks from disaster.

So, when your disaster comes, be it a layoff, legal trouble, car trouble, catastrophic illness, etcetera. They can then hit you with a three-day eviction notice and then get another renter, and another equivalent to four or five months’ rent and another fat deposit, and the show goes marching on.

Sound grim? It is.

A book called “Evicted; Poverty and Profit in the American city” by Matthew Desmond examines all these sources of homelessness, and they exist everywhere. Every American city has the same mechanisms that drive people ever deeper into poverty and desperation.

And don’t forget the failed drug war that put more Americans in prisons and jails than any other country on the planet. The drug war alone is responsible for the majority of homeless people. Can you get a job as a felon? Can you get an apartment as a felon? If you think you can, I invite you to try.

I am not a felon, but I met plenty as a homeless person. I also am not so obtuse as to have failed to notice the question of whether I was a felon or not on literally every application for everything that I have seen in the last 30 years. Are you alive? Do you breathe oxygen? Walk on two legs? Well then, you’ve been asked whether you were a felon or not.

The drug war did that. According to every reputable study on the matter, the drug war DID NOT do a damned thing to reduce drug addiction, usage, or crime. Once again, Reagan was the catalyst for this stupidity, beginning with Mr. and Mrs. “Just say no,” the number of people behind bars for nonviolent drug law offenses increased from 50,000 in 1980 to over 400,000 by 1997. It is still over half a million at the time of this writing. More than 700,000 people are still arrested for nonviolent drug offenses every year. The war on drugs is the most colossal and costly political failure in American history.

Why was the drug war such a catastrophic failure? BECAUSE WE NEEDED A WAR ON ADDICTION! NOT a war on drugs.

Addiction is a disease! Making addicts felons is just like dumping a tanker full of gas on a campfire to put the campfire out. It was and is just that fucking stupid.

We built jails and prisons at a break-neck pace. We quickly eclipsed the rest of the world in the number of prisons, jails, people locked up by the whole number, per capita, and by historical measure.

What if we had built treatment centers instead? How about an attempt to heal instead of exact vengeance? What if we had used the techniques of compassion instead of the brute force of justice’s hammer?

And, of course, the whole drug war was and is skewed against black people. A public selling point was more severe sentences for drugs used predominantly by black people. Longer prison sentences for minorities have been and remain so ubiquitous that I don’t even need to provide a reference. If you really need one, please, watch the documentary called the 13th. It’s still on Netflix.

The brilliant writer and documentarian Greg Palast said, “There are no victimless Billionaires.” No, there certainly aren’t. And, these victims of billionaires have a name; they’re called homeless people. 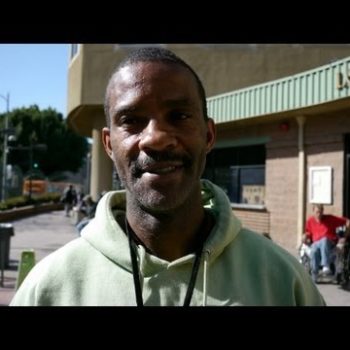 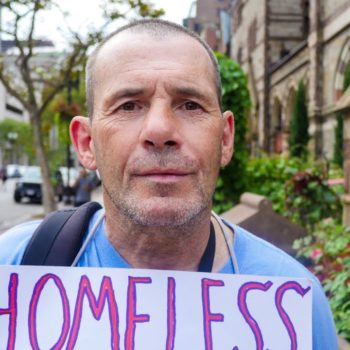