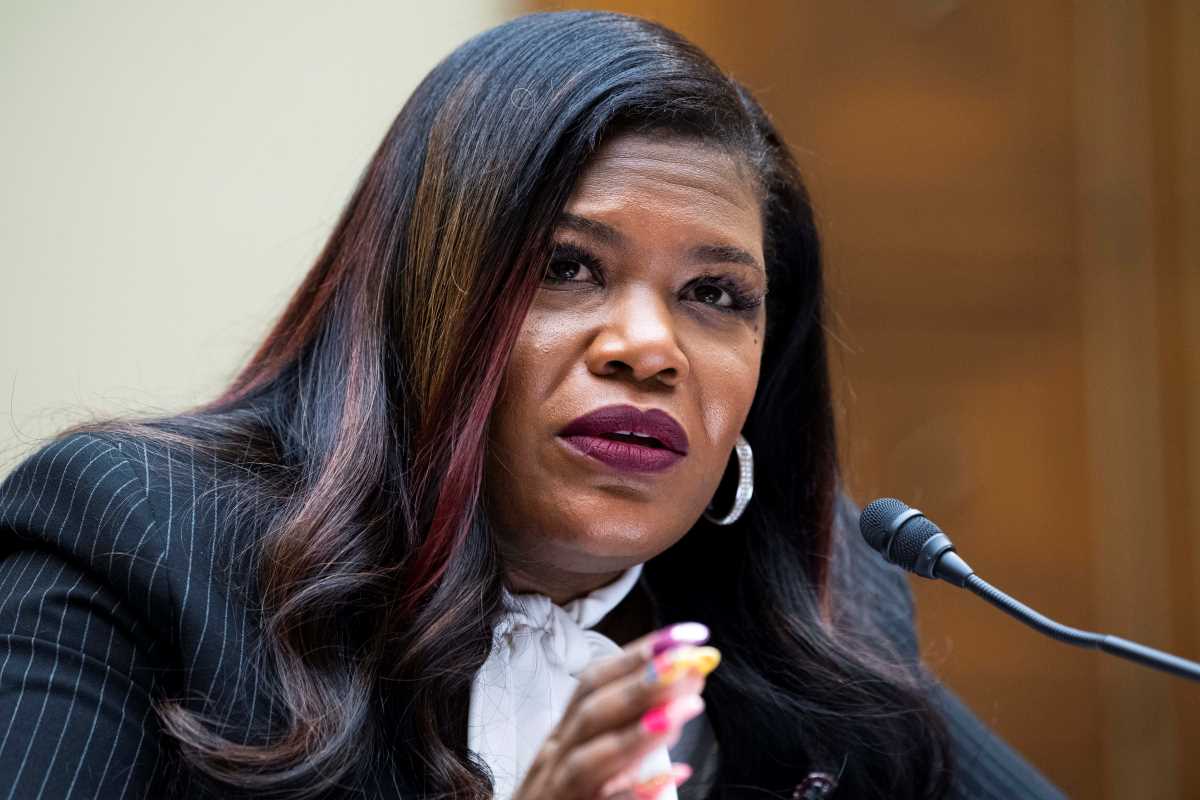 Earlier this month, Congresswoman Cori Bush (D-MO) introduced the first-ever federal bill that seeks to affirm the rights of people experiencing homelessness in the U.S.

Known as the “Unhoused Bill of Rights,” the bill would:

“The unhoused crisis in our country is a public health emergency and a moral and policy failure at every level of our government,” Bush said in a statement.

“As someone who has lived in her car with my two infants while I was working a full-time job, I know the daily trauma and stress that comes with the perpetual instability of not having a safe place to live. It is past time for the federal government to establish an Unhoused Bill of Rights and make the desperately needed investments to guarantee housing, health care, and a robust social safety net for our unhoused neighbors,” she continued.

Before the pandemic, researchers found that homelessness was increasing across the country. According to a joint study by the Universities of Chicago and Michigan, the U.S. poverty rate climbed nearly two percentage points between July and November 2020. This marks the most significant spike in poverty since the 1960s.

While the reasons homelessness exists are as numerous and diverse as the people experiencing it, the bill that Bush introduced would also address why homelessness persists. Mainly, it would provide states with additional funding for the construction of affordable housing and shelter space.

To fund these priorities, the bill says the “House of Representative shall strive to provide”:

On top of these funds, the bill also seeks to fully fund 10 of HUD’s housing assistance, behavioral health, and substance abuse treatment programs, as well as other federal poverty reduction efforts.

The bill’s broad approach to solving homelessness has garnered the support of several advocacy and service organizations. Some include the National Low Income Housing Coalition (NLIHC), the National Homelessness Law Center (NHLC), and Beyond Housing.

Diane Yentel, President and CEO of NLIHC, described the bill as an “opportunity to advance housing solutions that move our nation towards universal, stable, and affordable homes for everyone.”

“The ‘Unhoused Bill of Rights’ resolution makes clear: housing is a human right and bold solutions – including universal rental assistance, robust resources to preserve public housing, and significant investments in the national Housing Trust Fund – are central to any strategy to ending homelessness,” she continued.

Eric Tars, Legal Director for NHLC, said the bill “demonstrates once again why we need more legislators with the lived experience of homelessness, poverty, and racial discrimination.”

For local organizations like Tent Mission STL, which operates in Bush’s hometown of St. Louis, Missouri, the bill provides much-needed resources that some local leaders are reluctant to provide.

“We live in a Country whose approach to homelessness has been criminalization, a State where harm-reduction workers are forced into the shadows because it is still a felony to distribute clean syringes to IV drug users, and a city that doesn’t have a 24/7 emergency walk-up shelter for its residents,” Tent Mission STL said in a statement. “The time for the federal government to extend a hand to local communities who have always taken up the work of supporting their unhoused residents is long overdue.”

Now is not the time to be silent about homelessness. While federal lawmakers negotiate a bill to protect the rights of our unhoused neighbors, you need to contact your state leaders and tell them to pass a similar bill. Lawmakers in states like Connecticut are already working on these measures. But, they can’t win this fight alone.