From Black Death to COVID-19: Risk Remains the Same for Homeless People 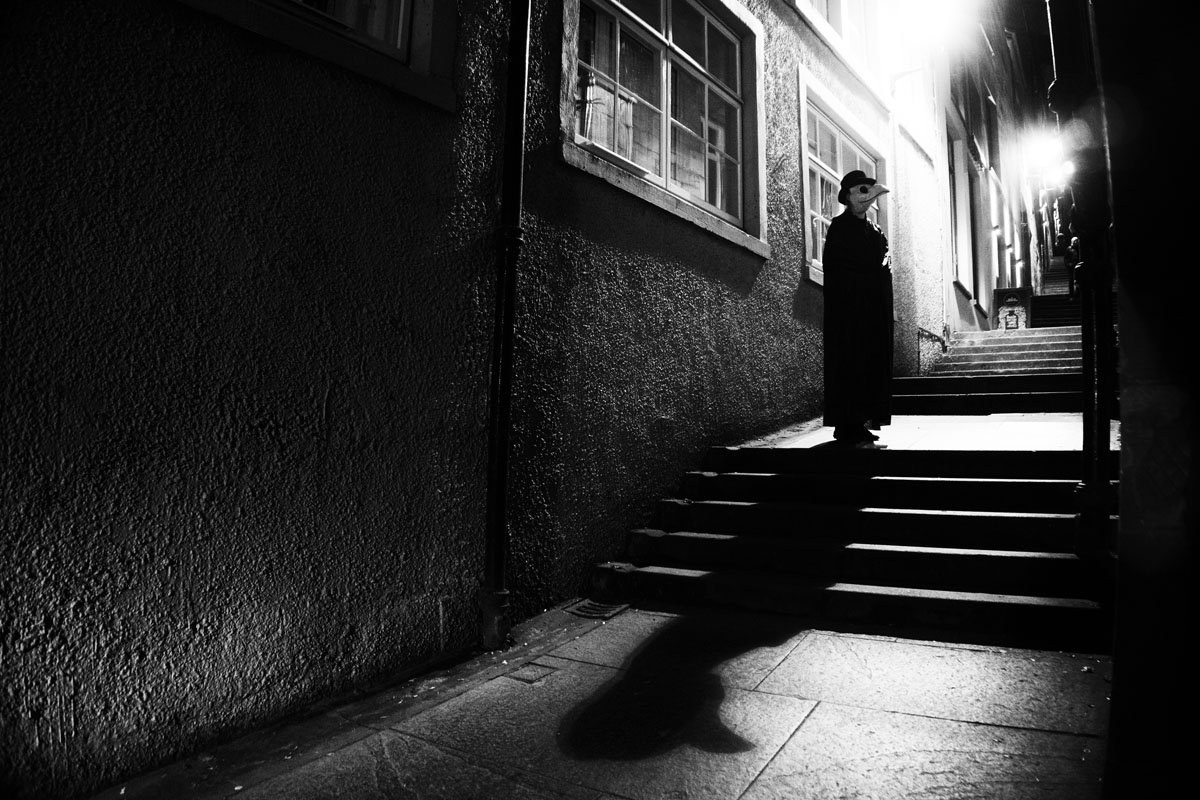 I have begun to write this column about six times before this attempt. I don’t normally have trouble writing and the problem isn’t a lack of subject matter. The problem of course, is too much subject matter. There’s a sea of conflicting information and huge issues that make this difficult to navigate. I’ve attempted to focus on how COVID-19 affects homeless people. Inevitably, that leads back to the much larger issues of society.

To recap: A dangerous germ is transmitted from non-humans to humans in a region in China. Through globalization, it spreads to countries like Italy where it tears through the population infecting a great many people, causing many deaths. It spreads easily, so the only way to try and contain it is to stay away from other people. Theaters and gathering places are closed in the hopes that people stay in their homes. Despite efforts, it continues to spread. No one knows quite how to stop it, cure it or prevent it as it continues moving through populations.

Sounds about right? But wait – I just described the movement of the bubonic plague of the 1300s. I’m not comparing the diseases, but I am comparing the situations.

One of the biggest situational differences is the bubonic plague (aka Black Death) was an equal opportunity killer. Whether you were well off or poor, anyone could contract it.

Little has changed for homeless people in almost 700 years.

As it was in 1343, many people are homeless because they are disabled and unable to hold steady employment. Right off the bat, these are people in a higher risk group just because they’re disabled.

Homeless people also live in super high-stressed situations every day, which keeps inflammation levels high, wreaking havoc on our immune systems. Most also suffer from sleep deprivation due to their living conditions. They don’t have access to a healthy diet. They also lack access to facilities so they can wash their hands frequently. Of course, this is a critical step in staying disease free. And shelters are very often dirty, run down places where people are in close quarters – there is limited ability, if any, to practice social distancing.

Now let’s factor in mental illness. This often results in the inability to comprehend the pandemic itself or how to protect themselves and others. There is also lack of information in many cases. No matter how conflicting the stuff in the media may be, even the most agreed upon information is often not available for homeless people unless they have a phone.

Of course, if you ask any self-respecting troll on the Internet, homeless people shouldn’t have a mobile phone.

According to their “logic”, not having a phone would surely save you so much money that it would afford you housing! The fact is a great deal of homeless people get a FREE phone from social services called Lifeline. If you are poor enough and have no phone, they will provide one. Lifeline isn’t new. It has been available to Medicaid and food stamp recipients for decades on landlines.

There are also homeless people who are on family plans set up by friends or family members who might not be in a position to house the person, but can at least make their lives a bit easier by giving them a phone. So to the very dull-witted troll, it might appear that homeless people are living it up with a state of the art phone, but in fact, that is almost never the case. Even without a pandemic, homeless people can use phones to access help and social services, medical aid, weather news (which trolls also don’t realize is really crucial if you live outside in a tent or a vehicle) and other vital information.

With COVID19, homeless people need the ability more than ever to access news and information for their area. They need advisories, advice, and information on available services. They also to stay connected to feel some level of comfort in these trying times.

Cripples and beggars living on the streets in the 1340s were not so different from homeless people today. Their circumstances are strikingly similar. Then, like now, many were too disabled, either mentally, physically or both, to work and therefore had no way to afford housing. Forced to live on the street, they had to beg for food and coins. They had few opportunities to bathe, and were forced to go to the bathroom on the streets. Whether it was the Black Death or any other lethal disease, those poor souls didn’t have a chance.

What does it say about the human species that in 2020, we have more than 560,000 homeless people in the US alone! That is a low estimate, too, since so many homeless people are not accounted for in Point in Time counts. What’s worse, each year the numbers continue to rise.

‘I Wouldn’t Wish Being Sick While Homeless on Anyone’

“For the general public that thinks this is not their problem, remember this: when a sick person is out in public, they can infect others. This has come sharply into focus recently with the sudden outbreak of the coronavirus. When the next pandemic hits humanity, it will not care who you are. However, it will hit homeless people community hard due to our vulnerability.”

I wrote that around the third week of January for my February column. I was concerned this would be serious, but did not panic or attempt to make predictions. After all, the media was “the boy that cried wolf” during the previous scares of swine flu and Ebola. That was nine weeks ago – look how everything has changed.

Yet, one thing has not changed: Homeless people will be hard hit.

The hashtag #homelesscantstayhome is trending. Homeless friends cannot find open public bathrooms. Many restaurants are not giving out their “about to be discarded” food to homeless people at night. Homeless people cannot wash their hands, cannot find baby wipes, cannot find hand sanitizer. In some cases, paper towels aren’t even available.

It’s a profound statement that in the 21st century, with so much abundance and wealth on the planet, humans have evolved so very little since the Dark Ages. Then, like now, poor people are “not my problem.”

The kings and nobles of old sat in their castles and estates in comfort while they let poor people rot in the streets, breeding disease rather than use resources to get them housed.

Sadly, many homeless people and people at-risk of becoming homeless (a number that is expected to increase this year) have actually been saying, “Maybe this thing will just kill me. I don’t care anyway. Nobody else does.”

While COVID-19 will surely be lethal to a good deal of people, will compassion evolve in its wake?

Before I go, let me leave you with this:

If you have a home to isolate in, a bathroom to use and bathe in, a way to cook and obtain food …

If you have books to read, a computer to research on, a bed to sleep in, hobbies to work on, then please think twice about complaining that you have to stay in.

There’s never been a better time to practice gratitude for what you have because this list is unavailable to millions of human beings globally every day, much less during a pandemic.

Please stay safe and be well.