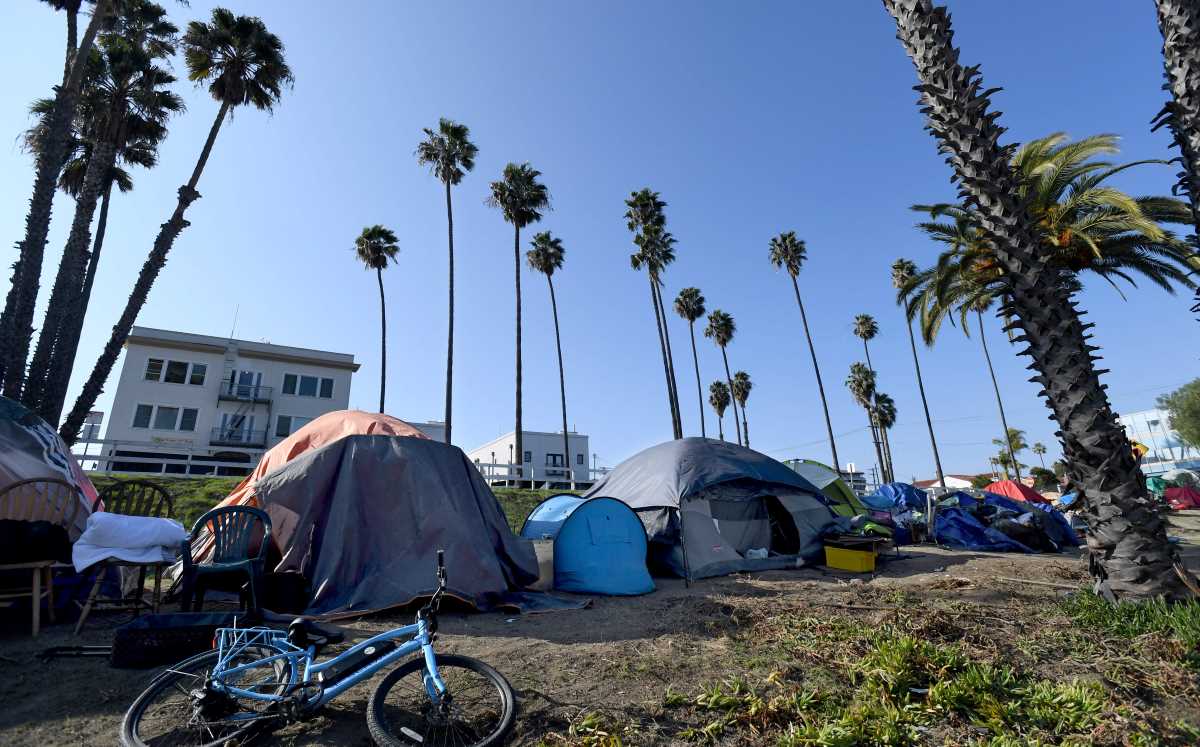 Beneath a gleaming California sun, on sprawling sidewalks situated within a 7-mile radius of Hollywood, lies America’s most notorious display of homelessness: Skid Row. This desolate stretch of space is “home” to at least 1,400 unsheltered individuals.

Many members of this homeless community reside in poorly insulated tents. Their belongings are haphazardly strewn about. They wake up each morning wondering how they will survive the day. Where will they go to the bathroom? Where can they walk around peacefully without being harassed by passersby or local law enforcement officials?

How did this happen? How is it that a modern shantytown of epic proportions could be erected a stone’s throw away from a region where the median housing price is well over $1 million?

People unfamiliar with the current housing climate will assume drugs or mental illness are to blame. But this claim could not be further from the truth. In reality, the leading causes of homelessness are:

A careful critique of these leading causes displays one common denominator – wealth inequality. Is it any wonder then that California, which remains in the top ten US states for wealth inequality, also exhibits the highest rate of homelessness nationwide?

Now, in a post-pandemic world, with record-high unemployment rates, California’s latest numbers show that the rich got unfathomably richer. Meanwhile, the working-class transitioned to never-before-seen depths of poverty.

A Tale of Two Californias

For all intents and purposes, there are two Californias. One belongs to the workers, the people upon whose backs this nation was built; the other consists of top-tier earners.

In effect, this is no different from any other cast system of the past. Call it what you will – peasants and royals, proletariats and the bourgeoisie. The names can change, but the conditions throughout history remain the same.

This particular brand of toxic capitalism fuels homelessness by feeding its flames. From the ashes emerges one tale of two very different Californias. Anthony Wright, the Executive Director of Health Access California, summed things up concisely with this quote:

“There have been so many hurt by the pandemic in California, with whole sectors cut down or scaled back — and at the same time, the wealthiest have not only survived but thrived.”

An Overview of the Burgeoning California Wealth Gap After COVID-19

California is a window into the future of our nation. All across the United States, the rich are getting richer at the expense of the poor- the working class.

Evidence of this can be seen through the statewide $75.7 billion budget surplus, which exists only because the state’s wealthiest residents saw exorbitant increases in profit for the previous fiscal year. Economic experts believe that at least 50% of statewide tax revenue is now generated by the top 1% of earners in the region. And as the smoke around the public health crisis clears, we are witnessing a new state, one where millionaires have become billionaires, billionaires have become trillionaires, and everyday workers have been thrust into an unending cycle of desolate poverty.

Here are some stats supporting this claim:

In the fury of wildfires and the uncertainty of a crumbling economy, many Californians have given up altogether. While working-class citizens flee the state in droves, California is slowly transitioning into a state of mostly wealthy, white residents.

“We are witnessing the rapid creation of a new geography of segregation and exclusion in Los Angeles, as areas seen as desirable are being purged of those who cannot afford the sky-high rents that inevitably follow.”

The over-abundance in tax revenue is certainly a testament to California’s ever-growing crisis of wealth inequality. Ironically, it could also be a silver lining if the extra money was siphoned into institutions that facilitate the needs of impoverished people. However, severe spending limitations could inhibit this revenue from winding up in the hands of people and families in need.

One of the biggest obstacles we face today is rooted in a decades-old piece of legislation called the Gann Limit. If this law is not overridden, much of this money will wind up being returned to those top 1% of earners, as if they have not yet conquered enough.

In brief, the Gann Limit, which was drafted into law in the late ‘70s by a conservative political activist, places a cap on the amount of money the government can spend from tax revenue toward social services and other programs. Thus, the bill creates a loophole that could very well leave working-class Californians high and dry… again.

The good news is that there exists yet another loophole within that loophole because the bill makes exceptions for emergencies. To that end, if the pandemic fits the bill as an emergency, which it should, the spending cap should at least be loosened, if not removed altogether.

If we truly want to solve homelessness, we must first examine its root causes and then rectify them. Right now, wealth inequality is a significant contributor to all of the top four causes of homelessness.

Contact your legislators and representatives and ask them what they’re doing to combat wealth inequality and homelessness as an inevitable after-effect.