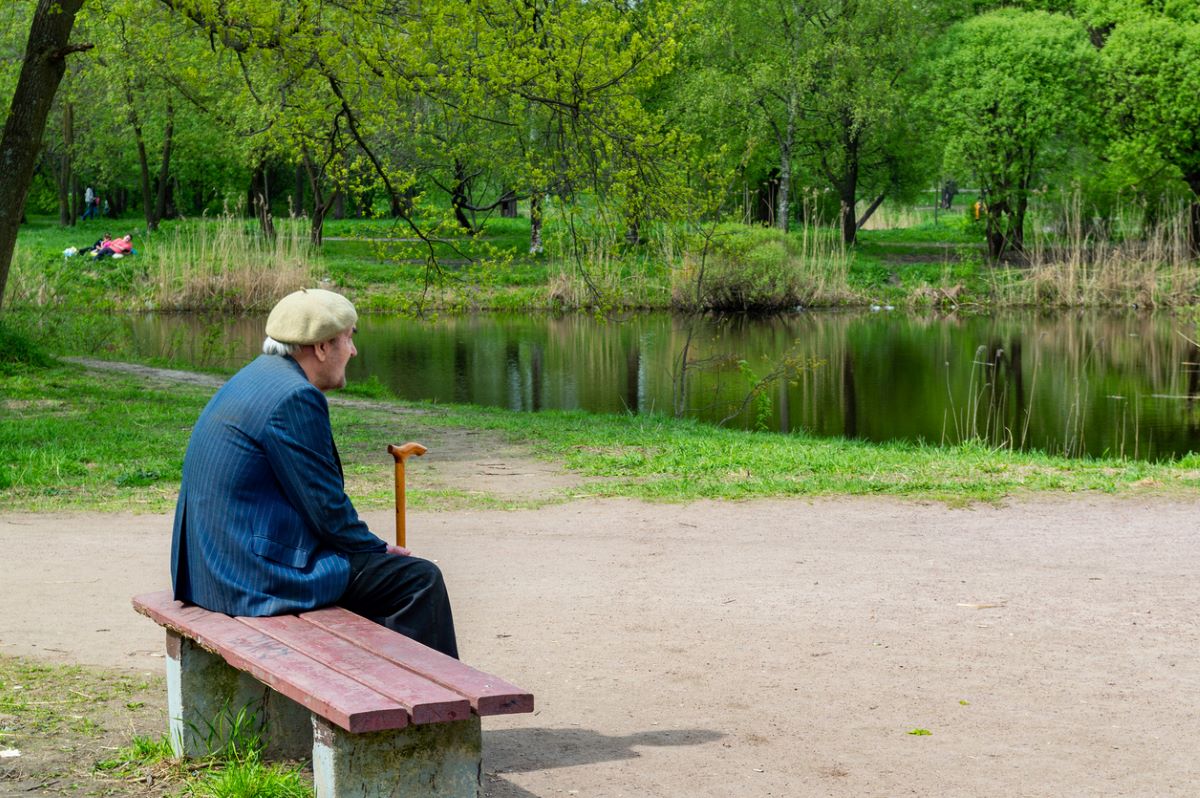 Seeing life as a miracle or gift rather than a curse must be a wonderful and amazing thing. For certain, I will never know. My life has more or less been nothing but a curse.

It’s not just me. Many of the homeless people I run into feel this way, especially those who have lived with disability and chronic illnesses.

Aside from isolated happy incidents, my life has been a total and complete failure. I accomplished almost nothing that I had wanted to. Now, as the end of the show draws near, there is no hope left. Opportunity is gone. I face only the horrors of poverty, living unhoused in poor health.

Imagine what it would be like also to become elderly and be homeless. Being disabled and homeless is probably about the same level of hardship. Can you imagine both conditions at once?

I pray I don’t live long enough to find out. Well, I recently ran into an elderly man who is both. He is disabled and 78 years old and has been living in his car for the last few years.

His car was dirty, dented in multiple places, and very run-down looking. The man himself did not look much better, I am sad to say. He was taking trash from his car at the same gas station where I was fueling my van. I felt so sad for him as he struggled to clean his vehicle.

As is often the case with vehicle dwellers, you open the door, and stuff just slides out onto the pavement. I offered to help him pick up his stuff once I finished fueling.

I suggested that we get away from the pumps and sit off to the side where there is store parking. Bob moved his vehicle over, and I did the same. There are picnic benches outside this gas station, so I gave him the coffee and sandwich and let him enjoy it at a table.

We talked for a short while about living in a vehicle and traded stories as I do whenever I get the chance to speak with anyone else in our boat.

Bob’s story was a lot like mine. He was never able to make much money in his life. He was awarded disability many years ago due to a back injury. With only that income to rely on, he was at the mercy of friends and family for housing. But, as is often the case, he outlived his siblings and most of his friends.

Bob said some of his friends around the same age as himself ended up being taken in by their families once they reached a certain age. Some ended up in nursing homes, which he told me is probably his next and last stop. Bob has no children, family, or able-bodied friends to help him now.

As I sat listening to him, I could see that he wasn’t exaggerating.

I was surprised he managed to stay out of a care home up until now. He pays his vehicle insurance and fuel costs out of his social security, and he gets food from food banks, soup kitchens, and whatever he can get with his meager food stamp allotment. Like most vehicle dwellers, he lives daily, surviving but not living. Like most people in this situation, he just wants it to end.

Bob said he thinks about just taking all his prescription drugs at once with a bottle of whiskey. I felt his despair, and I understood his pain all too well.

Bob said he never suffered from depression. He never drank or got high. We spoke at length about the many misconceptions the public has about homeless people. Neither of us ended up this way because of stereotypical reasons the public loves to cling to.

The desire to end the years-long agony of life is not about clinical depression in either his case or mine. It’s just the straightforward answer to a never-ending problem.

There are many overlapping conditions between those poor souls living during the Depression and those with chronic homelessness and poverty now. I do not see why anyone would be surprised by the desire to end the constant suffering.

My regular readers might have read columns I’ve written in the past about this topic.

I have said this before: Yes, the expression, “into every life a little rain must fall,” is the reality of living. But when you live in a non-stop monsoon, life becomes an unbearable and unending nightmare that only death can end.

Ordinary people don’t have the weight of the universe bearing down on their shoulders every minute of the day. Long ago, I used to believe in possibilities and that good things come to those who are patient, loving, and kind. But I was a stupid, naive idiot. Life has shown me that goodness is “rewarded” with torture, and cruelty is “rewarded” with luxury and wealth.

Maybe it’s always been so. It’s built into most species on this planet that brutality and dominance win the day. What probably makes me the biggest fool yet, is that even knowing this, I still choose kindness toward others even when it hurts me.

When Bob and I finished talking, I wished him the best, whatever it might be. If he chooses self-deliverance, I hope it will be peaceful and swift. I envy him. I have a few people who still depend on me if for nothing else than being their “emotional support human,” and so I’d be wracked with guilt for using my “get out of jail free” card and leaving them to live with the guilt that they weren’t able to help me get out of this situation. It’s quite a quandary.

I know Invisible People has interviewed homeless people with good, positive attitudes, but I don’t think they represent most of us. There is a certain surrendering to the situation that ends in either that positive spin, like, “I keep hoping things will get better. You have to embrace life,” or the more common despair that this will never end and this is not a life worth living. I don’t judge either. It’s all valid.