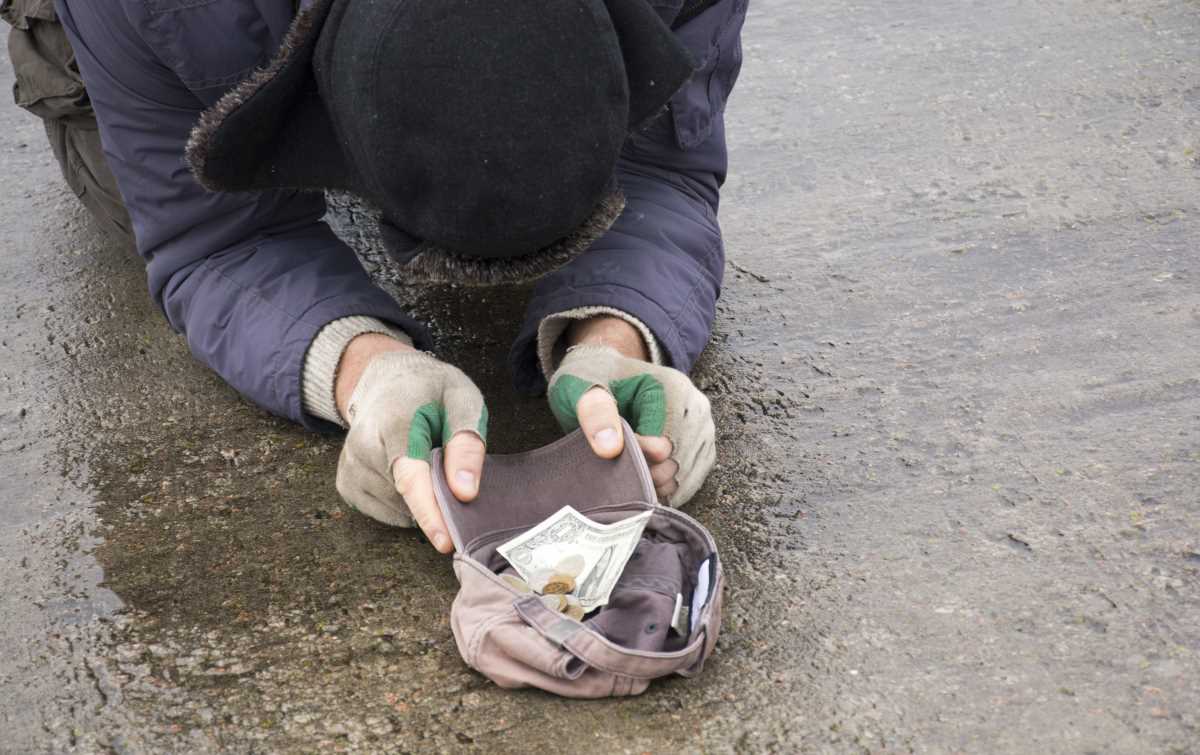 Homelessness and begging seem to go together. How often do we see the image of a homeless person with a sign begging for food, money, or even work? But we live in a society that is disgusted by weakness. As individuals, society has little compassion for fellow human beings. As a result, begging can often be an ineffective way to insure buying a meal, a bottle of aspirin, or a new pair of socks.

The lack of compassion most people have for homeless people is a huge factor. At the same time, individuals are being asked for money every day from companies begging for their business and charities begging for donations. It’s not uncommon to receive 25 emails a day begging for money. From “save the whales,” “save the dolphins,” “save the bees,” to emails marked “URGENT! Your donation is needed immediately to stop _______” (fill in the blank).

Environmental organizations, political groups, advocacy groups, and more are constantly begging for money. It’s not hard to understand how many people, who are often struggling financially themselves, just delete it all and try to tune it all out.

What makes all this worse is that many organizations are frauds. You learn their CEO is wealthy beyond the dreams of avarice and has evaded personal income tax for decades. This leaves people feeling let down, even violated when their well-meaning donation never makes it to the group or cause that it’s supposed to help.

When you tally up the begging from organizations and businesses trying to increase sales and then having bills arrive in the mail or being automatically deducted from bank accounts, how much attention will most people pay to a homeless person begging for help?

For the average person, little money is left over for themselves after they’ve paid all the bills and rent. So you can see how even a person with a big heart can feel the need to tune out just for self-preservation.

Begging in person is called “panhandling” and is not legal in a great many places. Social service agencies know that homeless people with no income have no other way to survive, yet laws prohibit panhandling.

Even where it’s allowed, it’s usually not effective.

Sure, we’ve all heard the stories about healthy, non-disabled, and intelligent people who panhandle for a living because it’s more lucrative than working (this is a regrettable statement about this society). Still, I think that’s the exception, not the rule.

I’ve seen homeless people panhandle on New York City subways or in Port Authority or other places and not get one thin dime put into their cups. There’s no doubt that some of the weariness is because of scam artists who are professional beggars. However, many people do not want to give money to panhandlers because of a fear that they will use the money to buy drugs or alcohol.

A particular portion of the public is simply disgusted by the sight of a “bum” begging for a handout.

Online contributions are a newer option for people in trouble. I have a gofundme account that a dear friend runs.

We’ve all heard the stories of how some fool glued their lips shut and received thousands of dollars in a day. Many of us just shake our heads in disbelief. Or real crises like a kid with cancer who has a gofundme that goes viral. But for every family in need who has a campaign that goes viral, the vast majority make very little. What little they make might be collected over long periods.

Mine has run since late 2016 and came in “drips and drabs” to even get where it is. The funds have been enormously helpful to daily survival and to survive crises, such as when I had a life-threatening infection in my jaw last year and needed urgent surgery. I never could raise enough to get me out of my situation. It’s just become a way to ask for urgent help as needed.

As with everything else, one of the enormous impediments with online campaigns is that many are not legitimate.

Those who create gofundme accounts for artificial crises make it hard for the public to trust that they aren’t donating to a scam artist. In turn, this makes it much harder for those in true crisis who need help.

I once knew a man who had been born and raised in Jamaica. Henry moved to the US in his middle years living in a small trailer in upstate NY as a goat farmer. He had very little and lived very modestly.

In a conversation with several people on the subject of poverty, the subject of begging came up. One person commented giving money to somebody who might use it for drugs or alcohol. Henry (who was in his late 70s at the time and is now deceased) answered:

“I always give something to someone who is begging. Whether it’s a quarter or a dollar, I always give them something. I know what it is to be really poor. Now, if he uses the money for drugs or alcohol, that’s his business. But if a man feels he must lower himself to the point of having to beg for coins, I will give him a little something. Maybe he is suffering from addiction, or maybe he’s hungry. I won’t miss that quarter or dollar as much as he will appreciate it.”

Old Henry was a special soul. He was compassionate and carried a very ancient wisdom with him. You felt like you were in the presence of someone who walked with enlightenment.

I never forgot his words.

I was 19 when I met him and used to love playing with the goats in his pen. Magic Man and Scissors were my favorite two. Even then, I longed for a life as he had – a tiny place in a wooded area, far from the next house, surrounded by animals both wild and domesticated.

At night, over his head, an endless sky filled with shooting stars and the backbone of the Milky Way. But all these years later, even his very modest life is out of reach and  unaffordable for a person like me.

I think no amount of begging to the Internet or the universe will help. The irony is if I could secure a place to work from home, I could earn a little money on my own each month.

But with no place to use for a studio, all that’s left to me is to beg.

The universe has continually shown me that I am a person with no worth or value. There is no one to help me get back on my feet, no way to escape this desperate situation. I have no dignity: no pride, and absolutely no concept of self-love or self-worth.

I don’t believe in those things. Maybe I never did. Begging for help can’t make me feel any more worthless than I actually am. But donations make it possible to do basic survival. I, for one, am profoundly grateful and very humbled by anyone who has helped me during these brutal years.