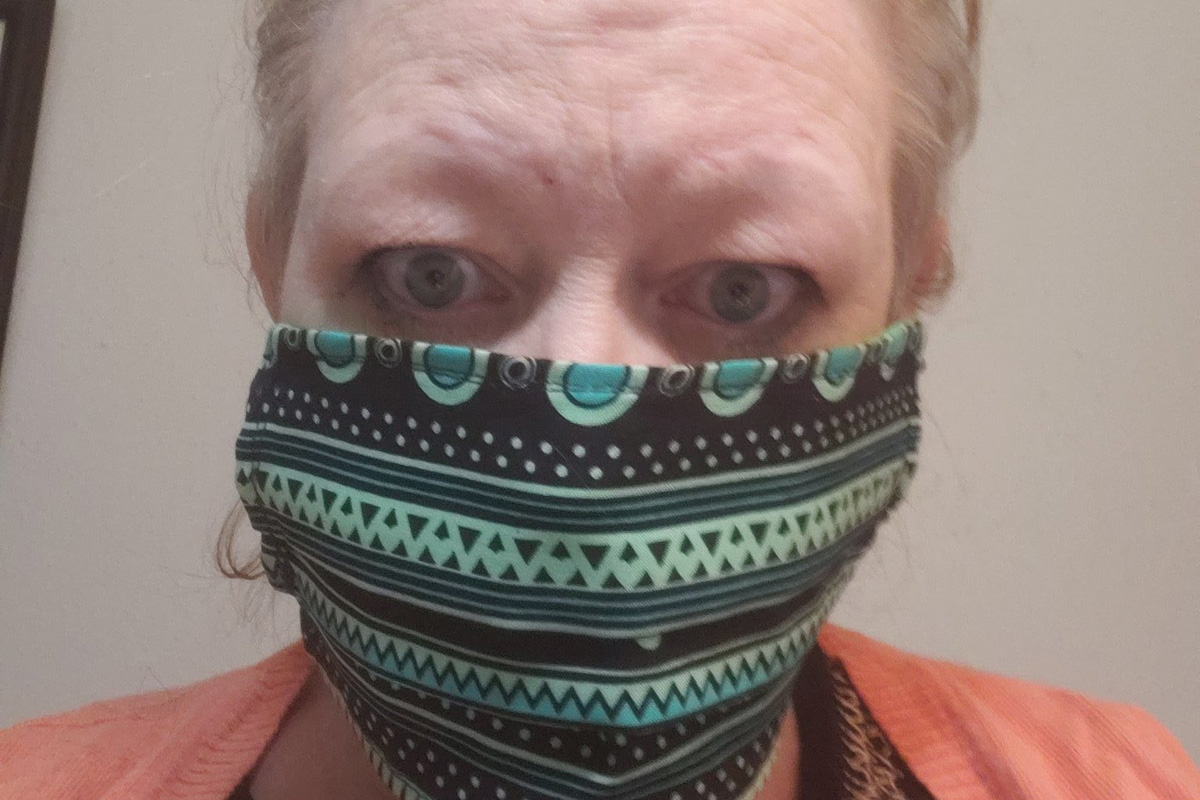 As I sit to write this, my heart is broken.

I have just learned of the tragic passing of our friend @homelessdallas1, also known as Mary. You might have followed her on Twitter. Mary had a long list of maladies from breast cancer to bleeding ulcers. She was homeless while trying to get help and receive treatment. I was never able to meet her in person. She lived in Dallas and was too far away for me to visit. But we had many conversations and interactions in the time that I’ve known her. She was somebody who I cared very much about.

Mary was born in Ireland in a time where the violence was a daily occurrence between the northern and southern part of the country. She once told me about how at the age of only 4, she had assault rifles pointed in her face. And at the age of 12 she was staying with a friend and they blew up the house two doors down.

She came to America thinking she would have a better life, but it was not to be. I previously wrote a bit about her story. She had the same sad story that so many homeless women have, including me. She got involved with the wrong guy and it led to homelessness. In her case, he walked out on her when she got sick – a familiar story. Nobody wants to stick around and take care of a sick person.

Mary was a born fighter.

She was kind hearted and socially conscience. She wanted to live and she wanted to save the world and help others in need. Over and over I have noted that people who are or have been homeless are usually the ones who want to help others the most. They come from a place of deep knowing. They are absolutely aware of the suffering of other beings and they want to help alleviate that suffering if they can.

In my final real conversation with Mary, she and I discussed death. She was not afraid to discuss it, but she just wasn’t ready to die. She told me that she did not want to die because of a couple hundred dollars. It was a couple hundred dollars that had stood in her way of getting the surgery done. But as I understand it, she was given a donation that helped cover it. However the surgery was postponed because her blood pressure was so high.

Knowing that, it’s not hard to see that she died in her sleep either of a heart attack, a stroke or maybe bleeding out from the ulcers. Whatever the case, she might well have lived if the surgery had been performed far sooner, rather than being postponed while she campaigned for the money she needed.

I know all about this.

I also had to delay my oral surgery until I could raise the money. As of this writing, I still owe nearly $1,000 in unpaid bills and have no way to pay them. This is why people like me don’t have good credit. I’ve never owned a credit card in my life, yet I still have bad credit because of stuff like this. So people like Mary and myself cannot just put medical needs on a credit card.

It might interest you to know that not only did Mary retweet my campaign for fundraising for the oral surgery, she did it while she was trying to raise funds for her own surgery. Not only that, she sent me a small donation from her own pocket, rationalizing that “one good turn deserves another” because I had surprised her.

I made her a mask and mailed it to her. I asked her what he favorite color was and she told me green. So I used the only green I could find in my fabric stash in storage and made her a mask. She didn’t know what I was sending her but assumed it would be a piece of art. Why else would I ask about her favorite color? She was so surprised she told me she had tears when she received it. She actually needed one very much for a medical appointment she was having a few days later. This was the first time she was not ashamed to take a picture of herself since becoming homeless, she said.

I cried. I had no idea it would mean so much to her and other homeless friends I made masks for. She said I could use her photo to promote my mask making business and so I feel safe sharing it here.

My mask making business never got off the ground.

Right after I made hers, I got a serious infection in my jaw, then it got too hot for me to work (I have heat intolerance due to multiple sclerosis). I see little point in making masks now. You can get masks everywhere. Etsy, Ebay, Amazon, from ads on social media, etc. and many are cheaper than mine. The labor I put into my masks is too much to be worth it. I do reinforced stitches on all seams and some hand sewing with carpet thread on stress areas. I’d have to charge too much for my time and no one is going to pay that for a mask when they can get something cheap online. So I only made them for a few friends but I’m glad Mary was one of them.

I never thought that photo of her in the mask would end up being her memorial photo.

Did she think she was going to die?

I’m not really sure. Maybe. We talked about spiritual matters. She did indicate being fed up with it all. This was not supposed to be her fate. She wanted to find that fighting spirit she had as a child and wondered where it went. A few times she mentioned she was so frustrated that she just wanted to give up but always said she was joking. I told her that with me, you can feel safe discussing death. That’s one of my favorite subjects.

Everyone believes that wanting to die is the consequence of depression. Well, sometimes, it’s a desire that comes from realizing there is no way out of your situation. If you have to, call it “situational depression,” which is a form of depression brought on by actual circumstances that lead to hopelessness.

Some people with situational depression are possibly making “mountains out of mole hills” as some may accuse. But when you are a disabled person, with no help and poor health and no way to earn money and no way to get back on your feet, is it actually illogical to feel that death is a viable solution? Unless you walk in our shoes, you may not be able to appreciate this.

Prince Charming isn’t coming on his white horse. No imaginary millionaires are going to choose you to bestow enough money to get you out of your predicament. The minimum wage in America will never be enough to actually live on. And the rules and laws that govern all this will never be in favor of poor people.

The house always wins. So where was Mary or any of us to find hope?

What I think is that Mary was ill for a long time with cancer and many other maladies. Her body was ravaged from chemo and drugs that she was given for cancer and other illnesses. She was worn out. There is no way to recover on the streets. Imagine getting chemo and then going “home” to a homeless shelter.

In her last few months, she was able to stay in a friend’s apartment while her friend was in lockdown elsewhere due to COVID. To the best of our knowledge, Mary died in her sleep in a real bed. It wasn’t her own home, but at least it wasn’t on the streets or in a shelter.

Still, this is a sad tale of a hard life with an unhappy ending. Or maybe a happy one, depending on your point of view.

After all, her pain and suffering is now ended and her legacy will be one of having been a good soul and a kind friend and a defender of the weak. She died as most people hope to, which is in her sleep.

As a student of comparative religion and mythology, I look at death from many perspectives. One of those is the Viking view of death.

The Vikings had no fear of death, only a fear of not having a good reputation, which is the immortal part of us. They believed that the one thing written in stone about your life would be the date of your death. That was in the hands of fate. What you did with your time here in this realm was up to you.

To die with a good reputation would be to become, in a way, immortal. To be well remembered and spoken of beyond your death was the goal. For someone with a bad reputation to be remembered forever in a negative way or to be forgotten entirely as if you never existed, was its own form of death.

Mary’s reputation among her friends in the homeless sector is a stellar one. She will be remembered as strong and kind and utterly deserving of much more than she was given in this life. She, like so many other homeless, disabled people, was utterly failed by society. Though I know she was grateful for those of you who were kind toward her, compassionate and her friend. Rest in peace, dear Mary. Your pain and suffering is now ended and your reputation as a great person immortalizes you well. All our love, dear friend. 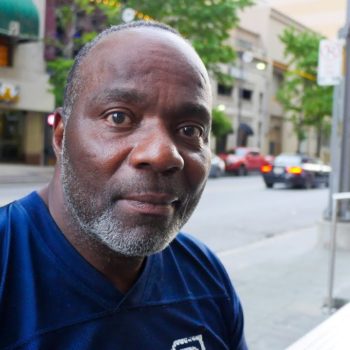 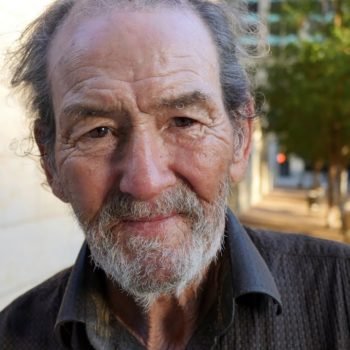