Homelessness and the Holiday Season 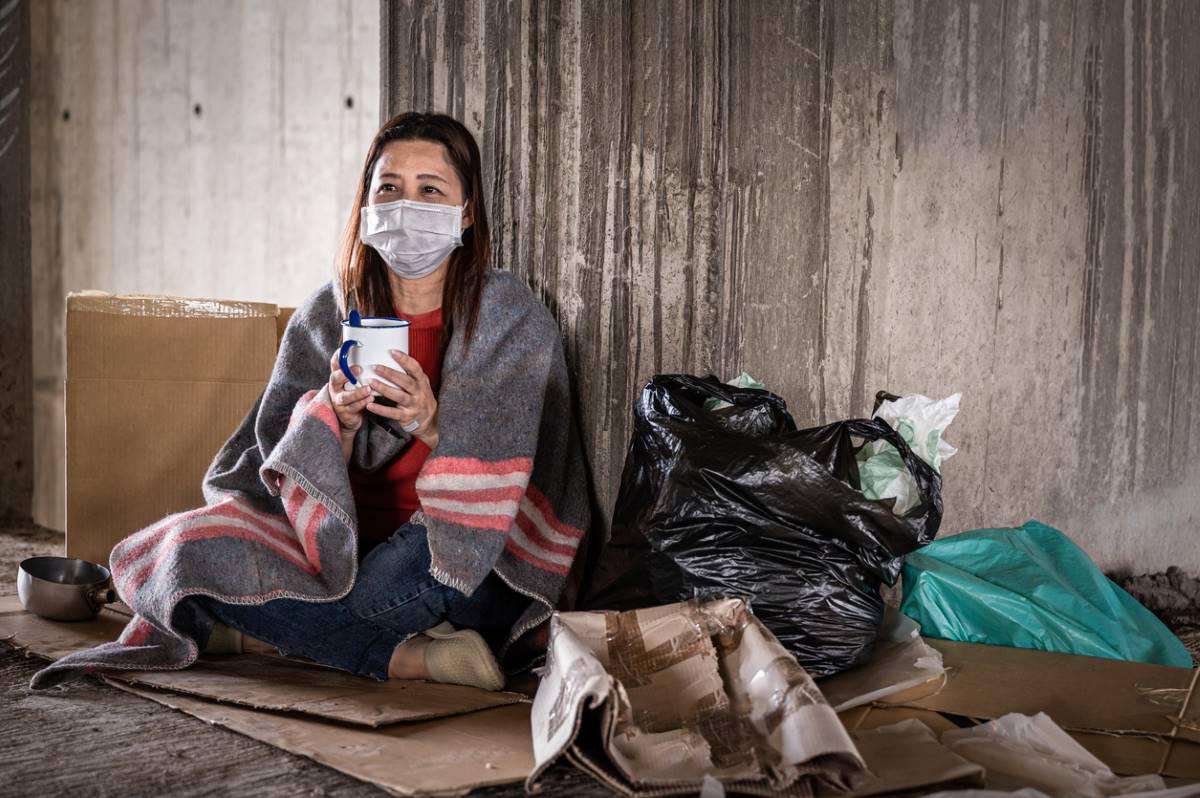 As I sit to write this, the holiday season is here. Today is Thanksgiving, and we are awaiting all the other holidays – Yule, Kwanza, Hanukkah, Christmas, and so on.

It seems the holidays started early this year. The Christmas stuff sat next to Halloween stuff starting in late September in numerous stores. At the beginning of November, Christmas music played in Walmart. Retail is pushing people to go “all-out” this holiday season. However, most average and low-income people are facing financial burdens.

Most of my friends have declared they will not be buying gifts this year except for maybe their most immediate family members or children. They are financially strapped, and they are apprehensive about the future. A few of them (currently housed and working) are very concerned about their own housing issues.

We are in a situation where ordinary, working people cannot feel any sense of security about their future, where they did only a few short years ago.

Holiday spending is considered crucial for the economy, but it isn’t just fear of future homelessness scaring people off. Supply chain problems have plagued us for much of 2021. Now gasoline prices are incredibly high, which is a definite deterrent for driving around, store to store, wasting money on gifts, many times out of obligation.

Reports claim that the prices of everything will rise due to these supply chain problems, but will they go back down? Probably never.

Maybe this is a sign that it is time to move away from the commercialism of the holidays. I do not agree nor disagree, but I know many artists and craftspeople who rely on this season for most of their income.

Like it or not, this is how it’s set up. Last year hit most people pretty hard. In many ways, this year has shaped up to be no better. Even if you managed to go back to work in 2021, the cost of literally everything has risen sharply, from groceries to fuel to rent and so much more. People are hurting financially, and it’s hurting those close to the poverty line much harder than those in higher income brackets.

Those who grew up celebrating the holidays with parties and presents will find it difficult to forego gift-giving and holiday gatherings for family, friends, and coworkers. People look forward to the holiday season as a relief from their usual routines. I am speaking only financially, not even factoring in Covid-19.

For other people, the holidays can be a very depressing time. This time of year is a trigger for bad memories and painful losses.

People like me sort of “go with the flow,” as it were. In my case, I never really had much stability. Things I did for a few years became impossible years after. Some years I spent with loved ones in California, and other years I did nothing.

In December of 2019, I went to a free Christmas party at a music venue after going to the parade in town on Christmas Eve. The parade was reminiscent of the Christmas festivities in Whoville, in the Ron Howard film, How the Grinch Stole Christmas.

Many people dressed in outfits similar to the film’s costumes, and there was a big tree in the middle of town. They featured live music with a combination of holiday songs and instrumental jazz. They offered me free gourmet coffee, served in a beautiful cup. While I am not big on the holidays, I did enjoy that evening’s free festivities.

Most of the patrons there were in groups of at least two people, but I didn’t mind being alone at all. I prefer it. I might do a FaceTime with a few key people, but other than that, my “ritual” is to try to have a special meal and to watch my favorite Christmas movie, A Christmas Carol – the one starring Michael Caine (okay, fine, and Kermit the Frog! There, I said it).

Of course, watching the movie and having a nice meal depends on where I am on any given Christmas Eve, how much money I have left that late in the month and whether or not I have enough battery left to play the DVD on my computer if I’m not at anyone’s house.

While this lack of stability and predictability isn’t fun, I am more worried about more important things that require stability, like day-to-day living issues, vehicle issues, etc.

Some vehicle dwellers hang a wreath on the back of their vehicles, or they put decorations on the windows. They might do something that will make the vehicle festive. For many people, this is the only way to celebrate. Some homeless people go to dinners held by charities or churches in their neighborhoods.

Our friend Christy prepares gift bags for homeless people with her church group. Together, they distribute them for the holidays to people living on the streets and a few that she sends to homeless friends out of state, assuming somebody has a mailing address provided for them via a post office box or other provision to receive mail and packages.

Christy’s effort is very personal. She helps buy the supplies, pack the bags and directly gift them to people in need. I can tell you that she puts much love, thought, and effort into this project. Christy even differentiates bags for male and female recipients, giving women things that we need specifically. I wrote about her project in a previous column.

The holidays are usually anything but festive for a homeless person. Many are living on the streets, isolated, without any holiday at all. Christy’s beautiful gesture should serve as inspiration for others to make small but impactful differences for people in need within their communities.