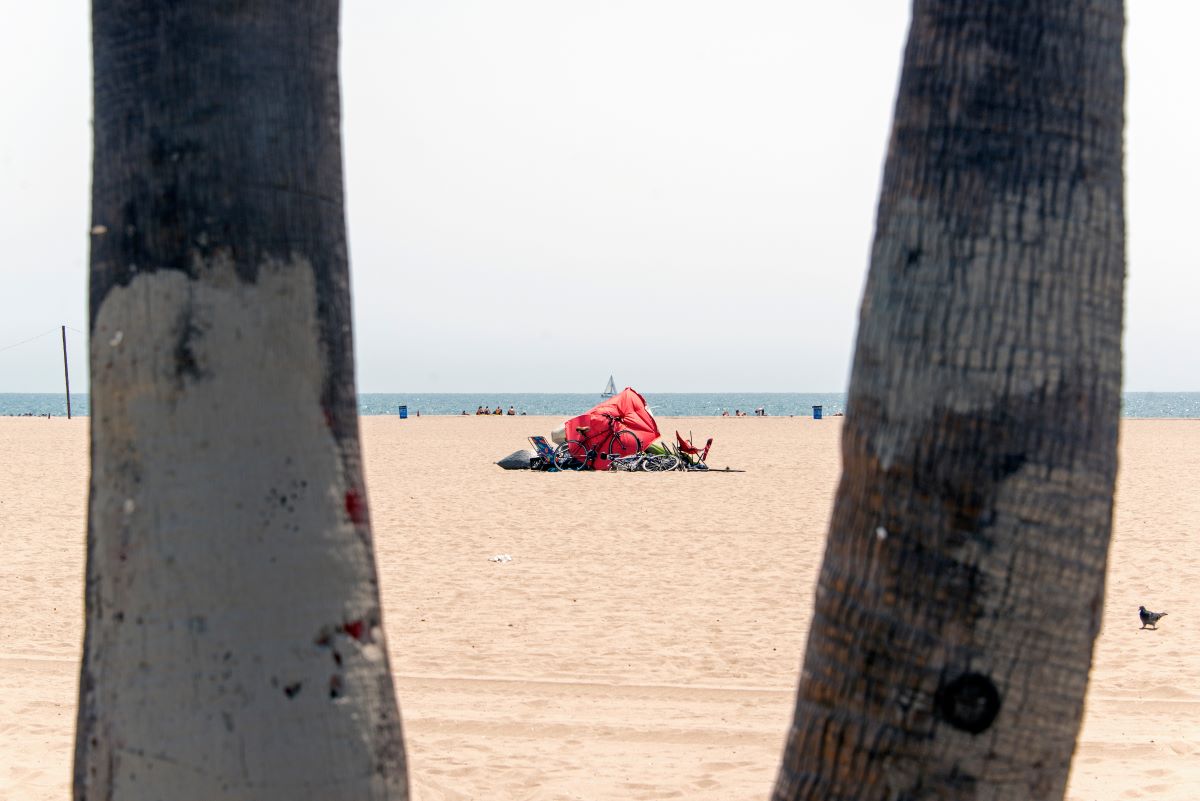 This is part two in a three-part series. Here is part one. 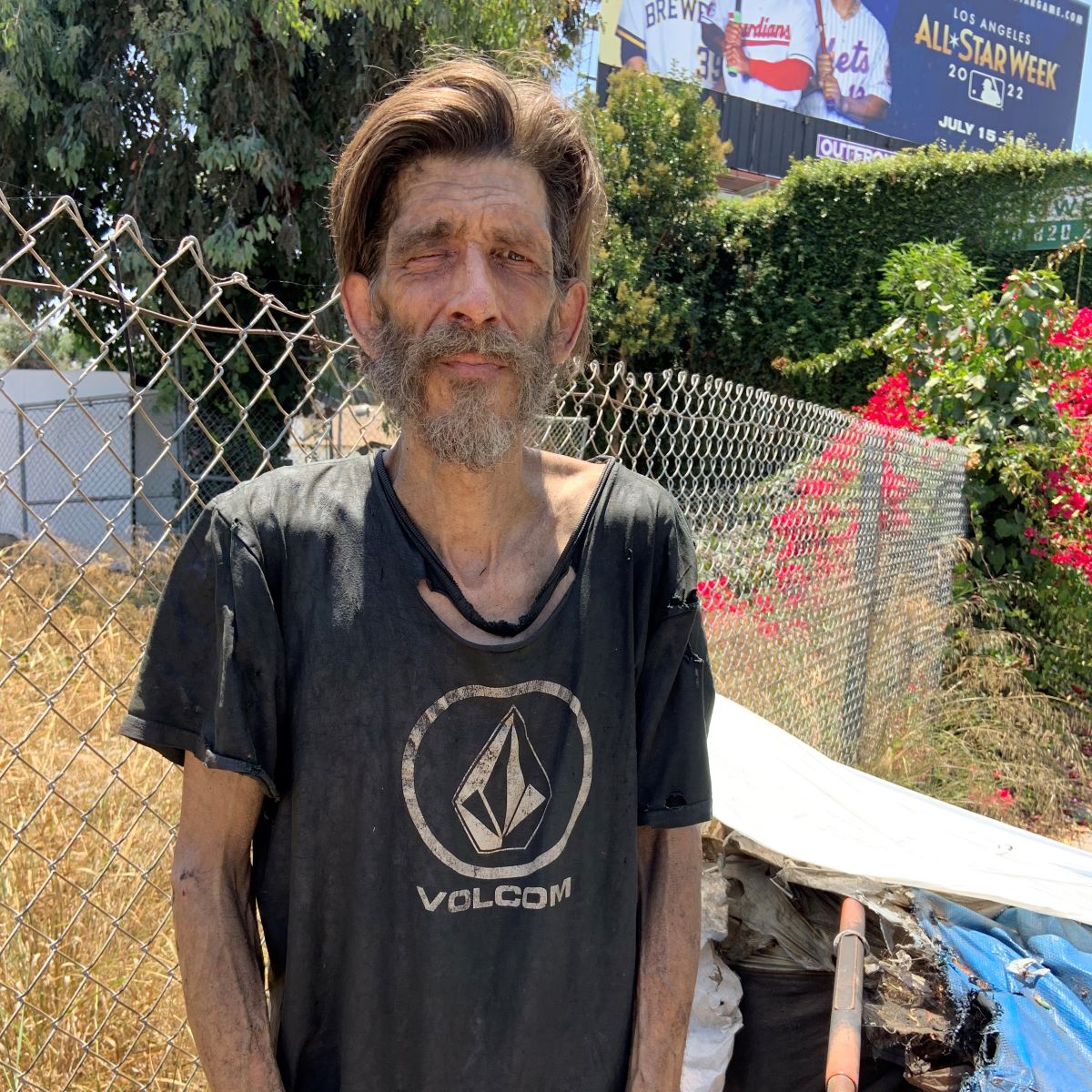 My name is Matthew, and I’m 50 years old. I grew up in Garden City, Long Island. My mom stayed home, and my dad was in the construction industry. He actually helped build the World Trade Center. He was a project manager for the top floors. I went on opening day for the ribbon-cutting — though I don’t remember that.

School was hard for me — I think I’m on the spectrum, though it’s undiagnosed. I liked Science — the basics of it, especially Biology. I remember Mrs. Donnelly teaching us about wolves. When a wolf eats its prey, the first thing they eat is the stomach contents, where all the predigested grasses and seeds are.

I also liked art. I made a drawing of Michail Gorbachev for my Social Studies teacher, and he hung it up. See, I liked learning, just not in the environment I was doing it in.

I passed my classes. But I also stayed at home a lot. I slept during the day and played music at night—mainly guitar. I pretty much stopped going to school after my best friend killed himself in the 11th grade.

Justin and I were fraternally connected; we’d each found someone the other person could relate to. I barely graduated.

After my parents got divorced, the deal was that my father wouldn’t pay child support if my mom could own the house. When she couldn’t make the payments, she sold it. But then my dad got half the profits!

My mom and I rented for a while with my sister. We took odd jobs. I worked the deli counter at the grocery store. My mom worked for an office furniture company, and my sister worked for a dating service (one of the first). But my mom was clashing with her family. Eventually, she wanted a fresh start.

We moved to Belfast, Maine. She thought there were jobs there, but there was nothing (she was naive). Around this time, my grandmother, back in Long Island, got sick. My mom figured, well, if we take care of her, at least we can live in her house. We did that for a year until my grandmother died—but then my uncle kicked us out and said the house was his. We stayed with friends for a while in Hampton Bays, but I wasn’t happy there. I had a friend in Oakland, and I asked if I could stay with him. At 25, I moved there.

I found myself in the Berkeley Patients Group scene, working for Jim McClelland. I sold him what I was growing. Things were going well for me, but then my sister said they needed me back in Long Island. So, I packed up everything I had and put my three dogs in my car and drove back.

Turned out that my mother had become so sick she couldn’t even walk. She had Lyme’s disease—but it was misdiagnosed as arthritis. I realized it was Lyme after reading a book in the local Barnes and Noble. That’s why I don’t trust doctors now. I’ve learned more about medical issues from books.

One time a doctor told me my tooth decay was caused by arthritis in my larynx, but it was actually from salivary stones. When I told the doctor what the book taught me, he pulled my tongue out like I was a farm animal. It hurt a lot.

Eventually, my mother started clashing with her family in Long Island again, so I took her to La Pine, Oregon, where I had another friend from high school. But what we found was that La Pine was the same as Belfast— no jobs. I tried to grow Cannabis there, but someone ratted me out, and then we were evicted.

Sometimes I think my life is so unusual that it must fall outside the realm of what people can understand.

Cannabis is still illegal at the national level, right? That’s unbelievable to me. Richard Nixon, who resigned in disgrace — somehow, everything he did still stands.

Anyway, by this point, my sister had gotten married and was living in Martha’s Vineyard, so my mom and I went to live with them. My mother cleaned rooms in hotels, but I couldn’t find work.

My sister’s husband bought a house for us in Calais, Maine. Then he rented it to us for $850 a month. My mom found work again at the hospital (she’d become good at caring for people after she’d cared for her mother). But we couldn’t keep up with the rent, so my brother-in-law evicted us! This was in 2005.

That’s what started us on our journey to homelessness.

We were in our car until it broke down in Arizona. Then we were on the street—until someone bought us a van. We took the van all over the country, panhandling. When my mom got sick, we were in Las Vegas.

She died in January of 2019, and I’ve been on my own for three years now. I’ve tried to find work, but, generally, I have trouble with it. I’m usually not able to get to jobs on time. I’m always fired for being late.

My problems make it hard for me to take care of the little things. It takes me 2-3 times longer than most people just to get out of the house. That’s where my ability to work is limited.

I stay inside that enclosure as much as I can. I connected these tarps with safety pins—they keep the rain out. Sometimes people throw rocks at me, but there are so many layers of tarps they tend not to break. People think I’m a ‘tweaker’ [drug addict], but I’m not. I just want to be left alone.

If I could rent a place for $200 a month, I absolutely would. I supposedly got a Section 8 voucher a few months ago, but I don’t know where my case worker is. She disappeared. I get Social Security—it goes straight to my bank account—and I use that for food and medicine. It’s not enough to rent a place, though. I’m just waiting for my case worker to come back. I don’t know how long I’m going to hold up out here. 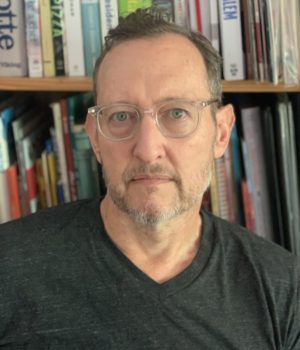 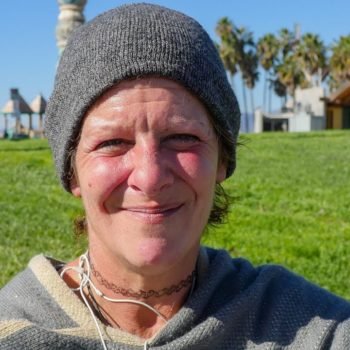