Homelessness is Not a Personal Failure 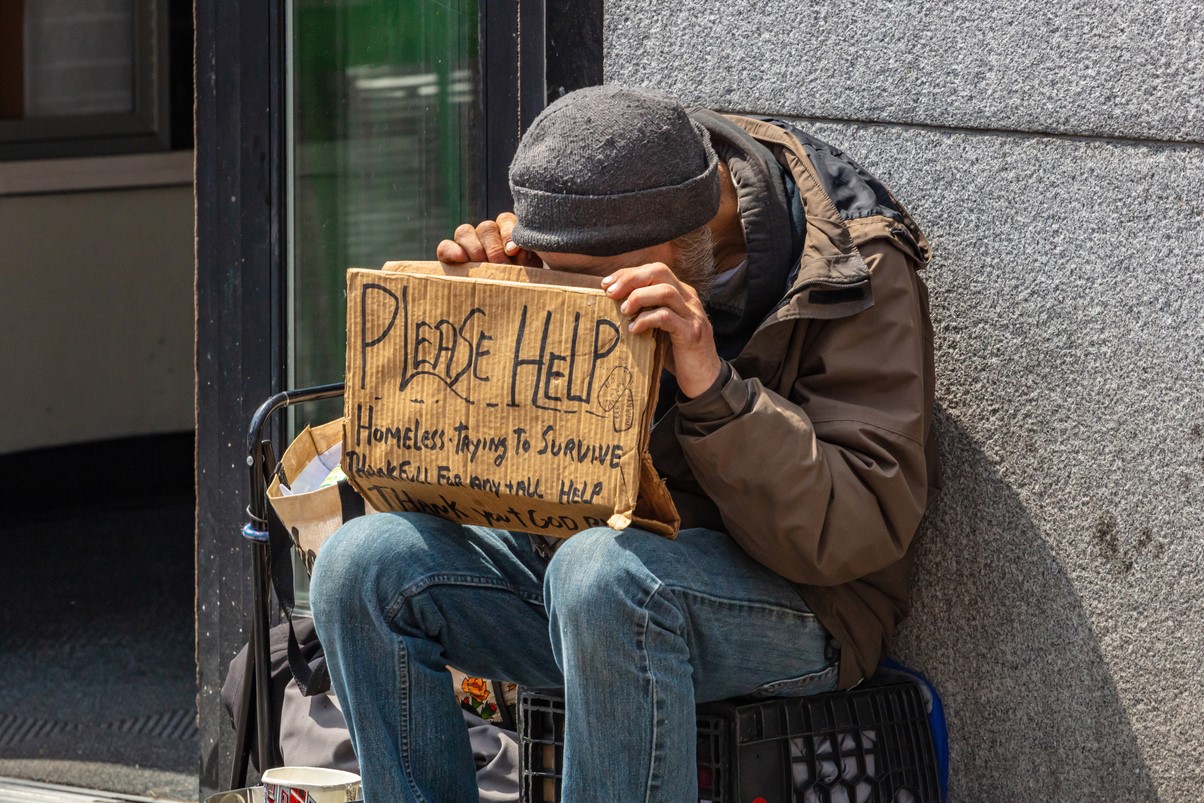 Structural Discrimination and a Lack of Resources for People in Need Are Responsible for Homelessness, not Individuals

When faced with the reality of the homelessness crisis in the United States, many people start finding ways to blame individuals for “causing” their homelessness.

Having a place to live is more precarious than people who have never been homeless or on the verge of homelessness might think. Time and time again, a poorly timed job loss or an unexpected crisis can cause people who never thought they would become homeless to lose their housing.

It’s easy for people who’ve never experienced being unhoused to blame individuals for “causing” their homelessness. They resort to accusing them of doing things that they would never do to alleviate any anxiety about their economic status. For example, assuming all homeless people do drugs. If you’ve never struggled with addiction, then you could never end up homeless. Right? Wrong.

Nobody expects to end up homeless. And, regardless of their background, nobody deserves to be. The truth is the events that are often the impetus to homelessness are not rare. They certainly cannot be written off as someone’s bad decision.

Factors that may lead to someone losing their housing vary depending on the person. They include:

However, these are not personal failures and should not result in homelessness. It’s important to destigmatize mental illness and drug use. We must debunk the myths around why people become homeless so we can move toward solutions. Real change cannot happen when so many people still bristle at seeing homeless encampments. Most never stop to put themselves in the shoes of the people they see suffering from homelessness.

Here’s a breakdown of two of the most common reasons that someone might become homeless. These catalysts often stack on top of each other. Some people might experience these things without becoming homeless because they are lucky enough to have a safety net to fall back on if they have a crisis. But remember, in our economically precarious society that offers very little guaranteed government assistance for people in need, that safety net could fall apart at any moment.

A 2019 San Francisco homeless survey found that the primary reason cited for becoming homeless was job loss. This is a trend that extends to other cities and larger sample sizes. According to a Pew Research study, 9.6 million U.S. workers lost their jobs during the COVID-19 pandemic. Most of these individuals were already on the verge of poverty and couldn’t build a substantial emergency fund to tide them over in case of job loss.

This shows how losing your job can happen in the blink of an eye. An unforeseen disaster left people who were previously making it work now scrambling to pay their rent or face eviction. The study shows about a third of lower-income adults said they’ve had trouble paying their rent or mortgage during the pandemic, leaving millions vulnerable to homelessness for no reason other than the bad luck of living through a once-in-a-century pandemic and recession.

Even before COVID-19, job loss sent people used to living comfortably into homelessness. It goes like this: you get laid off unexpectedly. You can’t find a job — or you find one that pays less than being on unemployment benefits. You are required to accept it because of the terms of unemployment and have to dip into your savings. Soon, your savings are depleted. You can’t pay your rent and face eviction. Once on the streets, it becomes even more challenging to keep a job and find a better-paying one.

This is what happened to a San Francisco-based man named Todd.

He lost his job as a video producer during the 2008 financial crisis. He says he sent out over 800 resumes during the time he was unemployed, receiving no interviews. After he ran through his savings to pay rent and feed himself and his daughter, he started sleeping in his car. He spent the days moving the car around the city and making sure he maintained his government assistance: “being homeless was a full-time job in itself.”

Todd thought of himself as a “good citizen,” volunteering as a firefighter and coaching football and baseball: not the stereotypical archetype of someone who would become homeless. He saw San Francisco change around him, watched housing prices skyrocket as he lived in his car.

This is not a unique situation. It could happen to you.

Drug addiction is a factor that can lead to homelessness. That is true. But drug abuse is not a personal failure. Furthermore, someone addicted to drugs or alcohol doesn’t deserve to be homeless: nobody does. Destigmatizing drug addiction and mental illness is imperative to remove the divide between homeless people and those who aren’t.

Addiction and drug use are widespread. They often hide in plain sight, especially among wealthy people who don’t fit the tropes people associate with drug use. These individuals are rarely met with the same accusations that homeless people face.

According to the National Survey on Drug Use and Health, almost 20 million American adults battled a substance use disorder in 2017. If you have a support network — and money — it’s much easier to get help so you can avoid becoming homeless if you lose your job or end up in jail.

People don’t become addicted to drugs because they made bad choices. Addiction is a disease. It is often worsened by structural problems like systemic racism and discrimination against people in the LGBTQ+ community. People of color are far more likely to be criminalized for their addiction. This leads to interactions with the criminal justice system that can keep them in an endless cycle of poverty.

Often coupled with substance abuse, mental illness is also not a choice nor a personal failure. Mental health disorders can be both a cause of homelessness and a result of it. This creates yet another cycle that is very difficult to escape without help. An article in the Psychiatric Times says that mental illness precedes homelessness in about two-thirds of cases.

Structural discrimination against people with mental health issues leads to people being treated like dangers to society when they’re in a crisis. The result is criminal charges that make it even more challenging to maintain employment and keep afloat. Without serious psychiatric intervention, which is challenging to provide to unhoused people, this cycle will continue.

Creating Change at the Structural Level

Truthfully, the reasons that an individual might become homeless do not matter. Regardless of one’s history, one deserves compassion and assistance. But there is no way to know what someone has experienced just by looking at them. If you took the time to talk to homeless people, you would know that they are not a homogenous group. They are only guaranteed to share two things:

With surging unemployment, a national housing crisis, and drug addiction and mental illness skyrocketing, we must improve the social safety net to prevent homelessness and help unhoused people. Before you try to blame individual homeless people who are doing their best to get by, check your privilege. Think about demonstrating compassion for people who are in a situation you might find yourself in one day.

If you want to do something constructive, contact your legislators and tell them you support affordable housing solutions.