Hostile Architecture: A Look into the Horrifying Anti-Homeless Trend 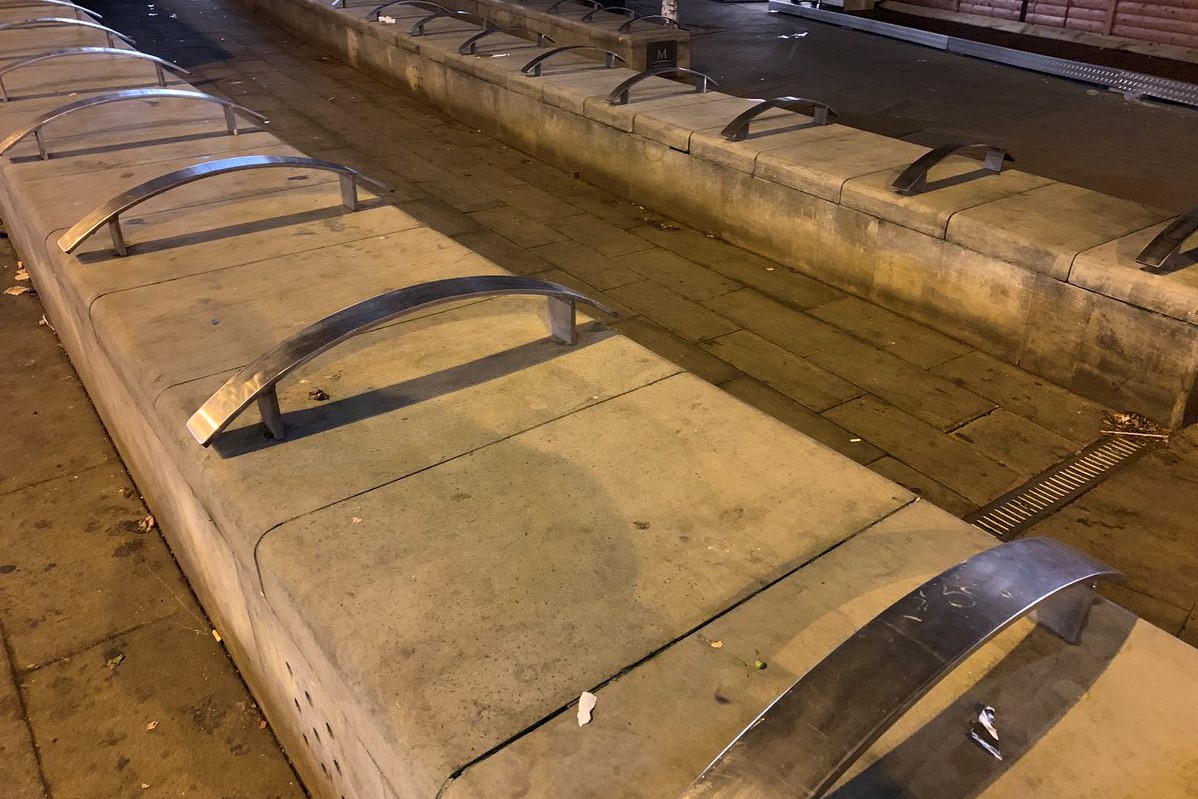 When you sit on a city bench or wait for a bus, you might not even notice the bars, spikes, and slants built into the furniture. If you do, it’s only for a fleeting moment that you give these odd architectural elements much thought. Perhaps you think the handles in between the slanted bench were put there to afford more personal space. You might assume the bars positioned at the corner of a street are mere decorations. Oh, and those sharp, razorlike spike growing up out of the concrete? A subtle nod to the movie Saw? No…

All of the aforementioned urban features are actually examples of hostile architecture. To soften the label, some clever developers have taken to calling it “defensive design.” It’s high time the general public knows the truth, though. No matter what label these rough components are given, their sole purpose is making homelessness that much harder.

What is Hostile Architecture and How Can You Recognize it in Your Neighborhood?

In short, hostile architecture is any uncomfortable element built into a piece or multiple pieces of furniture in an attempt to deter homeless people from using it. Take a walk through your city on any given day or night. You might notice one or more of the following:

If you note handles or bars that seem to “section off” a public bench, know that those features were not designed to give bus riders space while they wait for transit. They were put there to deter homeless people from lounging or sleeping there.

A big trend in New York City and other metropolitan areas across the globe is building “leaning bars” or benches that sit intentionally on a slant. The goal here is to make sitting near impossible. If you are homeless and in need of a place to even just sit down for a moment, options will be scarce in cities that implement slanted bench architecture.

If you spot sharp metal objects rising unnaturally out of a sidewalk, building, or even a tree, those elements were meant to make a point. They were put there specifically to discourage homeless people from sitting, resting, sleeping, or taking any kind of comfort. Sadly, they are also often there to fend off animals who might wish to share in the landscape, which is rightfully theirs, too.

Ironically, fences are already a form of separation and a symbol of the elusive “American Dream”. When we see them plastered over doorways or wrapped around property, they are there to separate homeless people from the rest of the city’s inhabitants and keep them that much further from achieving the “American Dream.”

These features are a bit like the slants built into benches, except they are placed low to the ground, in front of public doorways. They are a silent but ruthless way to say “No rest for the weary here.”

Hostile architecture isn’t always so easy to see. For example, hidden surveillance cameras often serve the purpose of over-monitoring homeless people. Cameras keep track of their whereabouts so future designers know just where to place their spikes next. Other, less visible but equally prevalent designs that fit this description include:

Even such aspects as the way streets are designed and street lights are positioned play a role in creating a harsh environment for rough sleepers in big cities.

How Are They Getting Away With This?

Urban planners are managing to sneak hostile architecture, these metal wedges that separate the homeless from the housed, and the haves from the have-nots, by propagating them as deterrents for crime.

When used correctly, urban design can do a great deal to sway city dwellers and tourists in specific directions. For example, street lights, one of the most ancient examples, were long believed to have reduced crime considerably in major cities. There was a time when that even might have been true.

However, it’s important to note that in America’s 2019 landscape, people are becoming increasingly (and creepily?) more comfortable with being watched. The idea that people can see you no longer resonates with criminals as such a bad thing. To prove this, we can refer to the growing number of people who unabashedly post their gruesome crimes on social media, almost as a badge of honor or a way to rub the public’s noses in their grotesque behavior.

What does that have to do with streetlights? Well, before the gram there was the street lamp. In its own way, the lighted area of a city street is still a stage. Since people have become more comfortable with dystopian-style surveillance systems, streetlights seem to have lost their main function. A recent study conducted in Houston found that “neighborhoods with about one light per 100 feet experienced lower crime rates than those neighborhoods with two lights per 100 feet.”

Still, old habits die hard. Some forms of hostile architecture have existed for centuries on end. When a restaurant owner installs spikes across his windows, you may not imagine a king surrounding his castle with an alligator-infested moat. But you should. This is really ultimately the same concept. Hostile architecture might sometimes serve as a deterrent for crime. However, it is often just another barrier between kings and paupers. It gives wealthy people a false reality where poverty is so invisible they assume it doesn’t exist.

Get Involved in Design in Your City

You can make your voice heard in the great hostile architecture debate. The topic even has its very own hashtag and Twitter page. Talk to your legislators about the fact that making streets less comfortable is not the answer. Making houses more affordable is the answer. That sentiment holds true regardless of which side of the spiky fence you stand on. 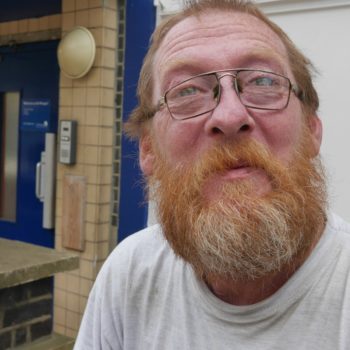