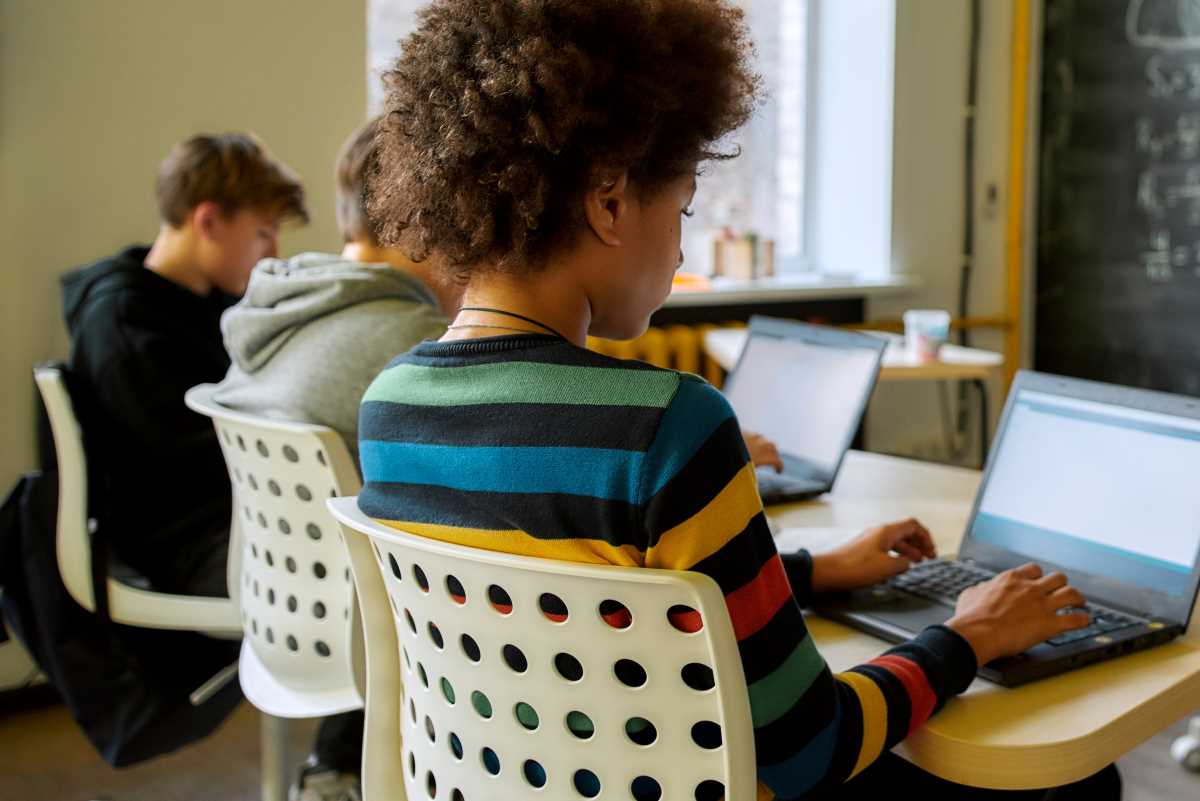 A recent study by the University of Michigan’s Poverty Solutions Center illustrates the impact of school discipline policies on students experiencing homelessness.

The study shows a strong connection between a student’s housing status, race, and the rate at which they are disciplined in school. For example, students who face both housing and food insecurity are three times more likely to face discipline in school.

Non-white students who face these insecurities are also twice as likely to face discipline as their white counterparts. This trend exists at each level of the K-12 system, according to the data.

Meanwhile, typical school disciplinary tactics such as detention, suspension, and expulsion are more consequential for homeless students, the study says. Punishments that are not trauma-informed can have “far-reaching negative impacts” such as a loss of services that can “jeopardize parental employment and job searches, as well impact food access, mental health, and academic supports.”

“Extensive research has linked both suspensions and expulsions to negative educational and life outcomes for children, including lower rates of proficiency on state math and English Language Arts examinations and increase in the risk of dropping out of school,” the study says. “Even 12 years later, suspended youth are less likely to earn a bachelor’s degree and are more likely to have been arrested or on probation than their peers who were not suspended.”

School discipline and exclusion policies have been an accepted practice among educators for decades. But educators and researchers are just beginning to understand how these policies impact homeless students and students of color.

One key factor that has repeatedly emerged in reforming school disciplinary policies is “recognizing and understanding experiences of trauma in children,” the study says.

“The fight-or-flight response, which can be easily triggered in children who have experienced trauma, is often misunderstood as a disciplinary issue,” it continues. “Approaching reactions driven by trauma in children with harsh disciplinary consequences does not improve the behavior in question and often re-traumatizes the child.”

A student experiencing homelessness told WXYZ Detroit what it’s like growing up with housing and food insecurity, moving around, and always being the “new kid” at school:

“We were moving around, and I would find myself in a new school where I would feel I had to prove myself by fighting and getting in trouble,” the student said.

According to School House Connection (SHC), an early education nonprofit, punitive discipline measures like detention, suspension, or expulsion are often ineffective because they do not address the root cause of a student’s disciplinary issues. Often, the root cause is trauma-based rather than habitual.

Unfortunately for students suffering from trauma, school disciplinary programs are often designed to rectify bad habits and behaviors, which can “further isolate children who often are in dire need of positive relationships and support,” SHC said.

Another common theme in school punishment policies that the study noted is that non-white students face higher disciplinary rates than their white counterparts, regardless of their socioeconomic standing.

For example, local researchers in Kent, Washington, found that while Black students account for 12.5% of the student body, they make up 28% of suspensions and expulsions. Similar figures were reported in both Chicago and Atlanta.

At the same time, many Black parents are saying their children are suspended for “petty” reasons such as hugging other students or having “uncontrollable” attention deficit hyperactivity disorder, according to a report by The Conversation:

“Although school suspensions are meant to decrease violence and help create a safe environment, research shows suspensions are associated with declines in academic achievement, an increase in Black students leaving school districts with a record of being punitive, dropping out of school, and being arrested.”

These factors can also increase the likelihood of a student facing homelessness before they graduate from high school. According to the Poverty Solutions Center, nearly 10% of Michigan students had faced homelessness by the time they entered high school. The risk is nearly twice as high for Black students at 15.7%, while 13% of Hispanic and Latinx students face homelessness.

And while school districts across the country work to develop their disciplinary practices, many are running into problems identifying homeless students.

For example, up to 88% of homeless students in the Detroit school system are not identified by their schools, according to research by the University of Michigan. That means these students did not receive federal benefits such as:

The most recent data collected by the Department of Education found nearly 1.4 million students across the country identify as homeless under the McKinney-Vento Act. However, this is most certainly an undercount, making it much more challenging to address the issue at the scale of need.

Students experiencing homelessness face various issues, from housing and food instability to dealing with abuse and trauma in many cases. Because of this, school discipline policies must account for a student’s housing situation and begin to reflect the lived experiences of trauma in children. Otherwise, research shows these policies will do more harm to students who simply need a little extra help.