HUD Report Shows Homelessness Was Increasing Even Before COVID Hit 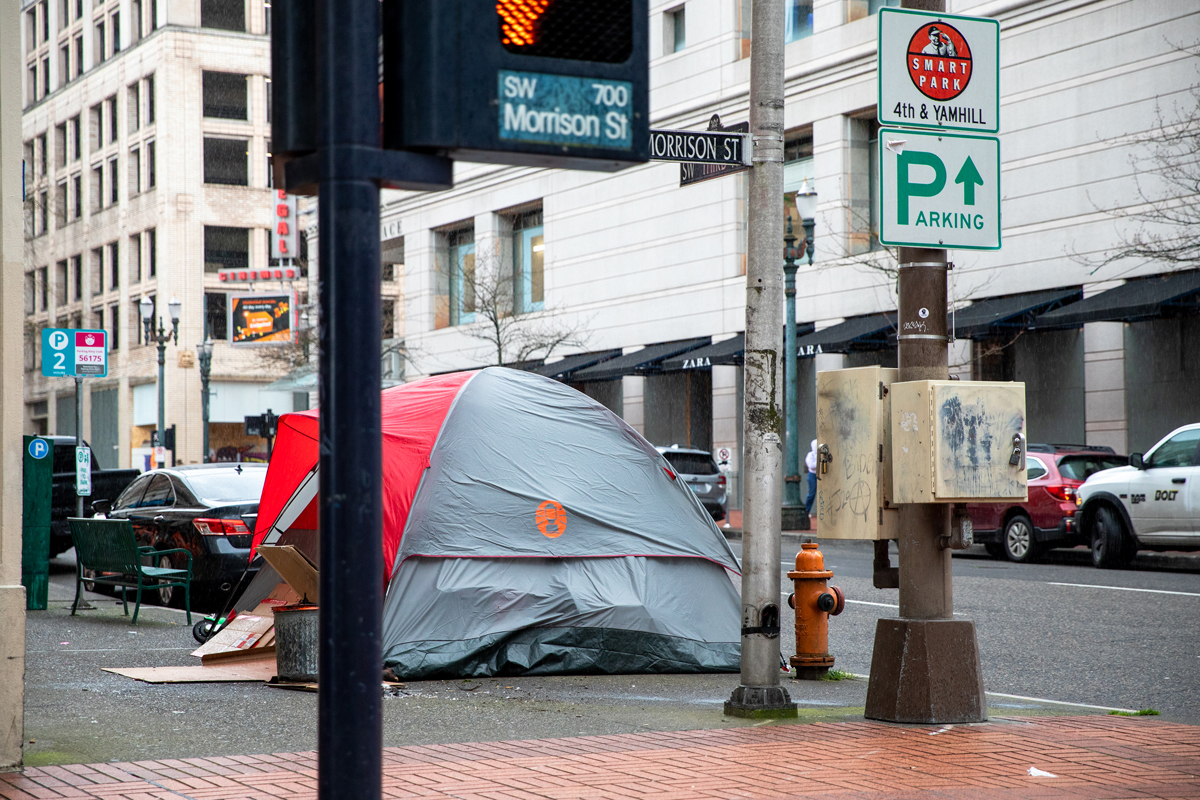 Part 1 of the 2020 Annual Homelessness Assessment Report synthesized data from the Point in Time (PIT) counts conducted in January 2020. All 50 states and U.S. territories are required to perform this count annually to provide a “snapshot” of homelessness.

The report found that 580,466 people experienced homelessness on a single night in 2020. This is an increase of 2.2 percent (12,751 people) from 2019. It’s important to note this count was conducted before the pandemic hit. That means homelessness was on the rise before the economy suffered the consequences of coronavirus.

Let this sink in: “For the first time since the government began doing the annual count, the number of single adults living outside — 209,413 — exceeded the number of individuals living in shelters — 199,478.” https://t.co/zyDAnJSChO

“The findings of the report are very troubling, even before you consider what COVID-19 has done to make the homelessness crisis worse,” said HUD Secretary Marcia Fudge.

The report shows that Black, Indigenous, and people of color (BIPOC) communities remain overrepresented in national homelessness data. For example, 39 percent of people experiencing homelessness are either Black or African American. The Census Bureau reports they represent just over 13 percent of the total population.

“Even a slight pre-pandemic uptick in Veteran homelessness after significant declines since 2010 is extremely concerning,” said Denis McDonough, Secretary of Veterans Affairs. “The Biden Administration’s recommitment to Housing First – a proven strategy and dignified way to help Veterans and others achieve stable, permanent housing — will help accelerate progress in preventing and eliminating Veteran homelessness.

For Fudge, the report emphasizes the importance of President Joe Biden’s housing policies.

“Thanks to President Biden’s leadership, we are once again putting Housing First to end this crisis and build strong, healthy communities, as reflected in the American Rescue Plan,” she said.

Since taking office in January, Biden has implemented several policies to keep people in their homes and reduce the number of people experiencing homelessness.

The President then directed HUD to start issuing grants to programs that saw substantial funding cuts under the Trump administration. These include:

The Act gave HUD an additional $5 billion through September 2025 to provide additional housing counseling and homeless prevention services. The agency is also empowered to acquire or develop non-congregate living facilities used as either shelters or affordable housing.

Maybe the most promising part of these policies is that each carries equity on the forefront of its text, Fudge maintains. For example, school districts must privilege the most impoverished schools to receive grant funding. Similarly, the Act’s housing policies make addressing the inequitable treatment of historically disadvantaged communities a top priority.

“Housing should be a right, not a privilege,” Fudge said. “Ensuring that every American has a safe, stable home is a national imperative.”