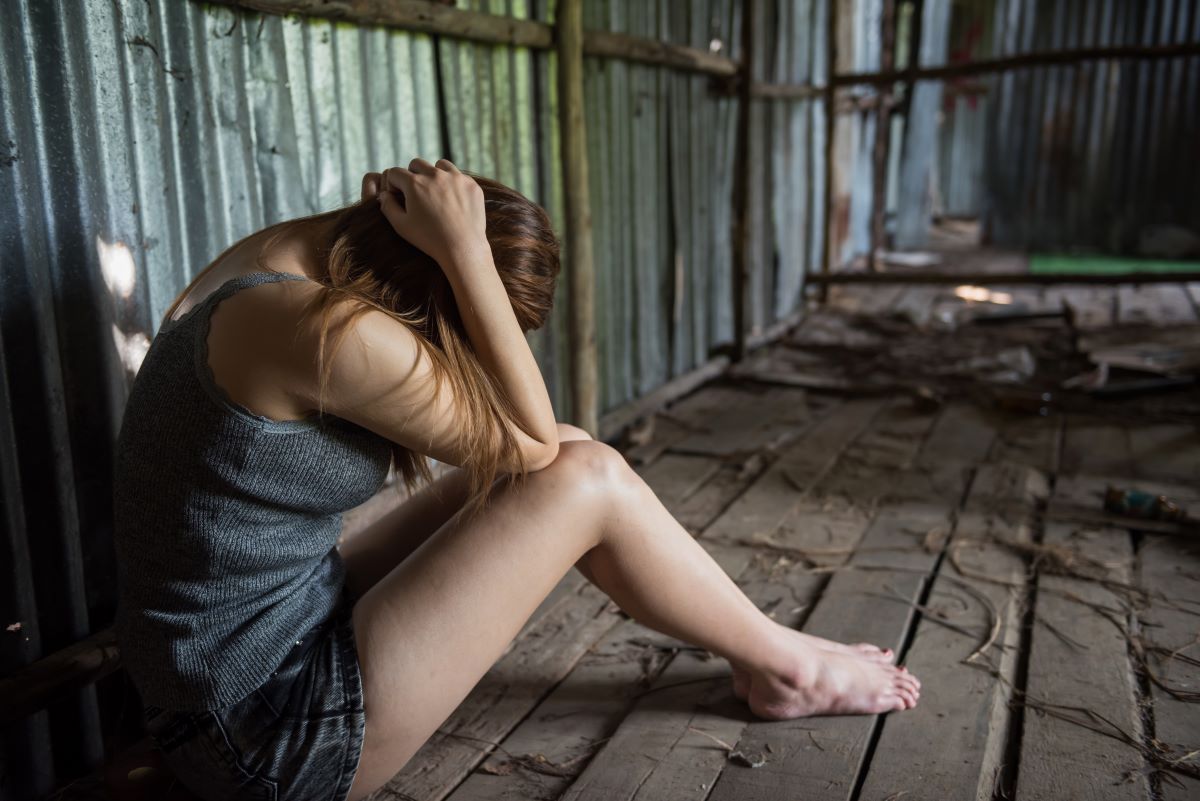 Homelessness has many faces, stretching millions of miles across the country and, for that matter, across the globe. Frequently, as advocates, we pose the age-old question of why our fellow human beings have been forced into such an abject way of life. It’s a relevant question that features a myriad of complex answers. Still, it’s not the only question we must pose to oppose the harsh reality.

An equally important, seldom-asked question is this:

If homelessness is considered rock bottom, and approximately 64% of Americans are one paycheck from reaching rock bottom, how far are vulnerable people willing to go to remain housed? And, to what extent are people in positions of power willing to exploit that vulnerability?

The answer is rather shocking. Indeed, it is downright heartbreaking, according to the latest reports.

Most recently, a story emerged from the depths of our darkest nightmares. A Las Vegas single mother of five pulled off the impossible feat the world expected of her. She managed to pull herself and her children from the soul-sucking underworld of living unhoused, invisible, in the shadows of society. Armed with a section 8 housing voucher and unwavering motivation, she encountered Alan Rothstein, a corrupt landlord willing to rent to her and her children – for an unfathomable price, that is.

Clauses and Caveats that Further Exploit Victims of Poverty

Section 8 vouchers are highly coveted and rarely received weapons against homelessness in a nation where high rents have outpaced stagnant wages. To put things into perspective, there are currently 2.8 million U.S. residents in line for housing vouchers. The waiting period is so long that many will have to suffer under the weight of homelessness for years before finally being handed this life-saving ticket.

To add insult to injury, people and families who are fortunate enough to receive housing vouchers have just 60 days to cash them in. Otherwise, they become null and void, and the grueling wait starts all over again.

Zoning restrictions and source of income discrimination abound, placing even more obstacles on the road to obtaining permanent housing for voucher holders. Thus, cases like the one mentioned above occur behind the scenes and between the lines of legality.

Legal reports reveal that Rothstein littered the poverty-stricken Vegas mother’s lease with sexual clauses, which she could not escape. To live under the roof of his property, this struggling mother was forced to “consent” to sexual intercourse and various other acts for five full years. When she refused to perform, he added further sexual stipulations and even restrictions on her love life outside of his “jurisdiction,” dictating she not be allowed to date anyone “larger, meaner, and more aggressive” than he. As if it would be possible to find anyone meaner.

The story gained traction amongst many readers and concerned citizens who were rightly appalled. Sex clauses in the fine print of seemingly legitimate rental leases seemed unfathomable in these modern times. But some research revealed they’re quite common.

In late August, Curbed interviewed fair housing and consumer rights attorney Sheryl Ring, who stated, “I wish I could say that this was an outlier, but it’s not. There’s this idea that maybe what was unusual was that the landlord put it in the lease — well, that’s not unusual either.”

According to Ring, everything from lap dances and sex acts to a landlord’s exclusive right to overnight guest approval can wind up in a lease. These incidents are taking place by the dozens, with the outlook on them being rather grim.

Leases Are Not the Only Place Corrupt Landlords Make Abhorrent Demands

According to NBC News, sexual solicitation can also occur via virtual documents like emails and text messages.

The executive director of the Hawaii State Commission on the Status of Women, Khara Jabola-Carolus, described situations where landlords were virtually sending explicit photos and demanding “favors” from people who had been laid off during the Coronavirus quarantine, and this was with an eviction moratorium in place! Jabola-Carolus claimed the issue of sexual exploitation ran rampant during that year of economic uncertainty, shining a light on a problem that’s been lurking in the shadows for years.

“Landlord coercion has always been a reality, but we’ve never seen anything like this,” she said.

Landlord Coercion is Not Limited to Sexual Demands Either

Throughout the pandemic, housing advocates and rental rights attorneys pointed out the various forms of coercion tactics landlords implored to try and skirt around the eviction moratorium. But these “self-help” evictions are not limited to the confines of any moratorium. Indeed, they happen all the time. The most common forms include:

We often hear about these things in the context of landlords trying to evict. But it’s important to note that these tactics can also be used as a way of testing a tenant, of saying, what are you willing to go through to stay?

Who is Most Vulnerable to Landlord Coercion?

The Daily Press points out that landlord coercion is almost as prevalent as workplace harassment, even though it gets much less press. Furthermore, the level of intimidation is undoubtedly increased when the one doing the harassment can come and go as they please, with the victim’s key in hand at all times.

In the articles and videos posted on this subject, several tenants described the fear of having a shifty landlord always hovering nearby and feeling unprotected in their own homes. Like homelessness, this is something nobody should have to experience.

Talk To Your State Legislators

The leading cause of homelessness has been a lack of affordable housing for years. Yet even with this knowledge, affordable units are in short supply, lagging by the millions. This is precisely the kind of environment where predatory landlords thrive.

Talk to your legislators about drafting policies that protect renters from harassment and eviction and make housing a human right for all.