Earlier this year, the New York Times broke a story detailing the rampant problem with sexual assault in one of New York City’s largest homeless shelter operations. The story outlines how Victor Rivera, the former director of the Bronx Parent Housing Network – he has since been fired from his position – allegedly used his position of power to prey on vulnerable women, helping them find affordable housing and then sexually harassing or assaulting them.

According to this article, many of the women who had been harassed or assaulted by Rivera felt like they couldn’t report his behavior, fearing that they would lose their housing. When a few people did speak up, filing complaints with New York City’s Department of Social Services, the cases were not appropriately investigated. Rivera was allowed to continue abusing the people seeking his help.

This situation was an especially egregious case of systematic abuse against vulnerable women. But, unfortunately, instances like this aren’t rare. Women who are homeless or living in poverty experience higher rates of sexual assault generally. They are more likely to be in unsafe environments without an easy means of escape.

A Systemic Problem in the Housing System

Research from the National Sexual Violence Research Center shows that homeless people of all genders are at a higher risk of being sexually assaulted. This study specifically points out that people who live in affordable housing are at risk of assault by their landlords. This is especially true for “female tenants living in subsidized housing with few alternative housing options.”

Shortly after the New York Times story about Rivera broke, the director of a homeless shelter in Fitchburg, Massachusetts was accused of similarly targeting vulnerable clients, using his position of authority to coerce them into performing sexual favors. And in 2020, a New Jersey landlord was alleged to have been harassing low-income tenants for more than a decade. These are just a few examples of individuals facing threats of sexual violence from the very people they trusted to help them.

A 2019 article in Invisible People points out that people become vulnerable when in need of “obtaining adequate food and a warm place to sleep.” Some landlords see someone’s desperation for a reliable and safe place to stay amid an economic and housing crisis as an opportunity to take advantage of them.

Many people who are homeless or on the verge of becoming homeless have faced traumatic sexual assault in their past. Experiencing sexual violence can be a catalyst to becoming economically unstable or homeless. This is especially true if the survivor is not able to access adequate mental health resources.

A 2018 article in the Washington Post looks at how sexual violence impacts homeless women in Washington, D.C. It tells the story of Alberta Williams, a woman who partially attributed her lifelong struggle with drug addiction and homelessness to an extremely traumatic experience of sexual assault in her childhood.

Williams said that she never got over this incident. As she fell into drug addiction and economic uncertainty, she continued to experience abuse from her partners and from people who would help her find drugs and a place to sleep if she had sex with them.

“I know how it feels to be outside in the winter. Nowhere to go. That’s where you have to find a man to stay with so you can get inside,” Williams told the Washington Post. “But it might as well be rape because you don’t want to do it.”

Eventually, Williams was able to break the cycle. She received mental health and drug treatment that gave her the tools to move forward. This kind of intervention is necessary at all stages of trauma. However, there should be resources available much earlier to prevent people from enduring these cycles of abuse.

Who Suffers the Most?

It is well-documented that Black, Indigenous and People of Color are at higher risk for both homelessness and sexual violence. Due to the structural racism so deeply embedded in this country, people of color are much more likely to live in poverty, experience housing discrimination and have a much more difficult time accessing mental health treatment. Women from these communities are especially vulnerable. What’s worse is their experiences have not been taken seriously in the past.

LGBTQ+ adults are also much more likely to have experienced homelessness than their non-LGBTQ+ counterparts. Youth are especially at risk. A study from Chapin Hall at the University of Chicago showed that 38% of homeless LGBTQ+ youth have been forced to have sex.

The number of transgender adults who have become homeless increased 88 percent from 2016 to 2020. Transgender people, especially people of color, are at very high risk of experiencing hate crime victimization, sometimes fatally. Being unhoused is a very dangerous situation for people who belong to marginalized communities. The trauma they face must be reckoned with.

If the New York Times reporting on the Bronx Parent Housing Network can teach us anything, it should be that traditional systems failed the women who were being abused by Rivera. Even though his behavior had been acknowledged and reported, nothing was being done about it until the Times investigation broke.

This is a disgrace. There must be measures taken to protect people from going through this trauma. The people in charge need to take their experiences seriously, even if it creates more work for them. When our homeless neighbors don’t have to be afraid of being preyed upon in exchange for their most basic human rights, we’ll all live in a better world. 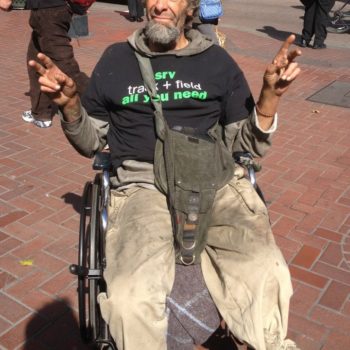