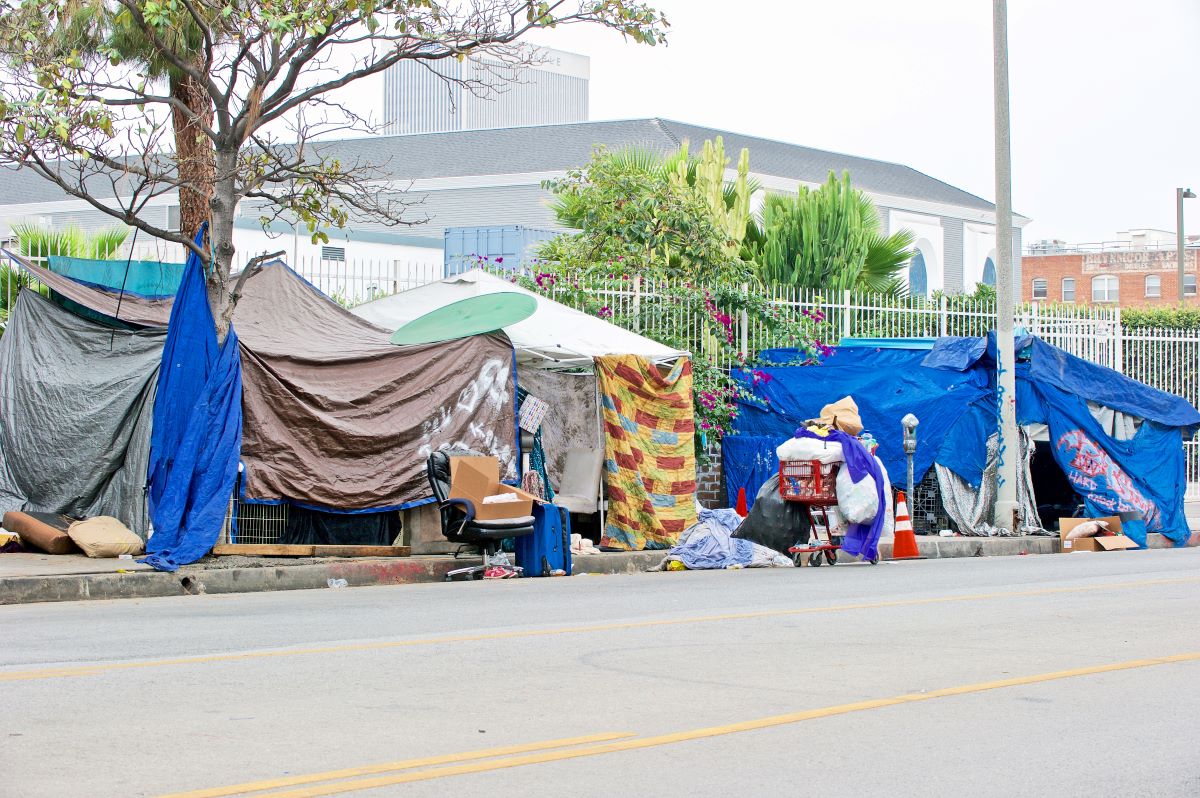 Los Angeles, California, is famous for many things. From its star-studded boulevards to its posh luxury apartment complexes, its long stretch of sandy beaches, and its dazzling Disney-inspired theme parks.

Before the pandemic, the second-largest city in America was attracting a jaw-dropping 50 million annual tourists every year, ensnaring the masses with all that glimmers. But behind the sunshine gleaming against the rushing waves and the glistening stars and symbolism, Los Angeles harbors a dark, cynical truth:

Homelessness, an ever-burgeoning problem that only continues to grow.

Homelessness has existed in LA since at least World War II. However, according to the Los Angeles Times, it didn’t reach crisis levels until the mid-1980s. Notably, homelessness really peaked in the region in 1984, when the summer Olympics brought with it “a steep spike in housing precarity, cost of living, police, and surveillance” as per No Olympics LA.

Make no mistake that the aforementioned conditions are fueling the bulk of LA’s homeless crisis even today, despite the campaign to make homelessness look like a personal choice.

The leading cause of homelessness for individuals and families in LA and nationwide is the lack of affordable housing. This is followed almost immediately by unemployment and general poverty. As LA Family Housing points out, “homelessness and poverty are inextricably linked.”

While the three leading causes of homelessness echo out across the nation, the City of LA has several unique obstacles that make this harrowing state of living more prevalent and more difficult to resolve. Here are a few examples:

While LA is a city of immense wealth, it also houses great poverty and disparities. This truth is evidenced by the fact that the average LA renter makes approximately $21.50 per hour. They would need to make more than double that income, a wage equivalent to $41.96 per hour, in order to rent from a level of financial comfort. This is important information when considering who’s really outside living in the tents that line the pavement. In fact, those tents are the other factor making LA’s homeless situation uniquely burdensome.

When you envision a homeless person, your mind might automatically gravitate to a picture of a panhandler sitting on the side of the road, living in a tent or other form of makeshift shelter. Nationwide, only about 35% of homeless people fit that description, formally referred to as unsheltered homelessness. This means that approximately 65% of all homeless people live indoors across the country. They are either in a homeless shelter or a friend or family member’s home, etc.

Such is not the case in the City of LA. Here, you will find more than 75% of homeless community members unsheltered. Many of them reside in encampments.

As the Stats Above Readily Show, Most Encampment Residents are Homeless because of Poverty. Yet LA’s Latest Legislation Seeks to Criminalize them for Engaging in Life-Sustaining Activities

Unironically, following the “worst recession since World War II” (the event that seems to have initially brought homelessness to America), we see a crackdown, not on homelessness, but homeless people. In LA, this crackdown comes in the form of newly drafted anti-camping legislation.

Anti-camping policies, also known as bans, make it illegal for people enduring homelessness to do things like sit, stand, or sleep in public.

Under this new legislation, officials seek to potentially dismantle hundreds of homeless encampments, leaving thousands of people wandering the city with no place to go other than jail.

In the best-case scenario, these individuals are given two weeks to find a safe place to store their belongings. Perhaps they will be offered shelter beds. Even this premise, as disheartening as it sounds, is overly-optimistic. Experts describe LA’s shelter system as overcrowded, understaffed, and mostly “at capacity.”

Attorney Shayla Myers of the Legal Aid Foundation of Los Angeles told the LA Times the city is “just shuffling people all around from location to location, based on constituent complaints and the political whims of the City Council members.”

When you consider the harmful, cruel, and expensive nature of anti-camping bans and police sweeps, it’s clear to see there’s nothing clean about them. If anything, they are the metaphorical equivalent of cramming a huge mess into a tiny closet only to watch the door fall as everything comes crashing down.

On the other hand, tent cities are not the answer either. With at least 300 encampments lining sidewalks all across the city, we must remember there are human beings inside. These human beings deserve to be living indoors in a home. Have we all forgotten that shelter is a basic need?

Life on a sidewalk is no way to live, especially in a world embracing fast-paced technological advancements and towering luxury condos. A few years back, LA was at least prioritizing housing first, an initiative toward getting people housed. The latest legislation is a giant step backward at a time when millions of Americans are desperate for aid.

Homelessness in LA alone has drastically increased in the past few years. Sixty percent of homeless people in the region are experiencing their first-ever bout with homelessness. This shift in the direction of criminalization over affordable construction serves nobody except the people who are busy serving themselves.

Contact your local legislators and urge them to prioritize affordable housing and to end the criminalization of homelessness. 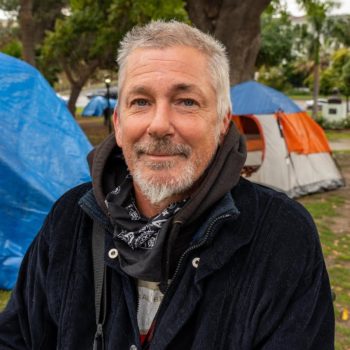