Mobile Homelessness: My Van Is My Lifeline 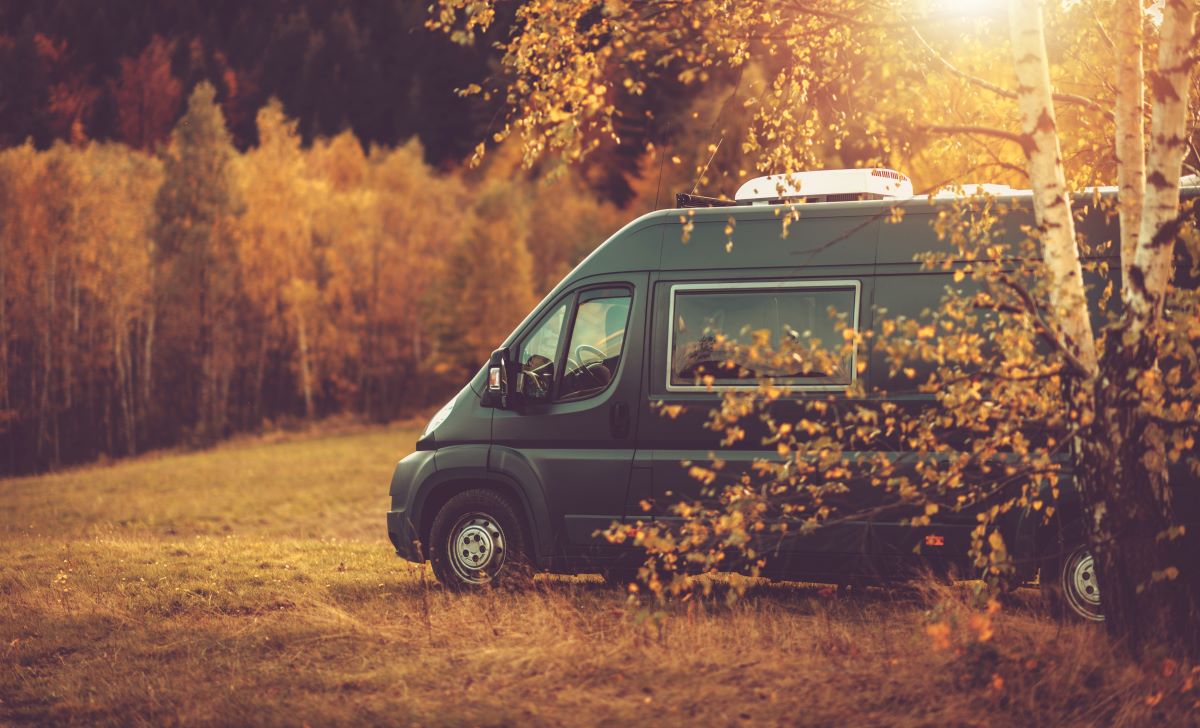 Finally, there is a break in the summer-like weather that has dragged on since August. I can enjoy a cool, crisp autumn night at last. Stars fill the sky above my head. Jupiter and its moons are visible in my binoculars. I stare up and watch for shooting stars. I always wish upon them.

The sound of live jazz fills the air as it drifts from the venue across the street. Jazz isn’t my jam, but something about listening to it played live is really cool. For a hot minute, I’ve forgotten everything else and stood squarely in the present of that very moment. I was not compelled by fear or desire. And I was not thinking of the past or future.

Of course, it didn’t last long.

Moments later, a huge cloud rolled in and covered Jupiter and Saturn. Dampness begins to fill the air. Shortly after, the music ended, too. But for that one moment in time, I was fully present. How very Zen it was. Isn’t this why I became a student of such things?

You might think that at that moment, I’d be delighted to be a van dweller. Those are the moments romanticized by those who speak so highly of that lifestyle. Honestly, I’d rather have seen those stars from my own backyard or heard that jazz from inside the venue where I might have money for a ticket to watch the musicians play. Still, that moment that I had was better than most homeless people can report.

Being in my van is not the fun fantasy life that many people report if you follow #vanlife. But I also feel it’s important to say that I am very grateful I have a van to camp out in, rather than be on the actual street or in a dangerous shelter.

Being disabled makes van life much more difficult for someone like me than for healthy, non-disabled people. Because of all the extra gear I travel with, my van is cramped. Trying to get batteries recharged, such as my scooter battery or the battery that runs my CPAP machine, is a particular challenge.

I live in the northeast, in an area that absolutely cannot depend on solar energy.

This past summer, for example, it rained constantly, and the sun wasn’t out much. While we didn’t have too many days over 90 degrees, the humidity was intolerable, causing mold and mildew growth. There was tons of water damage, and mosquitoes and other insects had a fantastic year. It was a constant challenge trying to keep cool in a swampy environment.

One of my readers suggested that I should consider moving to Arizona. If I were somebody else, that might work. But I have heat intolerance, so heading to a hot place is not a good idea. Also, I do not want to be that far away from my home base. I have a few people left in this area and my regular spots. Moving to somewhere unknown might work for some people, but I am an adult on the autism spectrum. Routine is necessary for coping with life, particularly under the incredible stress of being homeless.

Creating routines can actually be helpful for anyone.

Without being too rigid to change things when you must, a good working routine can make the difference in how you might survive the ordeal of homelessness or any traumatic upheaval.

Being in this area, where I have lived for 23 years, makes me feel a little safer. I am still going to the same stores, the same mechanics, and I know where the bathrooms are that are the single kind that you can lock for privacy. This allows me to wash my hair in a sink or wash a few articles of clothing.

Most of the people I knew here have died. I still know a couple of people, and my remaining family is in this region. Moving thousands of miles away into unfamiliar territory is a very stressful thought. Instead, I choose to try to make it work where I am.

Some people travel the country, and they are financed in some way. They might get sponsors or have online jobs. Maybe they saved up for some years and are living off the savings while working along the way to help finance expenses.

You see, no two van dwellers’ stories are the same.

Some are deliberate nomads, such as in the movie that swept the Academy Awards recently called Nomadland. Others ended up that way as an alternative to homeless life in shelters or a tent on the sidewalk.

For me, living in my van is better than other alternatives, but hardly the happy, idyllic experience you might hear about from others.

I had to raise money (again) for an expensive upcoming vehicle repair in the last week. This is another problem vehicle dwellers face. It’s hard enough if you need a vehicle to get to work, and it breaks down. Imagine if you needed to live in it as well.

Some people have to tell the mechanic they live in their vehicle and need to sleep in it on their property, and it’s okay. Other shops do not want that, and you are forced to add hotel stays to the cost of repairs and cab money to the hotel and back to the mechanics.

My van is the lifeline between no home at all and a place to lay down and rest. When I can sleep at a friend’s, that’s great. But I can never count on that. For now, my van is my bedroom. It’s too short to stand in, but it’s better than nothing. At least in my van, I control the heat and air conditioning. If I don’t like what I see going on around me, I just drive to a different location.

My dear friend was recently placed in low-income housing after over five years on the street in a hatchback, and we were recently comparing notes during a storm.

Her apartment reeks of tobacco and marijuana smoke coming in from other apartments, which causes her asthma to trigger and horrible sinus headaches. She also has to endure constantly listening to fighting neighbors, screaming children, barking dogs, trouble makers outside (worrying about the safety of her vehicle), used condoms outside her door in the hallways, and other factors that make it like living in prison.

She is disabled, and they put her on the second floor! So we concluded as I listened to the sound of the heavy rain pounding my van, and watching the sky light up with lightning, that I was the one who was better off that night. At least I could breathe clean air. I felt safe. I didn’t have to endure anyone else’s noise or listen to violence other than the crackle of lightning and the booming of thunder.

For those of us with special needs or disabilities, being homeless in a vehicle can be a far better option than some alternatives. Still, the fact is, we need clean, decent, safe, and accessible affordable housing, not just affordable housing. If you think affordable housing is in short supply, the aforementioned is nearly non-existent, at least here in my area.