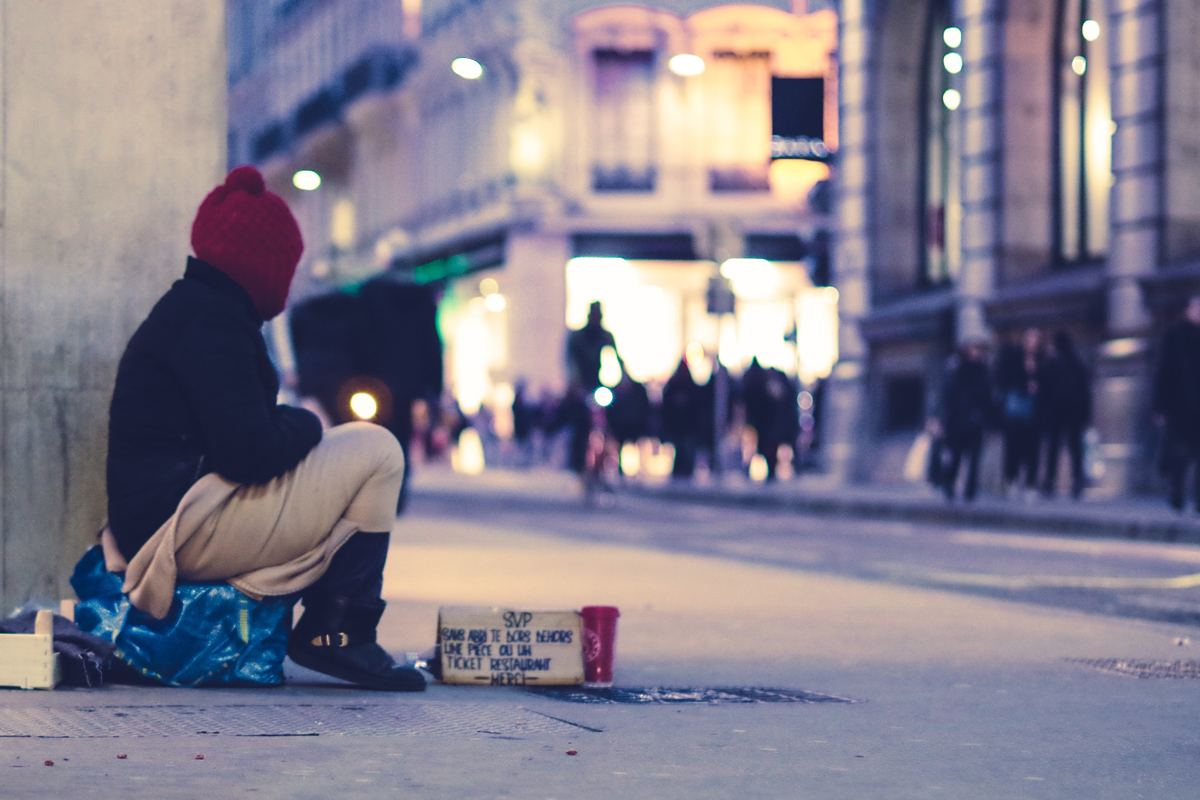 They probably would have spent that dollar you didn’t give them on basic necessities, not drugs.

The stereotypical story of homelessness a lot of people tell themselves is that the vast majority, if not all people living on the streets are there because of an addiction to drugs that they couldn’t or wouldn’t overcome.

This isn’t strictly true. In fact, it’s not even mostly true.

Untreated addictions can certainly ruin lives, eventually culminating in homelessness for the people who suffer from them. However, there are a lot of other ways to become homeless while stone-cold sober.

Granted, the stress and hopelessness of being homeless does drive people to use and abuse substances they never touched before.

But the reality of struggles with homelessness and addiction is a far cry from the fear-induced stereotype. You know, needles on every corner and a crackhead on every park bench.

I’ll say it plainly: most people who are homeless are not addicts.

Not convinced? Let’s take a look at the statistics.

Barely More Than A Quarter of Homeless People Use Drugs

The rate of illegal drug use among the general public is 19.4% as reported by the Substance Abuse and Mental Health Services Administration in 2018. An earlier study by the same institution showed that 26% of homeless individuals used such substances.

The rate of drug use among people who are homeless is noticeably higher. This fact could be attributed to the additional stressors they face due to their circumstances. Still, 26% is a far cry from all homeless people escaping their reality through drugs. (Of course, this is the stereotype perpetuated by the fear-saturated minds of NIMBYs everywhere.)

Why Does This Myth Persist?

Myths about homeless people persisting in the face of concrete evidence to the contrary is really nothing new. It seems people desperately want to separate themselves from their homeless neighbors. They want to believe there is some intrinsic difference between them that explains the disparity in their current circumstances.

It can also be a way for people to excuse themselves from interacting with homeless people they meet. The common refrain, “I never give money to panhandlers because they’ll only spend it on drugs” comes to mind.

Those who feel uneasy about interacting with homeless people use this blanket assumption as a way to distance themselves due to “safety concerns” rather than plain old prejudice. Whether there are really any safety concerns is irrelevant in this mental calculation.

Homelessness Can Lead to Addiction

The relationship between homelessness and addiction is best defined as a vicious circle. Addiction can sometimes cause homelessness. However, studies have shown that homelessness actually causes addiction. The day-to-day life of people who are homeless in many parts of the United States is so dismal, their only escape is through substance abuse.

One theory of addiction is that, rather than being genetically predisposed to it, your environment has a huge impact. For example, during the Vietnam War, drug use among soldiers was ridiculously high. It got to the point that officials back home were getting nervous about what would happen when all these drug-abusing soldiers came back home after the war was over. They no doubt pictured a hellscape in which the majority of America’s young men were at the mercy of addictions they’d developed to cope with a horrible situation, unemployable, and unproductive members of society.

Luckily, things turned out differently. Once returned to their supportive communities and stable lives, the majority of these soldiers kicked their addictions.

In a non-human example, you’ve probably heard about the studies that offered lab rats their choice of regular water or water laced with either heroin or cocaine. The story ends with the rats self-administering the laced water until they overdosed and died.

But one researcher spotted a problem with these studies.

The rats were isolated, bored, and literally had nothing better to do all day than take the one pleasure that was available to them – whatever the cost.

Dr. Bruce Alexander devised a series of experiments that have come to be endearingly known as “Rat Park.” His studies let rats socialize together in one big community. Remarkably, these rats preferred the plain water to the laced version. Even the few who did imbibe from time to time did so only intermittently, and never to the point of overdose.

From this, we can extrapolate that the environment a person is in is a major contributing factor to whether or not they’ll develop or continue an addiction. If a person feels happy, fulfilled, and connected to other human beings, they’ll be much more resistant to substance abuse.

Now, think about the daily life of a typical homeless person. Looked down on by society, ignored more often than not, and left to fend for themselves without access to many of life’s most basic resources. That sounds an awful lot more like the first scenario, doesn’t it?

When people are isolated from society and cut off from the things they need to be happy, healthy, and safe, it’s no surprise that they would turn to drugs for some measure of relief. That’s a natural response to horrible circumstances, which we’ve seen proven time and time again.

To disrupt that cycle, we need to change the circumstances.

What works is making sure the person is supported, connected, and has their physical and emotional needs met. This is not a state that is often if ever achieved while still in the midst of homelessness.

If you want to end addiction, you can start by ending homelessness. 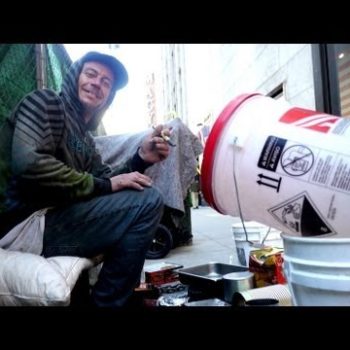 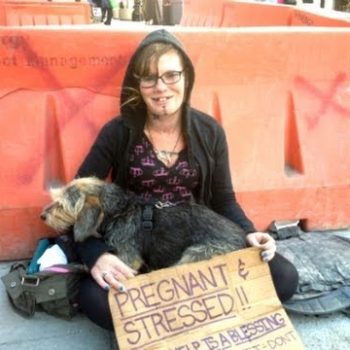