Native Hawaiians Are Disproportionately Affected by Poverty and Homelessness 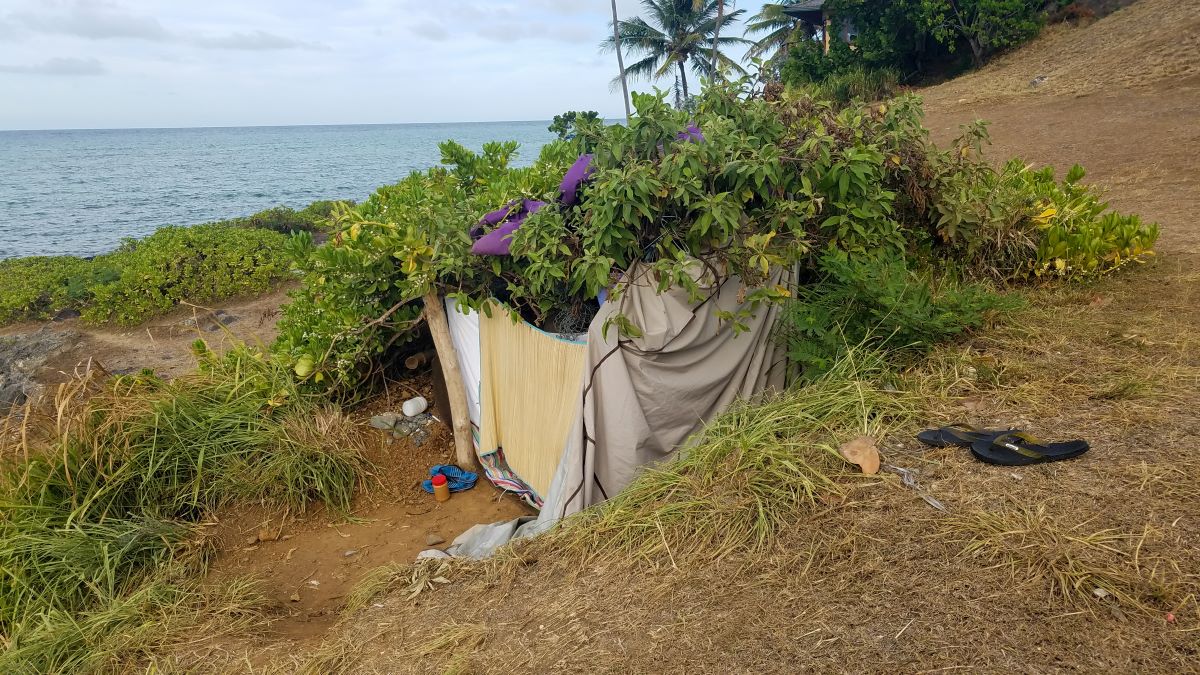 It was half-past 6, and the sun was just peeking behind the clouds. The streetlights were flickering on. I was 17 years old, recently graduated from high school, in my first year of community college. Every morning I’d catch a ride with my mom to the bus station.

Although my first class wasn’t until 11, I was out of the house by sunrise. My then-boyfriend and best friend were homeless, living in a car with their parents, in a parking lot across the street from my mom’s then place of work. We all had class that morning and often caught the 7 o’clock bus so we could arrive on campus early. We did this so they could sneak in a nap in the library, a hot meal in the cafeteria, and a shower at the gym. They also appreciated a clean, private bathroom and being the first in line to check out a laptop for the day.

Being the young and naïve girl that I was, I remember asking my friend why their parents decided to stay in Hawaii if the cost of living was so high, the wages were so low, and there was no place to live. And she said, “We can’t leave – where would we go? This is home.”

Even then, it didn’t really click for me. And to be frank, I didn’t fully understand many things about what was occurring around me until I was long gone, living in New York City, several years later.

Like myself, she and many of my peers grew up in Hawaii. Like her, we were descendants of sugar plantation workers with great-great-grandparents that immigrated from all over the Pacific. Many of us were mixed, biracial, multi-cultural, part-native Hawaiian, and the product of the era our grandparents lived in.

When she said, “We can’t leave – where would we go? This is home”, she meant it. She meant, “This is my homeland,” “This is where my mother is from,” “This is my history.”

What a statement that was. It was also a blinding look at the society we live in, where Native Hawaiians cannot even afford to live on their ancestral land anymore.

Like many, including people in my own family, they were holding out on the possibility that they would be able to reclaim their ancestral land one day. While probably not in their parent’s lifetime, they may be able to claim a homestead for their family one day.

I’m happy to share that 11 years later, their entire family is safely and comfortably housed once again in the same community where we all grew up. But that dream of one day claiming a homestead, of owning a home on their ancestral land, is still far out of reach.

Like many, they are thousands deep on a homestead waitlist.

In the article “To reclaim ancestral land, all Native Hawaiians need is a $300,000 mortgage and to wait in line for decades“, we learn the story of Zalei Kamaile. A professional ukulele player, Kamaile worked long hours for tourists saving tips with a dream of owning a home in her beloved Hawai’i Nei one day. However:

Today, Kamaile, 68, still doesn’t have a homestead. She’s about 3,500 applicants deep on a waitlist, 33 years after she first applied.

Over the next two decades, Kamaile received more than a dozen letters offering her an opportunity to get a homestead. The land, part of a 203,000-acre trust, would be virtually free under a long-term lease. But there was a catch: An applicant either had to build their own home or purchase one from a developer. At least five of Kamaile’s offers were for new subdivisions in Kapolei, a growing bedroom community in West Oahu. Amid a soaring real estate market, the homes were a bargain, costing about half the price of similar housing elsewhere.

Kamaile, however, couldn’t qualify for a mortgage. During that period, she lost her job, declared bankruptcy, and spent two years homeless, part of it living in a tent on the beach. Kamaile passed on each offering, tossing the letters in the garbage.”

In the article, “It’s Time to Acknowledge Native Hawaiians’ Special Right to Housing,” we learn the facts:

According to the 2020 Oahu Point-in-Time Count, over half of all homeless individuals identified as Native Hawaiian or Pacific Islander, although this group only represents roughly 20% of the state’s total population.

Partners in Care, a local coalition dedicated to ending homelessness, estimates that Native Hawaiians and other Pacific Islanders are overrepresented by 210% in Oahu’s homeless population.

Of all the local news outlets that reported on the 2020 Point-in-Time Count, only Civil Beat mentioned this staggering trend. 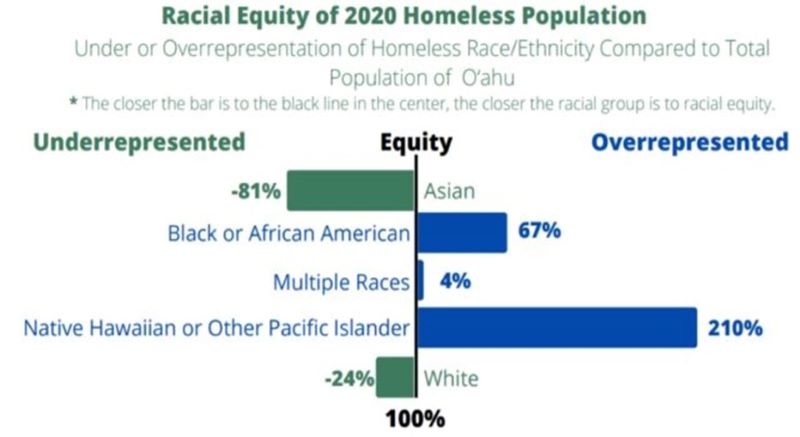 When I think of home, my heart aches.

Like myself, my aunts and uncles, cousins, and parents slowly made their way across the pond and into the states. When I came to New York City to study writing, my original intention was to bring it home and give back to my community – the same community that carried me to New York City.

But then I remembered how much my family struggled when I was a child. I remembered standing in line at the local church with my friends and their parents, for hours, to lug back bags of powdered milk to their small apartment. Gentrification found its way into my backyard, and we then rented a room in a white man’s house, a few miles from my childhood home. I remember when my grandmother sold our family home. Before I knew it, there was no one left to go home to.

I wonder if my ancestors imagined this. As they made their way across the Pacific, from Fiji to the Philippines to Hawaii and back around, could they imagine our attempt at love and kuleana – our responsibility to the land and each other, would one day scatter across the waters … as someone else eventually moved in.