Relationships, Domestic Violence, Homelessness: The Woman Who Walked Into Doors 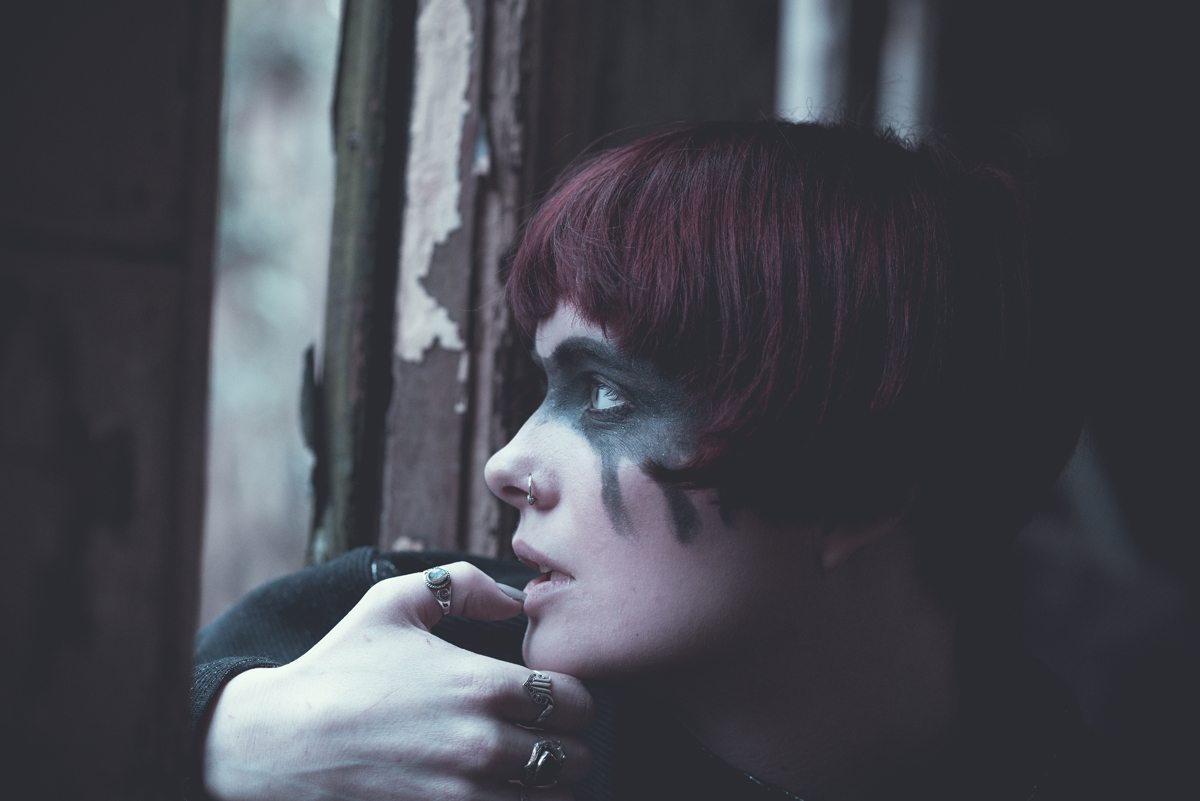 We all crave stability. Somewhere to call “home”…but what if “home” is anything but? What happens then?

“The Woman Who Walked Into Doors” is a novel by Roddy Doyle. It tells the story of Paula Spencer and her turbulent marriage to “Charlo” her violent, abusive husband. Charlo was “a catch, a ride” and Paula adored him. He was also an abusive arsehole who liked to push her around. In Paula’s words “He loved me and he beat me, I loved him and I took it…”

And she did, even when “it” put her in the hospital. Through missing teeth, broken bones and dislocated shoulders, she becomes his whipping boy, his punching bag, constantly hoping that this time will be the last, that Charlo will change and that things will go back to “normal” again.

Only this is her new normal now … And he’s just getting started.

And before you ask me no, I didn’t want to be any of these things. I just wanted him to love me.

He did at first, I think … when we were good and new and shiny. He treated me like a princess and I was absolutely smitten. Until a few months down the line he called me a cunt, and laid the foundations for our future relationship.

His language took my breath away. I couldn’t believe that this guy, my guy, my best friend and my wingman could call me such a thing. Except that he did. And then he kept on doing it.

The name-calling continued, along with slamming of doors, smashing of plates, and nasty, drunken shouting in my face. I was “Miserable”, “Moody”, a “Tramp and a whore”, a “Prostitute”. A nothing.

I talked too much, I was “giving him a headache”. I was selfish, self-centred, all about me. Spoiled, ungrateful, incompetent. I didn’t put the bins out right, fold the washing properly, I made the washing machine leak. I had rubbish taste in music. Any film I liked was terrible. I cooked dinner every evening too early or too late.

The list of my faults and flaws was endless.

And I couldn’t tell my friends because by now I had no friends. They’d all tried to warn me about him when we first started dating. But I was naive and I was blinkered and I thought that they were wrong. So when I had to choose between the two, I did … and I chose him.

And I look back now and all the signs were there, flashing, flashing, flashing, bright red neon at me. Except, I didn’t want to see them. Instead I took out all the bulbs, crossed my fingers a lot, kept my rose-tinted glasses on, and tried not to step on the cracks in the pavement.

And I learned to be quiet, and I learned to try harder. And every day I got smaller and smaller while he just grew and grew. I would sit inside this little box that he’d made for me, and I would wonder how the hell I got here. How I had become her … this un-opinionated, voice-less, sad, lonely woman who spent her days talking to herself and walking on eggshells?

I left him … several times.

Because my self-esteem was on the floor and I needed to be able just to breathe for a while. But there was this ridiculous pull towards him that I couldn’t quite explain, which meant that every time I left him, I gravitated back, no matter how badly he had treated me. In his eyes, this made him right. And so then “I” would be the naughty one and he would be the victim, and round and round and round we’d go.

Until my head was spinning.

Then things would go quiet for a while. Almost kind of normal. I would tell myself that maybe things would be ok … one, because he’d stopped shouting. But two, because I really, really wanted them to be.

But then he’d get angry again, plates started to smash, and I would know in an instant, that I’d made a mistake. That it wasn’t going to be ok. That it was never going to be ok. Because this guy wasn’t changing for anyone. Not now, not in a month, not in six months or a year.

This was him. The “real” version of him, a man who liked to mistreat women. Because he thought that violence made him strong.

I’m sitting in the garden.

It’s a beautiful sunny day outside. The neighbours smile and wave at me. They don’t hear the shouting in the living room, the kitchen, the bedroom upstairs. Or, if they do, I think they must just cover their ears. Like me, like I do.

They see, a happy, smiling woman in a garden filled with plants. She drinks a cup of coffee and she’s writing in her notebook, a happy cat purrs away at her feet. Everything looks peachy. Domestic violence doesn’t live on this street. Except that it does – you just don’t see my scars, or what I’m writing in my notebook.

Fast forward to today and I’m writing in my caravan. Because I left him again and I’m not going back. I’m starting again, with my books and my incense and the little voice in my head telling me I’m worth so much more than a drunk, angry, violent man who bends me out of shape and backs me into corners all the time.

It’s taken me a long, long time to write this piece.

Because I’m writing about domestic violence when this guy didn’t punch or kick me. I’ve never had a black eye, a broken nose, or a cut on my lip. I didn’t show any of the obvious, outward signs of abuse. But I was in that boxing ring with him every day until I left. And my head is still spinning from the fall-out of it all.

I have a trauma bond to this guy. A side effect of it all, which is the pull I feel towards him still, and which basically means that I minimise the damage, feel grateful for scraps, and wish even now, that any time my phone pings, that it’s an apology from him and that this time he means it.

That my “nice”, caring, boyfriend is back.

I really need to work on that.

Because it won’t be and he doesn’t, and I would be back where I started again in seconds. Worse, actually.

So I’d like to leave you with this if I may.

I don’t know a single woman who has ever actually “walked into a door”. But I do know a few who were pushed, slammed or thrown into one by someone who once claimed to “love” them.
And believe me when I tell you that this isn’t love. It’s abuse.

It’s frightening, it’s demeaning and it will bring you to your knees.

So if this story resonates take a good long look at your own front door. And maybe start to picture how your life could be the other side of it, with someone who is actually nice to you for a change.

With grateful thanks to Roddy Doyle for allowing me to use his title/reference the book. 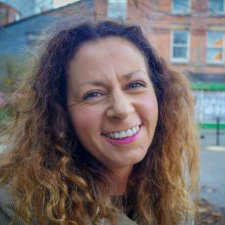 Denise Harrison is a writer, blogger and podcaster bourne out of her own personal experience of homelessness, addiction and poor mental health. Her work has been featured in publications such as The Big Issue, Metro, The Guardian and Happiful Magazine as well several not for profits. She is passionate about raising awareness and tackling stigma around addiction and mental health and recently wrote the film script for an educational film called This Is Depression. 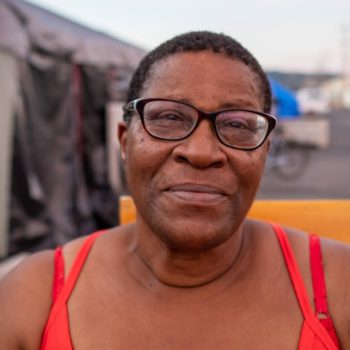 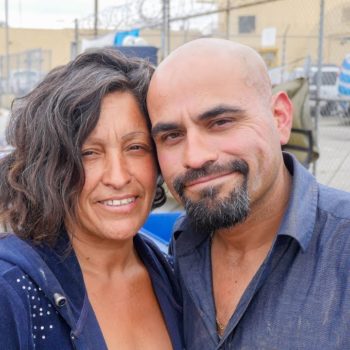