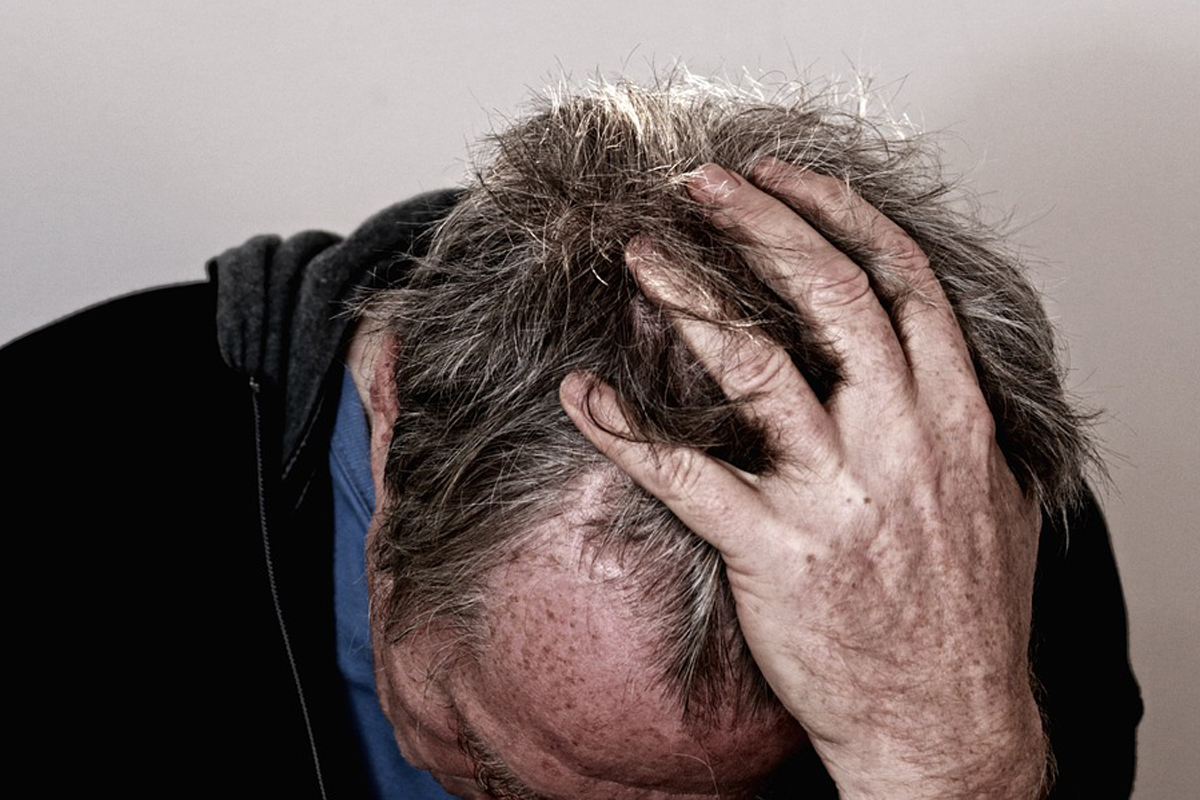 He told me that he was dead, which was at the very least confusing. I had no idea how to respond to such an assertion. I told him that he didn’t seem dead. He just shook his head sadly and said it was only because I was looking at the outside, the shell. Inside, he had been dead since the moment his wife, his kids and his dog were killed by a drunken driver.

That was more than eight years ago. He went on to explain he had been killed too, but some stupid government doctors had made his heart start beating again.

It didn’t matter – his soul was still with his family.

I had seen him around the shelter a couple of weeks before he wound up being my neighbor. He was always busy with a cigarette maker and a pile of the cheap tobacco that he tirelessly worked at to earn a meager living. Day after day you could see him standing at a utility shelf in the back hallway. He would carefully place a paper cylinder in the mechanism, pull the lever, pack the tobacco and put the newly made cigarette into a small plastic bag that held exactly eight cigarettes before starting over. Everyone in the homeless community referred to these as “8-Packs.” They sold for $1 out front and at the day shelter. There were perhaps three men in the shelter with the larger cigarette making machines that cost about $50. He was one of these.

His face seemed like that of an old Nepalese Sherpa who had summitted Mount Everest far too many times. Although he had blue eyes, his skin was deeply weathered, brown, wind-blasted and sun-scoured even here in the middle of winter. From the outset, although he was a kind person, it took him some time to open up about anything.

When he did, he told me that he was dead.

It is difficult, if not impossible, to process just how enormous the devastation of such an event would affect someone. I tried very hard to tread lightly as I strove to learn more. He had once been a successful Tree Surgeon, with his own business and a nice house. But he walked away from it all to live in a tent, gathering scrap metal and selling cigarettes to get by. I tried to find out what had happened to the house and the business property. He just told me they were a dead man’s things, he didn’t want them anymore.

I thought of the song “Empty Chairs” by Don Mclean, and it made me wonder.

If your home suddenly became an empty place, with the sounds of your every step and movement echoing back at you without any of the familiarity, how would that feel?

As you moved about, every scent, shadow, and play of light upon the walls seemed somehow foreign without the loved ones who were no longer present.

If you had returned to this from the pain of the injuries and the shock of being told that all was lost, how would you react?

We may all pretend that we would carry on … but would we?

He told me that he was dead, but perhaps that is what his house told him when he returned home. And in the face of that echoing nothingness, he just walked away to live in a tent. Perhaps a tent was all that could contain what he felt was left of him, and now he was here.

He told me some of what living in a tent in the middle of a modern city was like.

He hid his tent among trees and brush by the river, which ran through the western part of the city. To avoid unwanted attention, he couldn’t light fires for warmth. He only risked lighting a small stove inside his tent and lived off the polluted river water. To clean the water and avoid sickness, he had to obtain iodine tablets or water filters for backpacking. Food had to come mostly from dumpsters outside of restaurants or grocery stores.

Living as a recycler was very difficult. The metal he collected was often stolen. While away, he also risked losing his campsite to another squatter. And no matter how hard he tried, the police would eventually find his campsite and trash all of his meager belongings on a regular basis. He said he watched the weather, because the police often came for his tent right before a big storm. When that happened, it was best to roll everything up and try to establish a new camp in the pouring rain.

I asked him why he didn’t try getting help – find a new place, rebuild somehow, put it all behind him? He looked at me as if I hadn’t heard a thing. He had made it very clear he wanted no help of any kind because that might involve the government. And the “government” doctors had separated him from his family in the first place by saving his life.

This caused him so much rage and anger.

According to him, he was determined to never have anything to do with government in any way ever again. He would never call a cop, pay another penny in taxes or allow any doctor to look at him if that doctor took any form of payment from the government.

He was a pure anarchist … with a badly broken heart.

“Morning comes and morning goes with no regret

Empty rooms that echo as I climb the stairs

And empty clothes that drape and fall on empty chairs”

-From “Empty Chairs” by Don Mclean