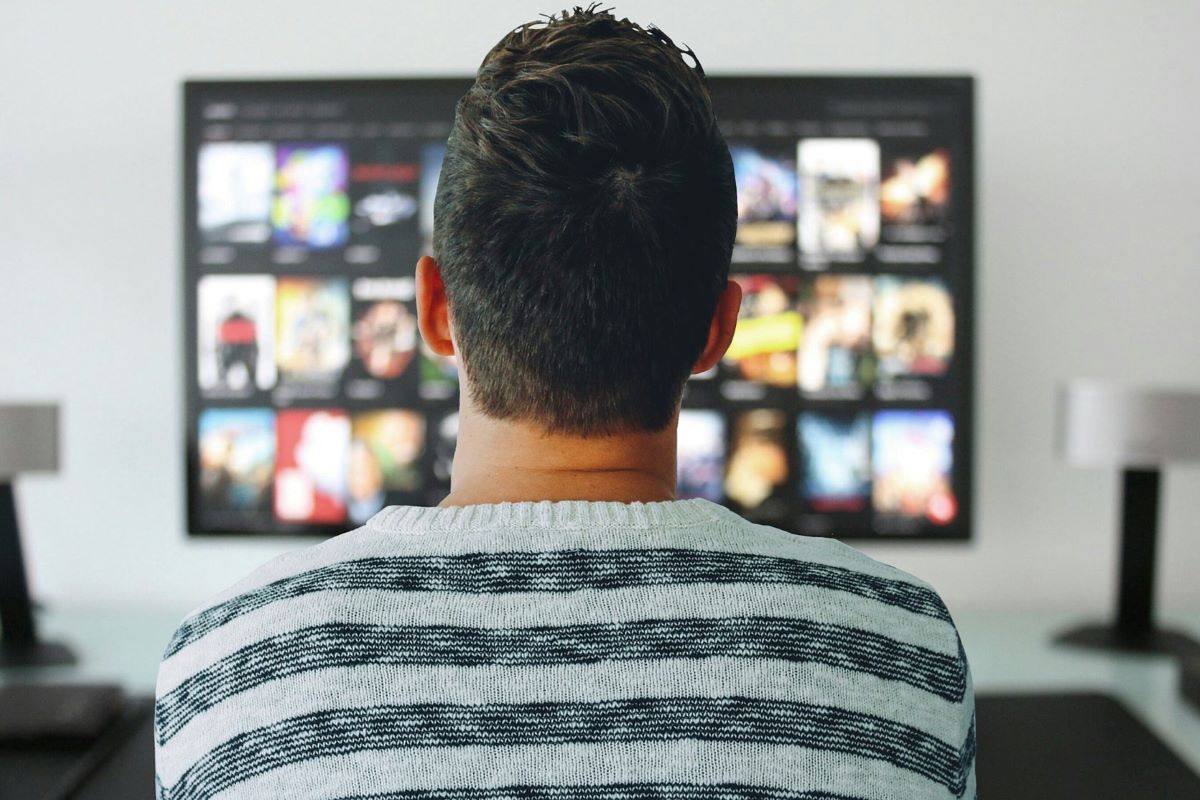 There’s a reason our publication is called Invisible People. Homelessness is an issue most choose not to see.

This variation of selective blindness garners powerful, harmful results. Yet, all those results exist behind a velvet curtain. Very few are willing to pull the rope and open up the scene. So, what ensues is a charade pulled off by crafty politicians. A show where poverty is shuffled like a deck of cards and homelessness is either criminalized or ignored. The show could not go on without a negative supporting narrative. And that, friends, is where pop-culture comes into play.

As of today, the results are in … The Center for Media & Social Impact concludes that less than .002% of the 2017-2018 News agenda focused on homelessness and/or housing instability!

This is a gross underrepresentation considering the fact that we are knee-deep in a housing crisis with more than half a million people enduring homelessness each night in the United States alone. Globally, the United Nations estimates a homeless population rounding out at about 100 million. If you take adequate housing into account, that number escalates to an astronomical 1.6 billion homeless or housing insecure individuals worldwide.

With the housing crisis becoming ever more “invisible,” those media outlets that do cover the issue often get everything wrong.

The false narrative begins almost as soon as you turn on your television set. And it doesn’t matter which popular show you watch. Researchers from the team conducted an in-depth analysis of the 40 “most-watched” scripted programs of the year. The findings were as follows:

Other, additionally disappointing finds include the general simplification of homelessness such as causes, solutions and the people most likely to experience it.

This combined with a lack of diversity among those scripting the shows to inaccurate portrayals of the American landscape and issues related to class, race, and gentrification, whispers a subtle but effective message to viewers. It says homeless people cause their homelessness. They are often victims of their own shortcomings. The only way to save them is by donating to charities or worse, by encouraging them to get off of drugs and join the workforce. Essentially, mainstream TV program is throwing homeless people in the background and telling them to, “go get a job.”

Anyone who has studied homelessness understands these harmful narratives are inaccurate. The problem is most people are not studying homelessness. They are relying on the imagery projected and that imagery, in the case of TV, is problematic and incorrect.

For viewers turning to print and digital news, the problem of homelessness seems almost non-existent.

Spoiler alert… When it comes to homelessness, the thing our top news outlets have to say is: Nothing. At. All.

A thorough examination of America’s most-read newspapers yielded slightly different, but equally disheartening results. In print and across digital news media, the homeless crisis was consistently proven to be “grossly underreported” representing just .002% of the mainstream news agenda. To put things into perspective, the Pew Research Center found that in the first 100 days following the most recent presidential election, more than 2/3 of news media was dedicated to just five topics. Here they are in order of their amount of coverage:

As you might have guessed, the majority of topics center on just one person, the President of the United States. Meanwhile, homelessness is adversely affecting hundreds of millions of people worldwide.

While underreporting is certainly the largest issue here, inaccuracies abound as well. 90% of articles that discuss homelessness oversimplify housing instability. Less than 7% acknowledge gentrification as a key problem, or even an existing problem. And much like what we see in modern television programming, approximately 50% of the mentions of homelessness are not revisited but rather, they appear as single mentions. To top it all off, when depicting the main cause of individual homelessness, news media points overwhelmingly to substance abuse as the underlying issue. This tactic is not only inaccurate but also frequently used to fuel criminalization laws.

Key Takeaway: There is an Urgent Need for Accurate, Timely Homeless News Reporting. We Also Need Insight from those Most Familiar with the Topic: Homeless and/or Formerly Homeless People

There is a growing opposition to homeless people that perhaps outpaces homeless advocacy. The criminalization of homelessness is also steadily increasing. Guess what else is on the rise? Homelessness, rent prices, and extreme poverty.

The general public deserves the truth about those living without walls. This truth may be a bit uncomfortable because it includes the fact that homelessness can happen to anyone, including them. Including you. As such, this is a pressing matter that concerns everyone across the globe.

Readers and viewers alike deserve the full story. The story seen by experts, told by those who have lived it and those still struggling within its shadows. When we fail to do that, we contribute to harmful inaccuracies that can unnecessarily enrage readers and cause them to rally against the very people they should support.

Two things can make a world of difference in the way we tackle homelessness moving forward. They are education and a change of perception. There is only one thing that can remove homelessness from our sight permanently. That one thing is housing first and for all. Without it, there will always be a homeless person suffering in silence in the background. And not just on our TV screens, but also, in the background of our lives.

Remember to talk to your local reps about the housing crisis and to urge them to do their part in making sure that everyone has a safe, affordable place to live.