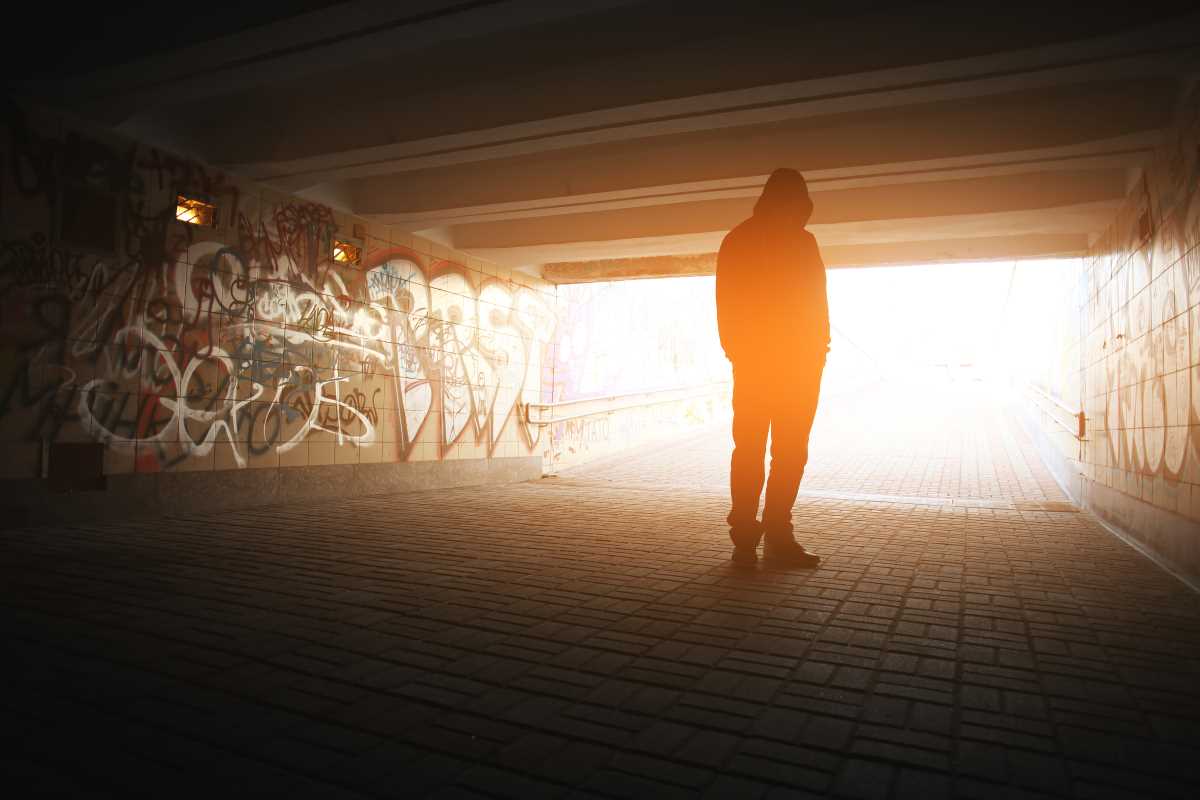 In Fact, According to a Study Published by Online Journal Development and Psychopathology and Further Explained on the Live Science Website, the Opposite Is True.

Imagine you are at a bus stop in an unfamiliar town. Two twenty-somethings approach you with the same exact story. They are out of money and need your help to get on the next bus pulling into the station.

The first individual is dressed in pristine clothes, sporting a bookbag and a hoodie from a top-tier university. The other individual is wearing worn-out jeans and shoes with soles bending at the sides. This second person looks disheveled, maybe even homeless. They carry a trash bag that seems to harbor all of their personal belongings inside.

You hate to be this person, but nonetheless, a cynical thought crosses your mind.

“What if this panhandler just wants to buy drugs, and they’re not going to use my money to board a bus at all?”

Right or wrong, the thought persists, and you find yourself in a difficult position. The question isn’t are you right but rather, who are you thinking this about?

What the general public is confused about is which class is suffering from the highest rates. In several recent research projects, psychologists have attempted to establish the connection between socioeconomic status (which includes not only wealth but also higher levels of education, better community resources, and more) and drug addiction.

What they are learning to the utter shock of some is that wealthy, highly educated individuals hailing from upper-class neighborhoods are two to three times more likely to suffer drug and alcohol addictions when compared to lower-income peers. They are also more likely to carry a drug or alcohol “phase” into adulthood from their teenage years.

Multiple factors appear to be contributing to this underreported phenomenon. Among them are:

Subconsciously, we are always seeking ways to demonize people who are homeless, poor, or living on the fringes of society. It gives us peace of mind to walk away from a panhandler assuming they will spend their money on drugs.

This is a form of dehumanization. We devalue a specific class of people in order to shift blame from the community to the individual.

In truth, the vast majority of people experiencing homelessness are not drug addicts. Understanding this fact and the way it warps social perspective is imperative to solving the homeless crisis.

When we magnify issues to create a convenient narrative, we do so to the detriment of our communities. Local governments allocate a ridiculous amount of money annually to criminalize the homeless community or force homeless people into shelters or rehabilitation programs. This is the direct result of a public misconception that homeless people and those vulnerable to homelessness are somehow more likely to be addicts than their peers.

Overwhelming evidence continues to reveal that this narrative is entirely false. Again and again, we see that poverty, stagnant wages, unemployment, and an overall lack of affordable housing are the main drivers causing the homeless crisis. Yet, even with all of the statistics right in front of us, we refuse to reject the stereotypes so deeply embedded into our national culture.

Key Takeaway: When We See Poverty, We Should Assume Poverty, Not Addiction

Using the bus stop example as a hypothetical scenario, we should remember that when people look poor, it is because they are poor, not because they make poor choices. The person living in a tent city near you is statistically less likely to be a drug addict than the 25-year-old Ph.D. holder who lives next door. Shifting public perception in the direction of individual blame is merely a deflection.

Homelessness is a structural issue, not an individual choice. Contact your legislators today and remind them that we are short 7.2 million affordable homes nationwide.