Survival Mode Meets Defensive Mode: How Housed and Unhoused People View Each Other 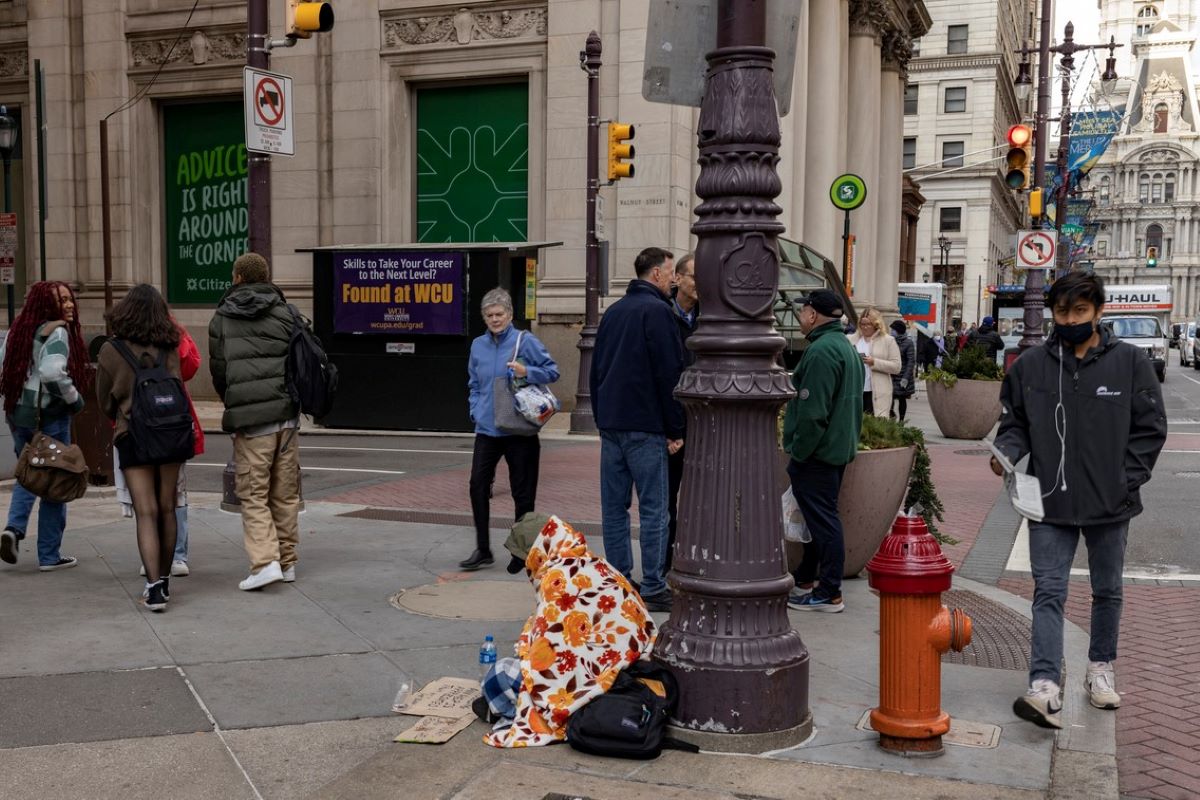 What would happen if two neighbors met at the corner of an unfamiliar intersection? One is in survival mode battling deep-seated trauma. The other is in defensive mode seeing the first neighbor as a dangerous threat.

Given these extenuating circumstances, how likely do you think it would be that these two strangers would love, cherish, and respect one another, as neighbors must, to sew strong ties in the community?

If you answered not very likely, you were right. And this is precisely the kind of interaction that we witness every time housed and unhoused community members come in contact with each other.

How did we get here? Let’s find out.

Why Unhoused People are in a Constant State of Survival Mode

A vulnerable child youth study conducted in 2012 showed that homeless adolescents demonstrated high resiliency rates. This was reflected through the adaptive skills they generated to survive.

From a purely medical standpoint, this reaction to homelessness makes perfect sense.

When a person of any age is thrust into the throes of homelessness, usually unexpectedly and seemingly overnight, it is an Armageddon of sorts. It’s the end of life as they know it and the beginning of something that can’t quite be described as living. More accurately, you would describe it as trying not to die.

When people “experience” homelessness, what they’re really undergoing is extremely traumatic circumstances that blur the lines of reality. Suddenly, something as benign as needing to use the bathroom becomes a daunting, impossible feat. Something as mundane as sleeping becomes a dangerous exercise that could give way to death or imprisonment.

People experiencing homelessness are at an elevated risk of the following simply because of their socioeconomic status:

Under such circumstances, the need for survival mode to kick in becomes urgent. A switch is turned on. A good-natured person is transformed into a shell of their former self. Their life becomes a series of actions they must conduct to maintain any level of existence.

If you’ve ever asked someone why they resorted to desperate measures during a stressful event and their response was something along the lines of, “I was just doing what I had to do” then you have met someone who was living in survival mode.

The Necessity and Ill Effects of Survival Mode

“When we experience stress, a sequence of hormonal changes and physiological responses occur in our body that allows us to respond by preparing them to fight, flight, or freeze.” (Harvard Health Publishing, 2018).

As it turns out, like homelessness, survival mode isn’t a choice. Instead, it’s a reaction to the choices of others and the adverse array of circumstances created by the environment.

When a person switches into survival mode, other brain functions, like critical thinking, emotional regulation, and problem-solving, must take a backseat to traits that prioritize self-preservation. This reaction is a positive one for a person who is in a life-or-death situation and must make the kind of fast and witty decisions necessary to stay alive without focusing on small details or working through emotional trauma.

However, Psychology Today warns that living in survival mode for an extended time can be detrimental to one’s existence. People who are living in a constant state of trauma, such as soldiers fighting in the trenches or, in this case, homeless people trying to evade danger at every turn, cannot turn their survival mode switch off.

Living in a constant state of survival mode can have all the following adverse health outcomes:

In addition to all of the above, science suggests that overexposure to stress-response hormones can also cause a person to live their life on high alert. A person in survival mode overreacts to benign situations because they appear catastrophic to them. This is an important detail because it informs us of how dangerous survival mode can be, particularly when pitted up against defensive mode.

Defensive Mode is Also an Emotional Layer of Protection

Unlike survival mode, which is offset by a series of traumatic events, the defensive mode is a feeling that festers into a pattern of behaviors. A person in defensive mode might feel as though they are in a state of emotional vulnerability. Perhaps, they believe they are being judged harshly or targeted for criminal activity. They react according to this perception.

Going into defensive mode is a common impulse when a housed person encounters an unhoused community member, even if the situation doesn’t warrant such a response. The reason for this is twofold.

Firstly, the general population is taught to perceive members of the unhoused community as individuals who possess undesirable traits and have likely been the cause of their own downfall into homelessness. This narrative, while completely untrue, does wonders for the political arena and the press, who continue to peddle the false narrative to anyone receptive.

The second part of the problem is that deep down, we suspect that the false narrative isn’t true. Most people instinctively realize that nobody is choosing to be homeless.

Knowing the homeless individual staring back at you is holding a mirror up to society inspires guilt. And guilt too can cause a person to go into defensive mode.

The Necessity and Ill Effects of Survival Mode

While the defensive mode is designed to alleviate the pangs of shame and a guilty conscience, it can also have some relatively undesirable effects. Some of the most common include:

Here we are at the intersection of a street called “Misunderstanding.”

We have an unhoused individual living in a constant state of survival mode. As a reaction to this traumatic lifestyle this person’s brain has shifted to prioritize self-preservation at all costs. This person is exhausted, anxious, weary, forgetful, impulsive, and emotionally unavailable. They want to know the person on the other side of the street, but is that even possible?

On the other side of this street is a housed person who feels both guilty and frightful at the same time. Seeing homelessness up-close and personal has caused an unwanted emotional reaction known as defensive mode. This person is feeling a sudden sense of righteous indignation and preparing for a perceived attack that has not and likely will not happen. They do not want to know the person on the other side of the street because they’ve already committed to misunderstanding them.

This is the common conundrum when housed people meet unhoused people unexpectedly in public spaces. When pitted against defensive mode, survival mode can only lead to more misunderstandings. The end result is shutting down the conversation, blocking off the intersection before anyone can pass.

Communication is Key to Solving the Homeless Crisis

If we really seek to overcome this nationwide crisis, we must learn to see one another as neighbors, community members, and friends. We must exchange stories and olive branches. We must find our footing on common ground. Sometimes, to build out, we must look within.

Please urge lawmakers to embrace housing as a human right. The truth is just as you suspected. Homelessness really can happen to anyone, including you.