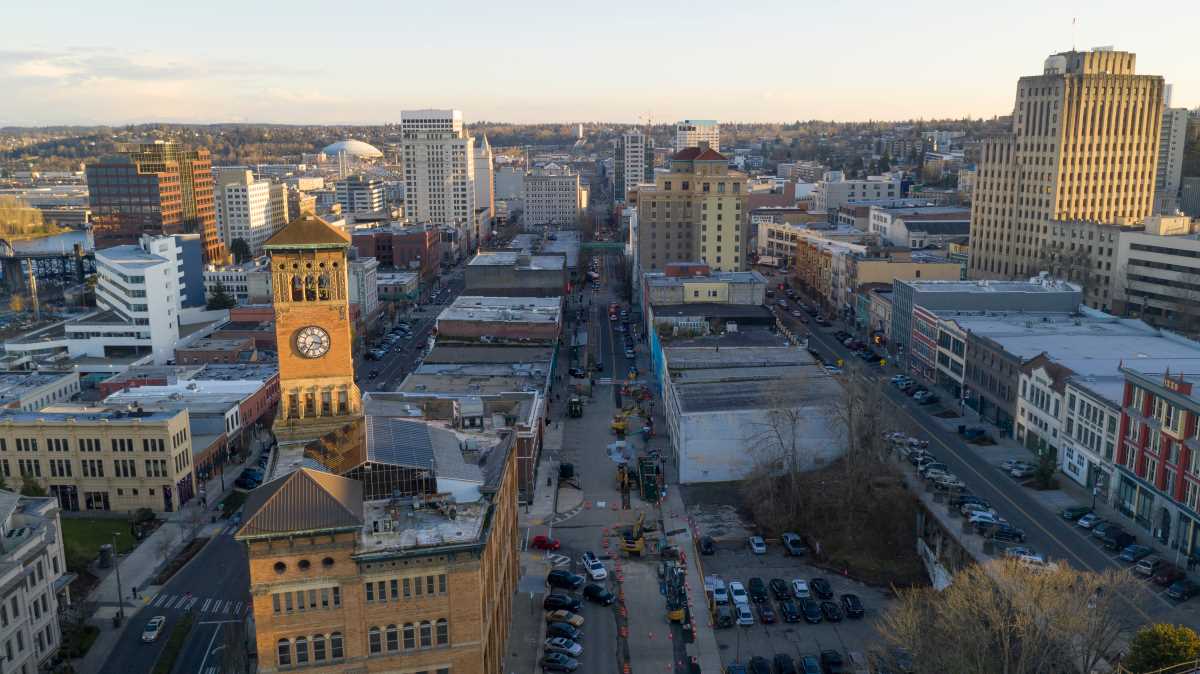 As the number of people experiencing homelessness in Tacoma, Washington continues to chase the area’s soaring home values, city leaders seem split over how to address the dual crises.

Mayor Victoria Woodard’s office and City Council have chosen to address homelessness by introducing an ordinance to make it illegal to camp on public property. According to the bill, Tacoma intends to “divert calls to the City requesting enforcement of criminal laws to using these calls for service to locate and provide shelter for people currently experiencing homelessness.”

It also criminalizes the possession of what the ordinance refers to as “camp facilities” and “camp paraphernalia.” Facilities include tents and other temporary shelters. Paraphernalia is defined as “blankets, pillows, tarpaulins, cots, beds or bedding, sleeping bags, hammocks, non-City designated cooking facilities, and/or other similar equipment.”

Anyone caught in violation of the ordinance can be charged with a misdemeanor. The offense is punishable by a $1,000 fine and a jail sentence of up to 90 days, the ordinance reads.

Ironically, the ordinance mentions the 9th Circuit case Martin v. City of Boise, which declared it unconstitutional for a city to fine individuals experiencing homelessness for sleeping outside because there is no available shelter.

However, the ordinance argues that the regulations it imposes are valid because “camping on public property is a public health and safety concern due to interference with other intended uses.”

According to the 2021 Point in Time Count of Pierce County, there are over 1,700 people experiencing homelessness on a given night. There are another 4,000 homeless families in the county’s school system. Both totals represent a greater than 30 percent increase since 2015.

Mayor Woodard introduced the bill on April 15. City Council has voted to lay it over on two successive votes. Its next scheduled appearance before the body is today, June 15.

Meanwhile, in greater Pierce County, home prices have shot up by 30 percent year-over-year as the available housing stock has been cut in half, according to data from the Northwest Multiple Listing Service. In May, the average home price was $533,000, up from nearly $400,000 at the same time last year.

The most recent data from the Bureau of Labor Statistics (BLS) shows that the Seattle area’s consumer price index increased by 1.1 percent between March and April 2021. It also remains more than three percent higher than during the same timeframe in 2020.

The increase was primarily influenced by higher prices for gasoline, used cars and trucks, and shelter. Gasoline experienced a 9.4 percent spike in prices, primarily due to the cyber-attack on the Colonial pipeline. Food prices also jumped by 0.9 percent, the BLS data reads.

To help address the rising cost of living, the city’s Planning Commission adopted several amendments to its housing plan that promote anti-displacement solutions to the area’s housing squeeze.

Known as the “Home in Tacoma project,” the plan is part of the broader revision process of the city’s comprehensive plan. If enacted, the revisions would effectively:

According to the plan, single-family zone districts would be reclassified as either Low-Scale Residential or Mid-Scale Residential types. This would allow a mix of housing types like rowhomes, mixed-use buildings, and apartments to be built next to traditional residential homes.

Tacoma plans to implement the changes through a phased approach. According to the city’s website, the first phase would revamp the legislative side, while the second phase encompasses the more substantive changes.

Housing advocates worry that the sundered approach could leave many vulnerable people to fall through the social safety net. Rebecca Parson, a spokesperson for Tacoma Housing Now, said people experiencing homelessness in the Tacoma area couldn’t wait for housing any longer.

“We want housing. We want investment in true and equitable solutions led by community members who are directly impacted by and living through the very circumstances that the city has sought to outlaw,” she said.

Unfortunately, some fear that the solution isn’t as simple as building homes and neighborhoods or adding density.

John Deely, executive vice president of operations at Coldwell Bank Bain, notes that the pandemic has caused active listings to plummet, meaning many sellers are concerned about finding another home in today’s record-breaking market.

“The dramatic increase in prices and low inventory just continue in such a way that although we have more inventory coming on the market, it is immediately absorbed because of a demand that simply cannot be met,” he said.