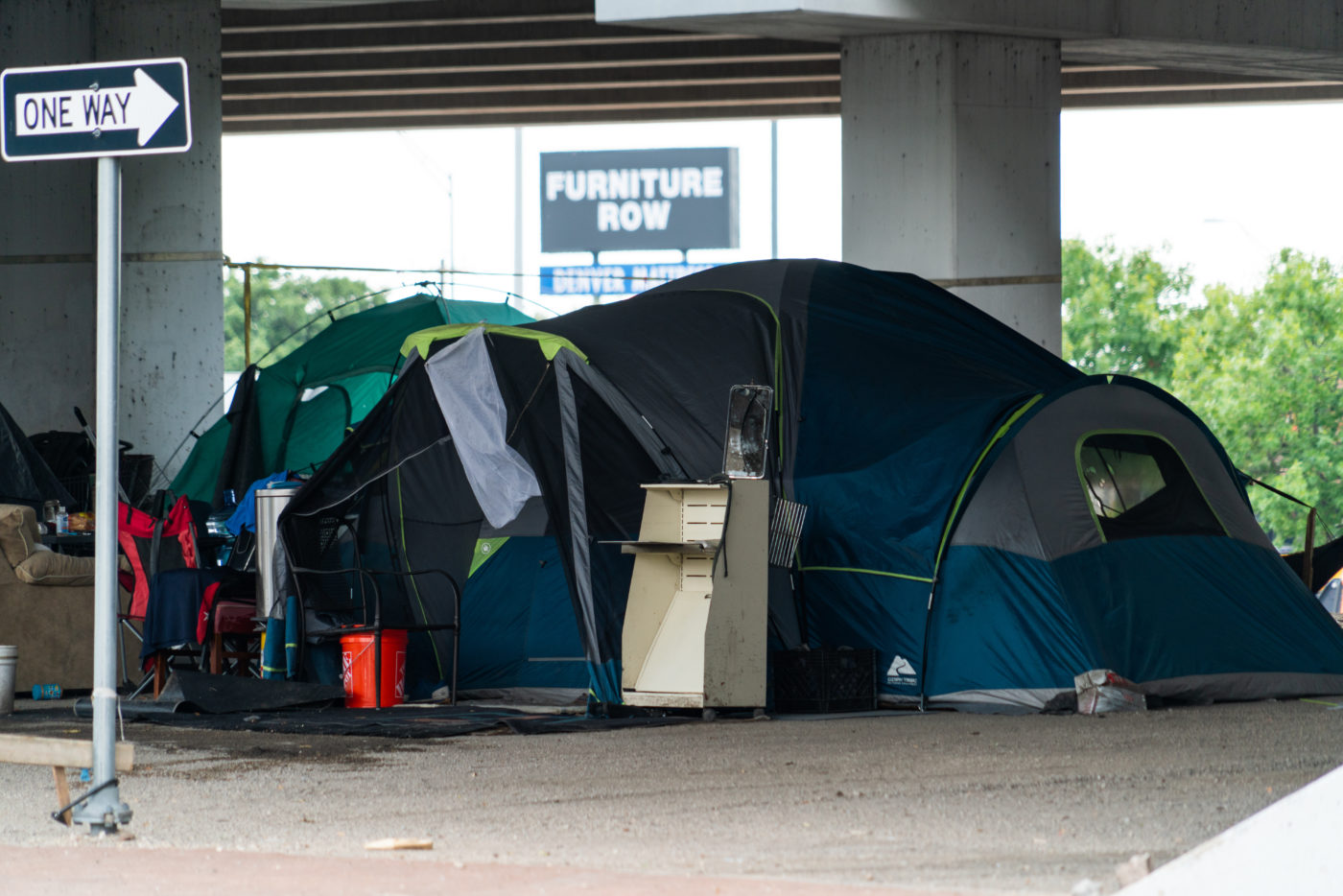 A law requiring cities to enforce a “camping ban” ordinance was one of 650 new Texas laws that went into effect on September 1. While supporters of the law say the changes it will make are straightforward, its impact on homeless people could be detrimental.

Camping ban ordinances prohibit homeless individuals from pitching tents and performing basic functions like eating or sleeping in public spaces. Several cities across the country use these ordinances to control visible homelessness while relying on other service providers to address the root causes of homelessness.

In Texas, individuals can violate the new statute for “knowingly camp[ing] in a public place without the consent of the officer or agency having the legal duty or authority to manage the public place.”

At the same time, local authorities must enforce either the Texas state statute or pass their own ordinance, so long as it is “compatible with and equal to or more stringent” than state law.

The state law considers illegal camping a Class C misdemeanor that carries a fine of up to $500 per incident.

The impact of camping bans can be life-altering for people experiencing homelessness. The law increases interactions with law enforcement—not services—and institutes fines or fees that many can’t afford to pay.

A report by the Texas Tribune found that several people simply abandoned their camps, leaving personal effects behind in some cases, to avoid being charged under the law. The remaining tents and other belongings serve as a reminder that “there is no good way to implement this proposition,” Austin City Council member Greg Casar said.

Austin has housed many people experiencing homelessness and wants to add as many as 300 more shelter beds. The city moved more than 140 people into temporary housing in converted hotel rooms and a bridge shelter. It also has plans to purchase another hotel to expand its shelter bed space. However, the plan is tied up due to opposition.

According to the latest Point in Time Count, more than 2,500 people experience homelessness on a given night in Austin. Less than 1,000 of these individuals are in the shelter system.

Austin became a flashpoint for the debate about homelessness in Texas after Governor Gregg Abbott derided local lawmakers for lifting the city’s camping ban in 2019.

Back in May, Austin voters approved Proposition B, which reinstated the city’s camping ban. According to the initiative, city officials were supposed to complete a four-phase implementation of the new ordinance within 60 days, at minimum. However, the final phase began on August 6, almost a month after the estimated timeline in the initiative.

“If Austin doesn’t reinstate the ban on homeless camping, the state will do it for them,” Abbott tweeted back in January. “Contrary to what Austin leaders think, no one has a right to urinate and defecate wherever they want. Homelessness promoted by Austin has also endangered public safety.”

If Austin doesn’t reinstate the ban on homeless camping the state will do it for them.

Contrary to what Austin leaders think no one has a right to urinate & defecate wherever they want.

Despite the proliferation of camping ban ordinances across the country, legal experts still question their constitutionality.

According to a primer on camping bans from the American Civil Liberties Union (ACLU), these bills “criminalize homeless individuals for actions that are inseparable from their status because the actions are involuntary and unavoidable consequences of being human and homeless when there is inadequate shelter.”

As such, the ACLU says many camping bans today likely violate the Eighth Amendment and possibly the 14th Amendment.

However, this is dependent on how the ordinance is enforced locally.

For example, the Department of Justice (DOJ) considers camping bans unconstitutional when either of the following happens:

This reasoning has been the basis of several court decisions that directly address camping bans and other restrictions on homelessness in public spaces.

In Denver, Colorado, a county judge ruled that the city’s camping ban is unconstitutional because it does not have adequate shelter space for the more than 6,000 people experiencing homelessness. An appellate judge overruled this ruling, but the ordinance remains the subject of other lawsuits against Denver.

The Supreme Court denied hearing an appeal of Martin in December 2019, a silent signal that the country’s highest judicial body agrees with the reasoning. At least, for now.

Anti-camping ordinances are harmful to people experiencing homelessness in many ways. The law criminalizes basic acts of survival such as eating and sleeping. It also increasing the frequency of encounters with law enforcement. People in violation of these laws are often assessed fines and fees that they can’t afford to repay in return.

That’s why you must contact your legislators. Tell them you do not support any ordinance that criminalizes homelessness. Instead, tell them you support policies that provide housing and services for those in need.