What are the chances that I meet a homeless man in Oslo, Norway wearing a Donald Trump Make America Great Again hat?

Once Börje learned I was from America he asked me if he could take my photo. I said of course but asked if he would like to record an interview. He agreed!

I met a few people sleeping rough in Oslo. Some did not speak English making it a fun challenge explaining that I wanted to give them new socks. Others were on heroin, and I will never post a video of someone wasted out of respect to the person! A few spoke at least a little English, but they didn’t want to be on video or maybe didn’t understand what a video blog is. I still enjoyed connecting with them and learned about homelessness in Norway!

There are a few minutes before this video where Börje tried to tell me how to spell his name. It was an enjoyable moment, but I still had to send a clip to a friend in Oslo to get the correct spelling. As much as I love to share stories outside of North American and the UK, there is a huge communication gap in language and culture.

One thing that I have learned in my travels is homelessness is horrible everywhere! There may be a little difference in how people sleep rough because of the weather and often different in the available drugs people use to escape the trauma that caused their homelessness or homelessness itself, but the experience of homelessness and how governments deal with the homelessness is similar.

Börje sleeps on the streets. When the weather gets wet he finds something to sleep under that will keep him dry.

Börje is from Sweden so he does not qualify to get support services in Norway! This is very common. In the States, many cities want to just provide services to people who were born or have direct connections to a zip code.

Börje likes Donald Trump. Please do not fill the comments with Trump drama. I try to keep the only political statements here on ending homelessness and nothing else. This was a fun moment between me and a nice homeless man in Norway. That is all!

Börje says he played bass saxophone on a 78rpm record back in the day. I know you all are great at finding stuff and if any of you can find a link or more information about Börje music career please share in the comments.

Special thanks to Bring Dialog for inviting me to speak at Dialogkonferansen. 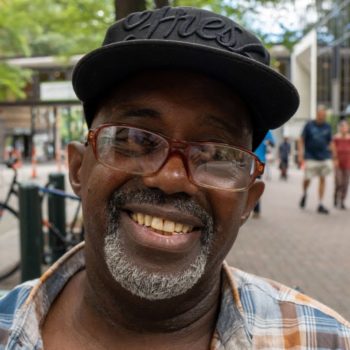 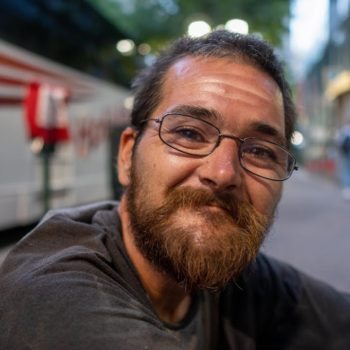