***This interview was taped on April 6th. Catherine died sleeping outside homeless and alone on April 30th.

Catherine’s story hits close to home in several ways. I know Catherine. We’ve been friends for over four years now. It’s always broken my heart that she is out on the streets, and it’s extremely frustrating she was housed and then kicked back out onto the streets for smoking cigarettes. But what really bothers me is that her only hope to get off the streets is having her hips operated on so then she can just die in a board and care facility.

Catherine was an RN. Because of a bad marriage and lack of jobs, she found herself trying to survive on welfare. GR, or general relief, barely pays for food much less housing, so she ended up in a homeless shelter.

I first met Catherine while I was working at a winter shelter four years ago. She is brutally honest, and I like people that “tell it like it is”! Catherine is one of those people who just slipped through what we call “gaps in the safety net”.

A former outreach partner of mine worked very hard to get Catherine into housing. That alone was nothing short of a miracle since Catherine keeps getting turned down by SSI. She was housed by a partner agency and all seemed to be going well. I wish I had a photo of her apartment to show you. Not sure where Catherine found everything, but she decked her apartment out good! She made it a home!

Then the building owner sold the building and everyone had to move. This partner agency relocated Catherine into a non-smoking building, which is kind of dumb since Catherine is a long-term smoker, and quitting smoking is harder than quitting heroin. Let’s be real here, homeless people smoke, so housing a homeless person that smokes in a nonsmoking building is “dumb in a no dumb zone”. I remember the day Catherine was placed back out into the streets. She left all the cool stuff she acquired to make a home and just walked out. And people wonder why some homeless people have attitudes. For all she has been through, Catherine has earned a lot of grace.

For a while, she stayed in a temporary shelter, and then was transferred to the winter shelter, and now she sleeps outside! SHE SLEEPS OUTSIDE!

Truth is, Catherine should not be homeless. It’s just ridiculous that she was housed in an apartment that clearly didn’t fit her needs. Just like in so many other people’s situations, the “system” failed.

Please share Catherine’s powerful story with everyone you know. My hope is that somehow this video will get seen by the right people who will take action to help fix the broken homeless services system. While we say “whatever it takes”, the real truth is people just like Catherine die on the streets every day! With the boomer generation reaching the senior years we are going to see a lot more people like Catherine living without adequate housing and support. If we cannot take care of one senior woman in fifteen years time we’re in a whole lot of trouble in the next few years. Distributed by OneLoad.com 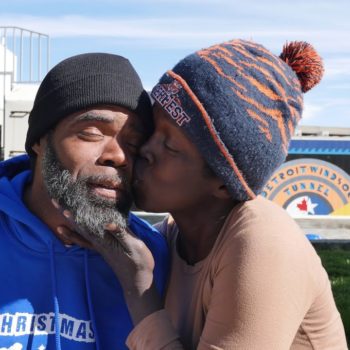 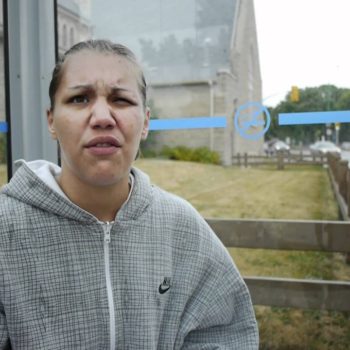