Charmain has been in and out of the New York City’s shelter system since 2005. One would think, that in that amount of time, homeless services could have helped Charmain out of homelessness. But as Charmain shares in this very important interview – NYC’s shelter system is just warehousing people with little or no support to better their lives.

Charmain is currently working part-time. She had a full-time job but had to drop hours because of the way shelter systems are setup. In New York City, they kick people out at 5am – even in freezing weather. Here in Los Angeles, it’s a similar setup at emergency shelters – people are kicked out early in the morning. But since it’s first come first served to get back in, you have to start lining up at 3pm or earlier to save your spot – otherwise you’re out in the cold! Ever try and sleep on a cot in an open room with 40 – 100 other people? Sleep is rare, so along with being kicked out and waiting in lines to get back in – looking for work is nearly impossible!

Charmin is an amazing woman struggling to survive. Homelessness is hard on everyone, but females are constantly abused or worse. It is absolutely tragic that a city as great as New York cannot get people off the streets.

I do believe there is a use for shelters, but they must only be short-term and interrogated into a support system that actually gets people out of homelessness. Most shelters are horrible places that do not provide human dignity to those who need help the most.

Special thanks to Hanes and New York City Rescue Mission. 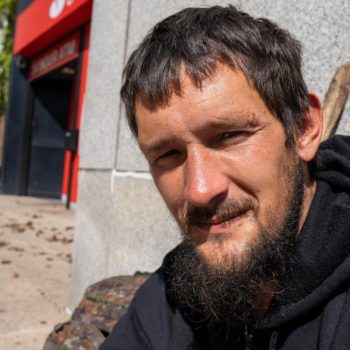 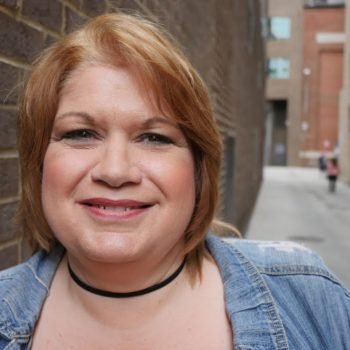