Dejaris has been homeless since he was 21. He is 39 now. That’s 18 years sleeping outside without a home.

Dejaris grew up in foster homes. Children growing up outside of their natural family often have a hard time adjusting. He talks about going through a lot of experiences including being restrained and forced medication because he was acting out.

Compared to other youth in the United States, kids who age out of foster care are more likely to not have completed high school or received a GED, they often suffer from mental health problems, many are unemployed and live in poverty, and nearly 40% become homeless.

Approximately 400,000 youth are currently in foster care in the United States. Approximately 20,000 of those youth age-out each year without positive familial supports or any family connection at all. Within 18 months of emancipation, 40-50% of foster youth become homeless. Nationally, 50% of the homeless population spent time in foster care.

Dejaris got into some trouble as a youth and ended up in jail. He continued on a path of going from program to program. Dejaris spent most of his young life in the system.

Dejaris spent most of his time experiencing homelessness in Washington DC. Dejaris schizophrenia and bipolar and says the mental health service providers are overwhelmed and undertrained. Without housing, Dejaris tries to deal with his mental illness as an outpatient.

*** the homeless man that was next to us during this interview listened to Dejaris talk about growing up in foster care. He started to think about his own family and called them. His family said come home. I ran into him at the train station as he was headed home to family. 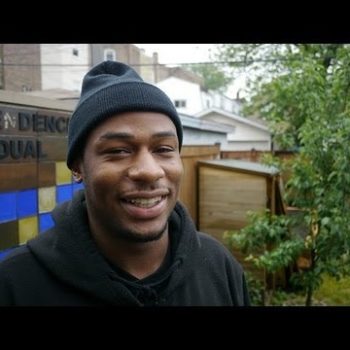 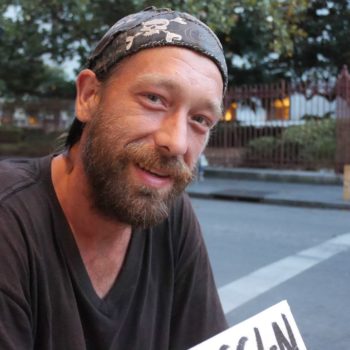