When I met Freddie, he was making a bed on the steps of a church in Hollywood. He moved to Los Angeles from Chicago to make it as a comedian. Freddie said he did really good, but then he got sick and lost the strength to perform.

Because he didn’t have health insurance, it took Freddie several years to get the help he needed. Freddie finally got the medical care he needed and says he is just now bouncing back.

Freddie says it’s hard because California is one of the most expensive places in the world to live. Freddie claims he is too old to do anything else and he doesn’t want to go back to Chicago.

Freddie sometimes works as a tour guide on busses. Because he was not able to work his money ran out. Welfare only pays $196 a month, and that’s not enough to live on much less pay for an apartment or even a room to rent.

Freddie’s only wish is that everyone has a bed to sleep in. 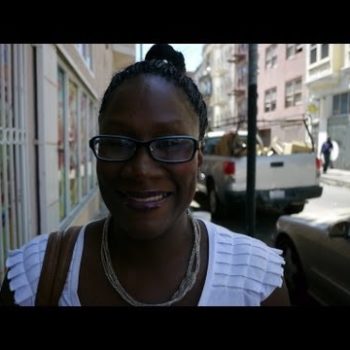 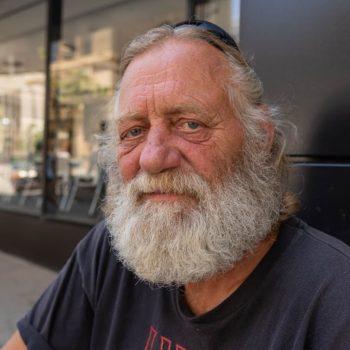