Walter and his wife are homeless in Venice Beach, California

Walter suffers from schizophrenia. Both he and his wife are kind and gentle people. Because of the affordable housing crisis and the lack of support for people who are homeless or have a mental illness, they have no choice but to sleep outside. No matter what the politicians say, there is no support to get Walter and his wife off the streets. Sadly, they have a better chance of dying than getting the help they need.

Walter and his wife lost everything in the sweeps including all of their clothes. Walter went for a cup of coffee and when he returned, sanitation workers were dumping all of their belonging in a pile mixed with everyone else’s stuff. Walter pleaded with the workers but they never give mercy.

The Mayor of Los Angeles said in an LA Times article that the city is now using a more “nuanced” approach to sweeps and that there are social workers present. The real truth is, rarely are support workers present. The reason is, there are no shelter beds and there is no housing to help people. Plus, claiming the sweeps which are aggressive as all hell are nuanced is a flat out lie.

If you live in Los Angeles follow #ServicesNotSweeps on social media or visit https://servicesnotsweeps.com. As a taxpayer, you are paying more for sweeps than you are to help people. There is something seriously wrong with that.

We wrote about it here: ‘Services Not Sweeps’ Aims to Reform Homeless Sweeps in Los Angeles. 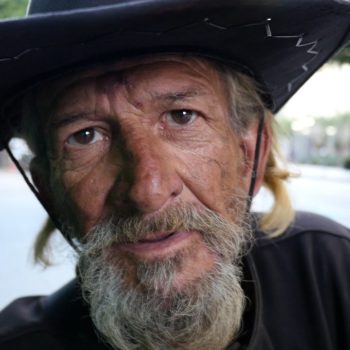