I have traveled to over 300 cities connecting with thousands of homeless people from Anchorage to Los Angeles to Tampa and to New York City, the one constant no matter where I travel is the insane amount of times a homeless person seeks help just to be turned away.

Around ten years ago, homeless service providers started to prioritize helping homeless people based on what’s known as a Vulnerability Index. These days there are other tools like the VI-SPDAT but the theory is the same – people who are more vulnerable access more services and thus cost taxpayers more money. If we house them, it would save money. It’s always about money!

As a former outreach case manager, helping people who were seriously ill with severe health conditions wasn’t about money. NO ONE should die outside without a home. NO ONE!

Dawn and her husband Mike live in a tent in Hawthorne, California. On March 21st, 2019, the couple and their three dogs were left stranded in a Walmart parking lot. Dawn says nothing prepared them for homelessness in Los Angeles County.

So the couple has food and other needs, Dawn panhandles and recycles when she is not taking care of her husband. Mike is an insulin-dependent diabetic. Because they do not have refrigeration, he cannot keep his insulin cold. Mike had four shoulder surgeries and is in chronic pain. As a result of being diabetic, he has peripheral neuropathy in his feet and hands. Most recently, Mike was diagnosed with congestive heart failure.

Mike is dying in this tent. He is extremely vulnerable. Dawn thinks the reason they have not been housed is because of their dogs, but homeless services have started to realize homeless people do not want to be separated from their pets. Having pets makes it a little harder to find housing for both housed people and homeless people, but it is possible. Case managers just have to work a little harder to make it happen.

It’s extremely upsetting that Dawn and Mike are not getting the help they need. Dawn says outreach teams show up from time to time making promises, but other than bottled water, the couple gets more help from volunteers who are part of Street Watch South Bay. 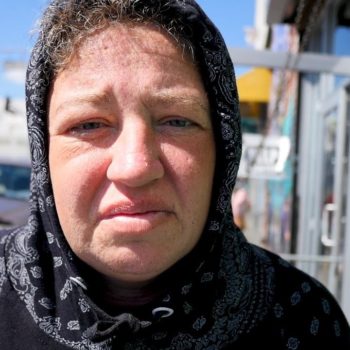 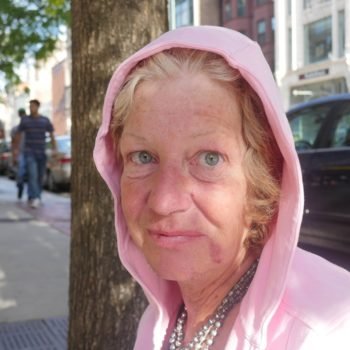