From the moment we first met, Jossalyn and I became friends. Every time I visit Downtown Los Angeles, I look for Jossalyn. She was always easy to find. Jossalyn lived homeless in an alley near Skid Row for 17 years. That’s right, she was homeless in Los Angeles for SEVENTEEN YEARS! I first interviewed her in 2016. You can watch that interview here.

I aggressively tried to get Jossalyn help, but I could not get outreach teams to visit that alley no matter how hard I tried. Jossalyn suffers from anxiety and mental illness. She cannot go to an office to sit with a case manager, and homeless services are only now slowly starting to bring services like housing to homeless people.

On my last few trips to LA, Jossalyn was not in her normal spot, at least the times when I looked. I was worried. Living on the streets is dangerous. Although I hope for the best, I fear the worst. Then on Facebook, Jossalyn’s profile pops up as a recommended friend. We facilitate an online support group for homeless people, so I am used to homeless and formerly homeless people being online, but seeing Jossalyn on Facebook was a surprise. I messaged her asking, “Is this really you?” She responds with, “Yes, I’m doing a lot better but still DT on hill ?.” That’s Jossalyn’s normal spot, so I asked her when she’d be there next.

My heart jumped seeing her, but wait – Jossalyn is no longer homeless – JOSSALYN IS NOW IN HOUSING! That is a miracle! I never thought Jossayn would get into housing, not because of her not wanting to go into housing, but because homeless services are broken.

I love talking to Jossayln. This is an insightful interview because we talk candidly about how homeless people placed into housing need a purpose and tangible social interaction. For Jossayln, she still takes a train to hang out in her same spot every day, but now that she is in housing, she doesn’t stay as long as she used to, which is why I kept missing her.

After living in that alley for 17 years, Jossayln has a community there. The store owners know her. She has regulars that walk by and give her money. Jossayln still dumpster dives, but now instead of going through the trash to survive, it’s her hobby.

The two big lessons here are that everyone can get housed and to keep people in housing, we need to give people a purpose. For Jossayln, she already has a community and purpose. Others may not have that. After a homeless person is placed into housing, there is not a lot for them to do. This is a real problem. Jossayln created her own purpose or went back to what she knew, however, homeless services needs to give out a way for the people they house to thrive, not just survive. 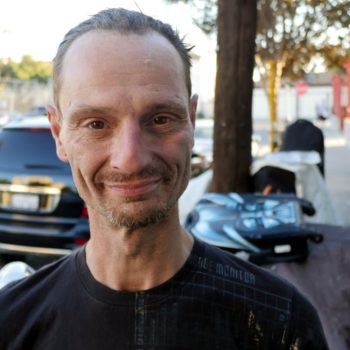 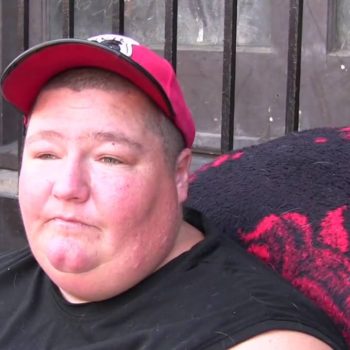