It’s freezing cold in Toronto, Canada. It’s hard to imagine homeless people sleeping out outside in this weather, but the numbers of homelessness continue to increase. I was walking around handing out socks and hand warmers. As I was talking to an indigenous homeless man who goes but the street name of “Bushman” and a young girl who probably wasn’t even 18 yet, a homeless woman goes by wearing two backpacks while pushing a cart with a suitcase precariously balanced on the top.

When I asked the homeless woman if she’d like some socks and hand warmers, her cart came tumbling down. By now I learned her name. Karla told me she has been sleeping outside homeless in Toronto for four years. Karla and I worked together to get her cart back in order and somewhat balanced. She told me she had asked someone to watch her stuff and this person did something that rearranged the order causing the cart to be unbalanced. My heart broke just thinking about how Karla lugs all this stuff around everywhere she goes. Some people say homeless people are lazy when it’s the exact opposite. Surviving homelessness is hard work, and there are no days off – ever!

After being arrested, Karla was sent to a halfway house. When that didn’t work out, Karla tried to go into an addiction treatment program, but because she was using suboxone at the time, they would not accept her. That’s how Karla first ending up on the streets of Toronto.

It’s nearly impossible to stay sober when living on the streets. Karla got addicted to heroin and fentanyl. She’s tried methadone treatment, but when the clinic closed on a holiday, Karla got dope sick.

It’s hard to describe dope sickness or opioid withdrawal to anyone who has not experienced it. Nausea, vomiting, diarrhea and/or constipation, hot and cold flashes, muscle aches and spasms, and even the sensation of bugs crawling on or under the skin all lead to one of the worst experiences imaginable. Dope sickness or even the fear of dope sickness leads to creating the cycle of addiction. A person may first start using opioids to escape emotional trauma. Once the addiction sets in, the addict now needs drugs more than they need air.

Karla is determined to wean herself of off drugs. I have huge respect for Karla for having the courage to be candid about her addiction and for working hard to get sober. She reminds me of another homeless heroin addict I met named Cameron. Cameron received help and is now married with children. He is proof that people can get sober even from the hardest drugs if we are there to help them. Watch his original interview here.

For everyone who is going to judge Karla for being a drug addict remember that as a taxpayer we pay huge money per homeless person per year that’s out on the streets. Blame them all you want – you still pay for their homelessness. The smart move is to house homeless people because housing doesn’t just save money, it saves lives. Please watch this video on Housing First to learn more. 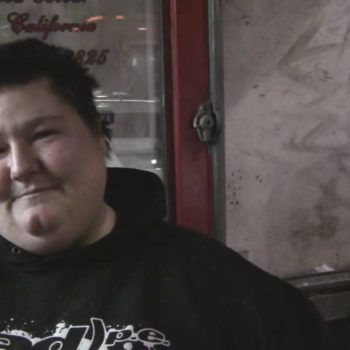 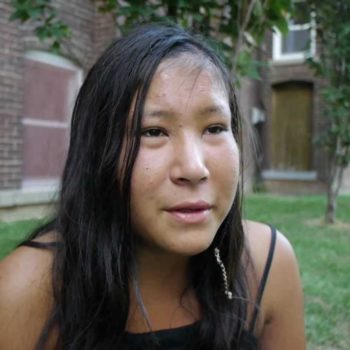