Kenneth has lived homeless in Venice Beach for five years. He once had a good job and a family, but his addiction to gambling and other circumstances took him to the streets of Los Angeles.

I first met Kenneth while taking college students from Otis College out on the streets to hand out socks to homeless people. You can watch that video here and also see when we met Kenneth for the first time.

Kenneth was so nice helping to teach the students about homelessness I wanted to do something nice for him in return. Gary Vaynerchuk had given everyone at the Vidsummit conference K-Swiss sneakers. Since I already have shoes, I just needed to find someone size 11 to give them to. Turns out Kenneth was my size, and I made plans to come back later in the day.

Turns out that when I reconnected with Kenneth, the sun was already going down. I didn’t have a light kit with me so I just rolled with it. As the interview goes on, the sun started to set making the video a little dark. I apologize for the quality of the video, but it’s Kenneth’s story that’s most important.

Kenneth worked in the aerospace industry for 13 years. When the company he worked for lost a large contract, Kenneth was forced out of his job starting the downward spiral into homelessness. Kenneth tried to stay with family but often families these days have a hard time taking care of themselves. Kenneth eventually ended up homeless on Venice Beach.

Even while living in a tent homeless, Kenneth continued to work. But it wasn’t enough to afford rent and holding a job while on the streets is nearly impossible.

Kenneth shares about how people adapt and get used to homelessness. No one wants to be homeless, but the social services system does not have enough resources to help everyone that needs help. Homeless people try to get off the streets but over time learned helplessness sets in. I strongly believe we need to get people off the streets before they get used to homeless 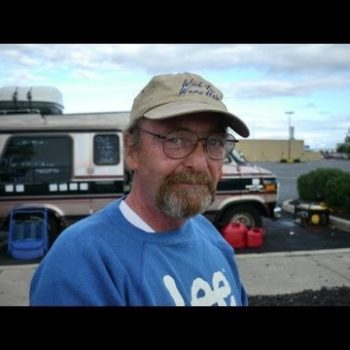 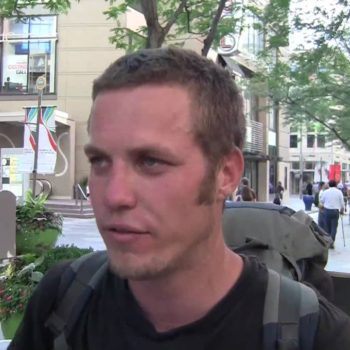